Should the Air Force bring back Warrant Officers? 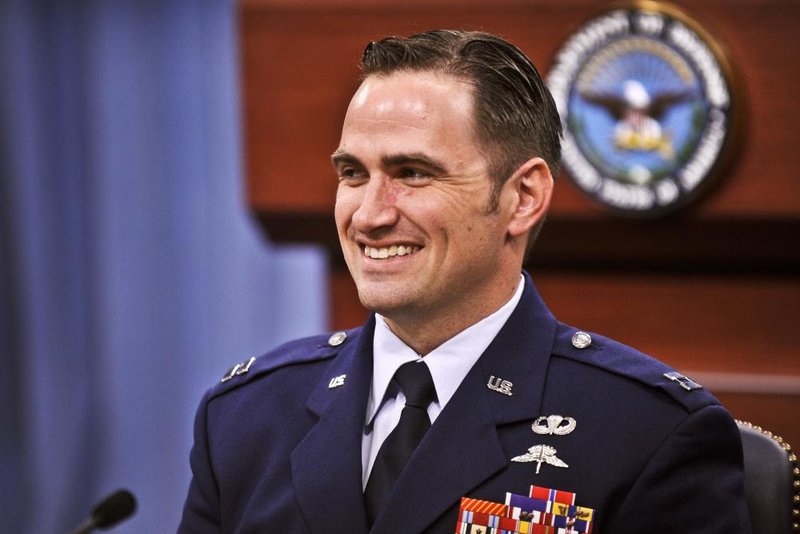 First some background, the U.S. Air Force stopped producing Warrant Officers approximately four decades ago; in light of upcoming force structure changes, do you think that it is realistic to them back? If so, what are some of the associated pros and cons to consider? Has the Air Force suffered, is it better off... or does it even matter? The idea here is to begin an inter-service discussion on the merits of Warrant Officers in the AF, and in light of reducing budgets and change throughout the ranks, do we need to consider bringing them back? There's no right or wrong answers here, just an informed discussion on possibilities and precedents. I look forward to hearing your thoughts, so pull up a keyboard and let's get this thing started, thanks for all that you do, and... see you all in the discussion threads!
Posted in these groups:

CW4 Glen Nardin
Edited 7 y ago
Posted 7 y ago
This thread has been alive for a few months, but this is this first I've noticed, so please excuse if I'm repeating what others have added. As a retired CW4 I would have a ton to add on this, but let me make a couple important statements regarding any potential return of warrants.

1. Before the question of "if" warrants would be returned to AF duty, the AF must define their place in the chain of command. Warrants in US military are commissioned officers. That, there, is a mouthful. I was a commander for 13 years, from W1-W4. How does a warrant position affect the rating system, the chain of command, and is the AF unified on that decision? I ask this because despite major advances in understanding the role of warrant officers in the Army, that point is still being debated.

2. A warrant officer is a technically and tactically trained officer, specializing in areas of expertise and often employed as advisors to the commander and team leaders of critical units. Warrants are not "3rd lieutenants," senior-senior enlisted" or "cheap" officers for 66% of the cost of O-grade officers-- all of which are the misguided views that warrants often have to guard against.

If the Air Force was to bring back the W1-W5 ranks in order to be a force multiplier, all these things have to be clarified from "Top down."
(75)
Comment
(0)
show previous comments

CW4 Glen Nardin
>1 y
CW2 Scott Williams - I've always said same. It'll never happen... When it comes down to it, officers cost more than WOs and everyone knows WOs will do the job no matter the pay. They already offer incentive pays for pilots, med MOS and others.
(2)
Reply
(0)

SSgt Matthew Ward
>1 y
Glen, I agree those points should be clarified upon reinstating these ranks, but that is not what is in question here. The question is if there is a need for warrant officer at all. An investigation should be made to determine if the need for reinstating the WO ranks is great enough to justify the cost of doing so. At that point in time the decision to reinstate them would be made, THEN your points would be clarified to fit the needs of the AF.
(2)
Reply
(0)

CPT Larry Hudson
15 d
Commissioned officers are from congress. Warrants are not commissioned but rather warrented
(0)
Reply
(0)

SGT Thomas Sullivan
Posted >1 y ago
True story, down in MacDill AFB, I was lucky enough to meet one of the few surviving retired AF warrant officers. This conversation came up with him while talking with a few fellow soldiers and airman at a "getting out" meeting.<br><br>The general consensus at least from people working in STRATCOM and Missidle/Space is that we have too many young Air Force Officers filling roles that could and probably should be filled by enlisted and warrant officer roles. Especially in the satellite control and missile control fields.<br><br>Giving Enlisted members in the airforce a chance to fly as warrants I think would also be an excellent tool at retaining some very good skillsets in the military.<br>
(68)
Comment
(0)
show previous comments

SP5 David Scott
>1 y
Do believe that there were sergeant pilots during WWII, but not here. Could be a good thing to have, considering the attrition rate.

SPC Mike Davis
>1 y
SP5 David Scott - There were indeed Sgt pilots in WW-II. Gen. Yeager was one, Bob Hoover was also an enlisted pilot. Now...to why there are no warrants in the Air Force. The truth is hard to find, but, is there if you look for it. NCO pilots were hated and I do mean hated by commissioned officers during World War-2. These loyal and patriotic officers were more concerned about enlisted pilots than they were about winning the war. Threir complaints were so loud (at a time of national emergency and very desperate hours.) It even reached the president's desk. Who asked "could we not make them (enlisted) 3rd Lt.'s? So the position of "flight officer," was created. A flight officer was a warrant officer. Enlisted with a warrant. Needless to say this position continued throughout the war. Some were always sgt's, some flight officer (warrants) and some commissioned. This social breach (enlisted/warrant pilots) was more than commissioned officers could stand. A sgt/warrant a PIC/ flight commander/Sq. commander! Was, to an officer a situation that was unacceptable. Thus, when the Air Force was formed as a separate branch. No warrants/enlisted pilots were ever appointed. And that is why no warrants are in the Air Force to this day. It is an outrageous social challenge to the aristocratic hoity-toity commissioned officer. What I have posted here is historical truth. Look it up.
(5)
Reply
(0)

SPC Mike Davis
>1 y
MSgt Paul Connors - Sounds like the commissioned Air force is still at it. Good men were dying in Europe and Pacific for lack of air cover and the commissioned officers in the early 1940's were doing all they could to stop enlisted pilots. Shameful that no action was taken against these sorry commissioned brutes!
(3)
Reply
(0)

MSgt (Join to see)
Posted >1 y ago
I have always been a supporter of bringing them back. We could cut some company grade officer slots and move a select few SNCOs into the WO ranks. I think this would be particularly good for Maintenance Officers. The Cons would be based on who was looking at it. For Os it would be changing up the status quo. For Es it would remove some top level jobs from SNCOs that wouldn't become WOs.
(31)
Comment
(0)
show previous comments

MSgt John McGowan
3 y
Maj John Graham - Sir I do and do not agree with you on one of your statements. As a maintenance NCO back in the day and as a lifelong maintenance type I think a SNCO's job needs to be more detailed than just manageing lower ranked enlisted. I have faced a lot of more SNCO's and maintenance officers than I care to remember over technical issues where I had to know just how and what my equipment was suppose to do. In my civilian career where I had a supervisor ( Navel Academny) tell me to change a 40 HP motor when I knew it wasn't bad but several electricians told him it was bad. The supervisor trusted me but he ended up asking me to change the motor, which I did. To make my point, I knew the equipment but he didn't. I was the expert but didn't have the horses to change anything. Good for sometimes heated discussions.
(3)
Reply
(0)

1SG John Millan
1 y
Managing is not leadership. Therer is no place for managers in the US military anymore. The Army had senior specialists in the 60's through the early 80's and phased them out. The AF should have senior sepcialist grades if they are "managers," but that is obviously a rhetorical point, as the senior sepcialists are gone and the AF never had any at all. If someone wants teh NCO pay, they should be a leader and NOT a manager. I think those who are manager-minded vs la eader, should be weeded out. The AF and the Army BOTH need to make E-4 a NCO grade and phase out SRA and SPC. Make the E-4's slotted team leaders and NCO's with promotion prerequisites the same as sergeants. This would save a HUGE amount of pay money in the DOD. Then, make Sr. NCO's with a master or PhD degree W-2 for Master and W-3 for PhD after WOCS and then give them a chance to move up to W-4 and 5 over time, to have salary that is comeasurate with education. It is INSANE to pay E-8 or 9 pay to a PhD holder. Making senior NCO's with advanced degrees warrants would create a specialized officer corps like the Army has and free up the stagnated senior NCO positions. Addittionally, making enlisted personnel startting at say E-6 level or promotable E-5's who are eligible to be pilot warrants, with the cut off age at 41, to allow for 20 years service as a WO. W-2 makes basically 1LT pay, W-3, is basically CPT, W-4 basically major and W-5 is basically Sr. Lt. Col. or full-bird colonel pay. so it is crazy keeping these senior NCO's with advanced degrees stagnant in lower pay grades. Their stagnation jams the whole enlisted promotion system in the AF on down to E-5. Freeing the log jam at the top will help everyone. Plus, by the time an E-6 with 10 years finishes WOCS and flight school, basically 2 years, he-she will be at or over the 12-year mark and the AF could require 6 years of service, which would put them on average at 18 or more years, so despite the nonsensical mantra from AF brass about them getting out to fly commercial, they will likely stay in at that point to get their last 2 or less years and get their 20. A lot of AF pilot officers go in to do their time and get out to be a commercial pilot. The enslited WO pilots would be already careet NCO's with enough time in that they would stay the long haul in many or most cases.
(4)
Reply
(0)

SSG Samuel Kermon
3 mo
Seems it would open up a realistic path for upward advancement for enlisted personnel.
(1)
Reply
(0)