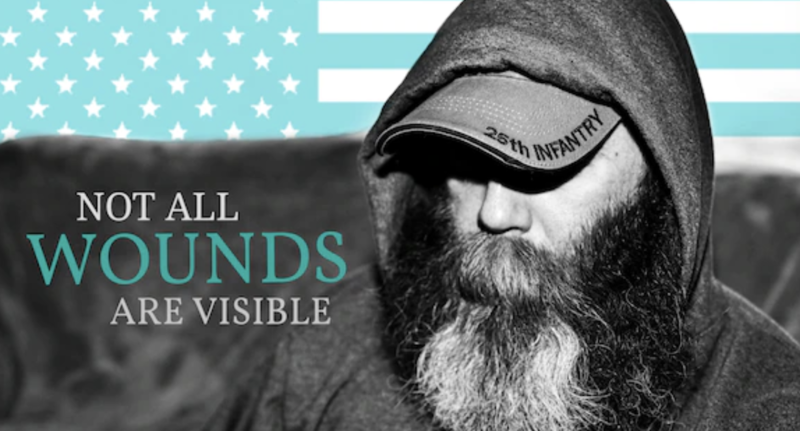 As both the Veterans Administration (VA) and outside medical professionals and facilties look to expand access to mental health services to reach an even greater number of veterans and subsequently lessen the high rates of suicide within the population, the VA, the healthcare industry at-large and political leadership on the federal and state levels should continue to focus on greater efforts to reach rural veterans.

According to data collected by the Census and American Community Survey (ACS), 25% of veterans live in rural areas of the country. But many rural communities face unique circumstances and challenges surrounding healthcare access, especially in relation to mental health care. Resources at non-VA, rural care centers can be scarce, especially as more rural hospitals and medical care facilities face increasingly difficult financial constraints. The uptick in rural hospital closures, which reached a record high in 2020, leaves a glaring gap in veteran’s healthcare services for those receiving care outside of the VA system that leadership can actively work to close.

This is particularly important when it comes to mental health services. According to the VA’s Office of Rural Health, rural veterans are in fact more likely than their urban counterparts to experience the effects of depression and remain at a considerably higher risk of suicide. This is made worse by the fact that there are significant shortages of trained mental health professionals in rural areas, where a greater number of veterans need their services.
Here are a few steps worth considering to ensure that rural veterans receive the mental health care they need:

1. As several states have already explored, legislatures could consider including budget provisions for the expansion of psychiatric residency programs within their state so that more individuals can receive psychiatric education. Residents who express a particular interest in rural and/or veterans’ mental health could specifically be recruited by schools in states that have a high percentage of individuals in need of mental health care within these populations. Residency programs could also be tailored so that those residents who want to serve rural Americans and veterans have the opportunity to practice medicine directly with those populations. Expanded residency programs and positions would allow for diversity within target focuses in the psychiatry field.

2. Some state legislatures and political leadership have also explored making mental health training available for a wider array of healthcare professionals. Allocating additional resources to provide more rigorous mental health education and training to nurses and healthcare practitioners would help provide more existing points of contact for veterans to receive mental health care from without having to find an additional provider for such services, which as mentioned previously can be a difficult task in rural areas.

3. If approved, President Biden’s recent infrastructure plan would allocate $18 billion for veteran-specific projects, including funding to update and/or replace between 10 and 15 VA hospitals in need of major infrastructure improvements. Though the bill has not been finalized and specific VA hospitals potentially benefiting from the initiative have not been indicated, the administration might consider directing some of that funding to VA hospitals that serve a vast majority of hard to reach portions of the veteran population, including rural veterans. Modernized facilities would better accommodate advancements in technology that could help in the effort to reach a wider swath of the population.

4. Federal legislators should continue to make the commitment to actively produce and support legislation that considers how to better provide for hard to reach veterans. H.R. 2441 is a bill which passed in the U.S. House of Representatives last month that serves as a great example of targeting specific hard to reach sectors within the veteran population. H.R. 2441 not only seeks to expand the Rural Access Network for Growth Enhancement Program, a Department of Veterans Affairs program which provides much-needed outreach to rural veterans struggling with mental health, but would also require that federal officials actively and ardently study and track the efficacy of mental health services provided in rural areas. If the bill becomes law, it would be a major step forward in improving rural veteran mental health care. Please contact your senators today and encourage them to support H.R. 2441 and similar measures.
Posted in these groups:

GySgt Steve Chesney
1 mo
Iam 100% disabled for PTSD. It took almost 35 years after returning from Vietnam for it to show it’s UGLY HEAD!! I kept denying it! It had to destroy my marriage, and make my family hate before I went to see the VA for help. It truly is the Wound that isn’t visible!!
(2)
Reply
(0)

SGT David Schrader
1 mo
There is no reason that we should have homeless Veterans and no Veteran should be without medical and mental health services.
It’s a crime that illegal aliens get all the treatment and housing that they need, but our own Veterans who put their lives on the line to fight for our freedoms get screwed.
(1)
Reply
(0)

SSG Edward Tilton
Edited 1 mo ago
Posted 1 mo ago
A crock, when I moved to Cochise County 14 years ago, I was able to get my psychiatric care at the Army Hospital from the VA. The clinic was in the same building. Two years later they closed the co located Clinic and opened one off base. The Army eliminated treatment for everyone but active duty and the clinic had “””PTSD groups””” which turned out to be for ERA VETS almost none of whom had actually been in Vietnam or in Combat.they spent every meeting discussing diabetic treatment and Vietnam was never discussed. I tried to get individual therapy but they required a two hour “ interview” with a Social Worker. She would not allow my wife to be present and insisted on bringing up classified information. It has been years since I even asked. The VA has a program that they are doing, they are tailoring treatment to justify their findings. The patients are predetermined to justify their “findings”.;
(2)
Comment
(0)

SGT David Schrader
1 mo
I feel blessed to have received the treatment that I have received. I am in hopes that the VA will continue to improve
(0)
Reply
(0)
Show More Comments
Read This Next
RallyPoint Home