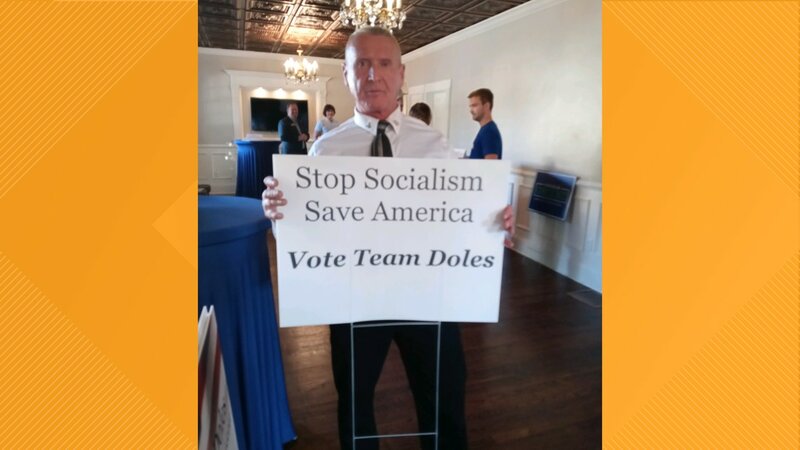 Posted from 11alive.com
Posted in these groups: State of Georgia

PFC David Foster
Posted 5 mo ago
Don't you just love the way the far-right blames everything on Socialism in America, which doesn't even exist.
(7)
Comment
(0)

PO1 William "Chip" Nagel
5 mo
PFC David Foster Reich Wing, Fascist and Klansman. Of Course "Once Upon a Time" Dixiecrats, Traitors, Loyal to the Confederacy, they changed parties after Lyndon Johnson signed the Civil Rights Act. We Know Which Party they Belong Too Now!
(3)
Reply
(0)

SFC Casey O'Mally
5 mo
Socialism DOES exist - to an extent - in America. And that extent is growing.

Taking from the rich (i.e. progressive taxes) and giving to the poor (i.e. Medicaid, TANF, SNAP, Section 8, etc.) is a form of socialism. Social Democracy still falls under the socialist umbrella, albeit a far different regime than communism, which also falls under that umbrella.
(0)
Reply
(0)

...""I’m a fourth generation Klansman. What do you think happened to the robes?" Doles asked during a September 2019 interview with 11Alive News. "They’re hanging up. They’re family heirlooms."

Doles was the man behind a raucous 2019 rally in Dahlonega in support of then President Trump – which drew hundreds of counter protesters.

Now, he is running for a seat on the Lumpkin County Board of Commissioners.

"This critical race theory thing is one of the biggest motivations I’ve had," Doles told 11Alive News Friday. "It’s an anti-American racist agenda and it tries to send a sense of white guilt into innocent young children."

Doles doesn’t hide his history but said he has traded it in for Republican politics. "I denounce racism. I said it was youthful indiscretions," he explained Friday.

And when asked about Lumpkin County's and America's appetite for his message, Doles said "Well, its pretty much in line with all Republicans. We said it before it was popular."...
(4)
Comment
(0)

PO1 William "Chip" Nagel
5 mo
SGT (Join to see) I think Most of Us have Figured Out when the Bring Up "CRT" they Might as Well Put on their Klan Sheets!
(2)
Reply
(0)