"California Gold Rush
The discovery of gold nuggets in the Sacramento Valley in early 1848 sparked the California Gold Rush, arguably one of the most significant events to shape American history during the first half of the 19th century. As news spread of the discovery, thousands of prospective gold miners traveled by sea or over land to San Francisco and the surrounding area; by the end of 1849, the non-native population of the California territory was some 100,000 (compared with the pre-1848 figure of less than 1,000). A total of $2 billion worth of precious metal was extracted from the area during the Gold Rush, which peaked in 1852.

Discovery at Sutter’s Mill
On January 24, 1848, James Wilson Marshall, a carpenter originally from New Jersey, found flakes of gold in the American River at the base of the Sierra Nevada Mountains near Coloma, California. At the time, Marshall was working to build a water-powered sawmill owned by John Sutter, a German-born Swiss citizen and founder of a colony of Nueva Helvetia (New Switzerland). (The colony would later become the city of Sacramento.) As Marshall later recalled of his historic discovery: “It made my heart thump, for I was certain it was gold.”

Just days after Marshall’s discovery at Sutter’s Mill, the Treaty of Guadalupe Hidalgo was signed, ending the Mexican-American War and leaving California in the hands of the United States. At the time, the population of the territory consisted of 6,500 Californios (people of Spanish or Mexican decent); 700 foreigners (primarily Americans); and 150,000 Native Americans (barely half the number that had been there when Spanish settlers arrived in 1769).

News Spreads
Though Marshall and Sutter tried to keep news of the discovery under wraps, word got out, and by mid-March at least one newspaper was reporting that large quantities of gold were being turned up at Sutter’s Mill. Though the initial reaction in San Francisco was disbelief, storekeeper Sam Brannan set off a frenzy when he paraded through town displaying a vial of gold obtained from Sutter’s Creek. By mid-June, some three-quarters of the male population of San Francisco had left town for the gold mines, and the number of miners in the area reached 4,000 by August.

As news spread of the fortunes being made in California, the first migrants to arrive were those from lands accessible by boat, such as Oregon, the Sandwich Islands (now Hawaii), Mexico, Chile, Peru and even China. Only later would the news reach the East Coast, where press reports were initially skeptical. Gold fever kicked off there in earnest, however, after December 1848, when President James K. Polk announced the positive results of a report made by Colonel Richard Mason, California’s military governor, in his inaugural address. As Polk wrote, “The accounts of abundance of gold are of such an extraordinary character as would scarcely command belief were they not corroborated by the authentic reports of officers in the public service.”

The ’49ers Come to California
Throughout 1849, people around the United States (mostly men) borrowed money, mortgaged their property or spent their life savings to make the arduous journey to California. In pursuit of the kind of wealth they had never dreamed of, they left their families and hometowns; in turn, women left behind took on new responsibilities such as running farms or businesses and caring for their children alone. Thousands of would-be gold miners, known as ’49ers, traveled overland across the mountains or by sea, sailing to Panama or even around Cape Horn, the southernmost point of South America.

By the end of the year, the non-native population of California was estimated at 100,000, (as compared with 20,000 at the end of 1848 and around 800 in March 1848). To accommodate the needs of the ’49ers, gold mining towns had sprung up all over the region, complete with shops, saloons, brothels and other businesses seeking to make their own Gold Rush fortune. The overcrowded chaos of the mining camps and towns grew ever more lawless, including rampant banditry, gambling, prostitution and violence. San Francisco, for its part, developed a bustling economy and became the central metropolis of the new frontier.

The Gold Rush undoubtedly sped up California’s admission to the Union as the 31st state. In late 1849, California applied to enter the Union with a constitution preventing slavery, provoking a crisis in Congress between proponents of slavery and abolitionists. According to the Compromise of 1850, proposed by Kentucky’s Senator Henry Clay, California was allowed to enter as a free state, while the territories of Utah and New Mexico were left open to decide the question for themselves.

Lasting Impact of the Gold Rush
After 1850, the surface gold in California largely disappeared, even as miners continued to arrive. Mining had always been difficult and dangerous labor, and striking it rich required good luck as much as skill and hard work. Moreover, the average daily take for an independent miner working with his pick and shovel had by then sharply decreased from what it had been in 1848. As gold became more and more difficult to reach, the growing industrialization of mining drove more and more miners from independence into wage labor. The new technique of hydraulic mining, developed in 1853, brought enormous profits but destroyed much of the region’s landscape.

Though gold mining continued throughout the 1850s, it had reached its peak by 1852, when some $81 million was pulled from the ground. After that year, the total take declined gradually, leveling off to around $45 million per year by 1857. Settlement in California continued, however, and by the end of the decade the state’s population was 380,000."the 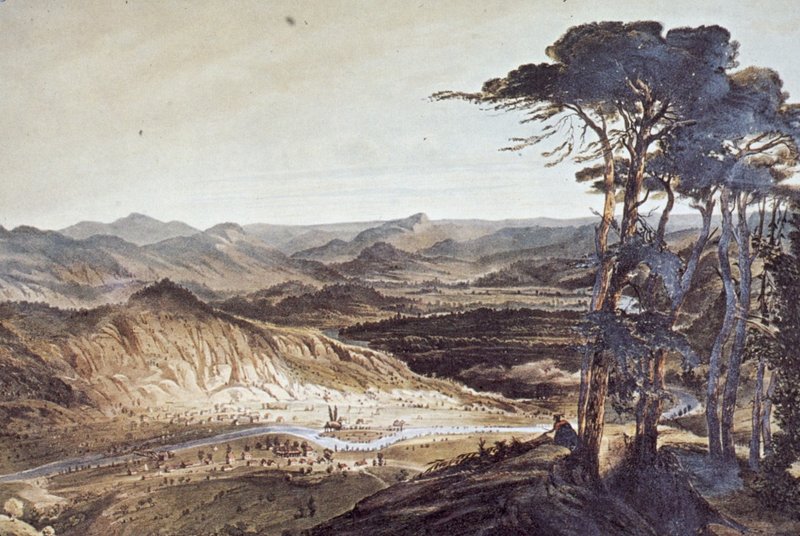 Lt Col Charlie Brown
Posted 3 y ago
Definitely set off a landslide of madness in California. We saw similar things in the Dakotas...
(4)
Comment
(0)