Collusion Is Worse Than a Crime 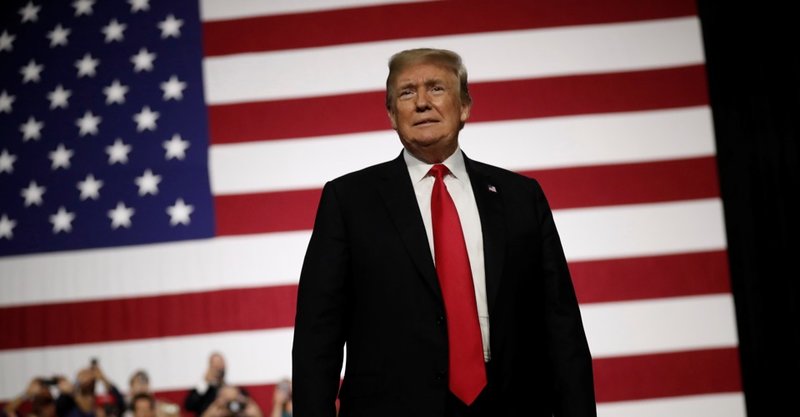 Collusion Is Worse Than a Crime

Cpl Jeff N.
Edited 4 y ago
Posted 4 y ago
And the fact still remains after all of David Frum's typing away in tis article that there is no crime called collusion. It is not defined in the statutes anywhere. Many of us have been saying this for many months, collusion is not a criminal offense, the left has been slinging the word around like it meant something for almost 2 years now. Now that they have come to realize it is meaningless, they are trying to change the word.

Those of you on the left are going to be very disappointed when all of this ends without a single solitary charge or hint of a charge against Trump. The left in the media right now are acting like the Manafort Trial has something to do with Russian interference in our elections. It does not and they simply mislead the willingly misled.

Collusion is not worse than a crime, it is not a crime and it is not even defined in statues. We do know than the DNC and the HRC campaign paid a British agent to dig up dirt on Trump from Russian sources. We know this because the Obama administration used this info as evidence to get a FISA warrant against a US citizen who to this date has not been charged with anything.
(8)
Comment
(0)
show previous comments

SSG(P) (Join to see)
4 y
SSgt Joseph Baptist - Don't forget the sale of 20% of the uranium mining rights to Russian interests by the then Secretary of State Hillary Clinton. Shortly before the sale, Bill Clinton was paid half a million dollars to speak for 20 minutes in Russia. Sounds like money-laundering to me.
(2)
Reply
(0)

Cpl Jeff N.
4 y
MSgt Steve Sweeney - The article, which is the source of this post, attempted to say that collusion is worse than a crime. That is poppycock. Collusion is not even a crime. It is not defined as one and your definition and mine for what collusion is or is not will be different.

What does "colluded with a hostile foreign adversary" mean? Is it a conversation, a meeting, what has to be discussed etc. It is a meaningless phrase.

Conspiracy, obstruction of justice, treason etc are crimes. Crimes which there is zero evidence of and no one, in their right mind, is suggesting they occurred. The media has used the word collusion for a year or more to make it sound like something happened that did not. The writer has outdone the others by now saying collusion is worse than a crime. This is word gymnastics and an insult to anyone's intelligence that knows anything about what has occurred.
(2)
Reply
(0)

MSG (Join to see)
4 y
SSgt Joseph Baptist - Another act of "collusion" with a Foreign government was when Hillary's campaign contacted Ukraine officials to dig up dirt on Trump.
(1)
Reply
(0)

MSG Stan Hutchison
4 y
Collusion is not in the law books,, but the synonym conspiracy certainly is.

President Barack Obama was caught on microphone telling Dmitry Medvedev that he would have more flexibility after November's election deal with contentious i...

Who knows...? But after the next election he will have a lot more flexibility. OOOOPS wrong guy!

"But in an unscripted moment picked up by camera crews, the American president was more blunt: Let me get reelected first, he said; then I’ll have a better chance of making something happen.

“On all these issues, but particularly missile defense, this, this can be solved, but it’s important for him to give me space,” Obama can be heard telling Medvedev, apparently referring to incoming Russian president — and outgoing prime minister — Vladi­mir Putin.

“Yeah, I understand,” Medvedev replies, according to an account relayed by an ABC News producer, who said she viewed a recording of the discussion made by a Russian camera crew. “I understand your message about space. Space for you . . .”

“This is my last election,” Obama interjects. “After my election, I have more flexibility.”

“I understand,” he told the U.S. president. “I will transmit this information to Vladimir.”

Nope... Nope the context seems right. Screw the voters, once they can't do anything about it.
(5)
Comment
(0)
show previous comments

Maj John Bell
4 y
MSG Stan Hutchison - As far as I can tell, the only thing President Obama did was declare 35 Russian Diplomats persona non-gratis, a largely symbolic gesture; and have John Brennan issue a STERN warning [OH MY!!!] The anti-US efforts of those 35 were picked up by others with zero loss of momentum. What specific sanctions did the President Obama impose or propose to a hostile congress, as a response to election meddling or collusion?

You got me on his comment about Russian meddling. It was pretty damn stupid, but at this point I'll give his claim of having misspoke the benefit of the doubt. President Trump could definitely benefit from taking three deep breaths and counting to 10 Mississippi prior to speaking.

I don't get the hubbub about the private meeting with President Putin. When conducting diplomacy private conversations happen all the time. Even if Senate Minority Schumer and House Minority leader Pelosi had been there, President Putin can claim whatever he wants. In the context of the current political climate it did nothing for President Putin, but for those so inclined, it certainly damaged President Trump, but only domestically. What was the damage internationally, none...? I would think that would make you happy to see him waste political capital.

MSgt Steve Sweeney
4 y
Maj John Bell - As an infantry officer, I am sure you are familiar with the concept of cohesion, especially among those who are fighting together. If you fail to see how insulting and putting space between the U.S. and its allies, while at the same time showing deference to adversaries, weakens the alliance, I am not sure what I could say to convince you.

Why would it make me happy to see the President of the United States waste political capital? My biggest problem with Trump is how he is damaging the credibility of the office at home and the standing of the United States globally. I don't like seeing Trump conduct himself like an ass, cozy up to despots, and act stupidly, but it happens just the same.
(0)
Reply
(0)

Maj John Bell
4 y
MSgt Steve Sweeney - As an infantry officer, I am also familiar with the concept of "Marine, you get off your dead ass and carry your freight." Most of our NATO Allies are not carrying their own freight. Those that do not carry their own freight are never ignored in the infantry and the attention they get is not coddling.

Which is weakens the NATO Alliance worse:
-Accepting our allies tepid efforts?
-Giving them the "Patton slap" and telling them to live up to their commitments?

Better no ally than one on whom you cannot depend.

I'm not trying to be insulting (honestly) but I don't care about ruffled feathers in NATO.
Ruffled feathers don't tip the balance when it comes to combat power. What tips the scale is budget, and the will to stand up. Most of our NATO Allies, once again, are not carrying their freight. NATO might as well be a quilting bee.
(1)
Reply
(0)

LTC David Brown
Edited 4 y ago
Posted 4 y ago
The Clinton campaign paying foreign agents to dig up dirty is OK but Trump meeting with a foreign agent isn’t OK? Oh, no dirt on Hillary was given so the lawyer from Russia actually held a meeting under false pretenses. Frum is just another frustrated liberal. I do believe impeachment is the method for removal and the standard is high crimes and misdemeanors, not collusion.
(4)
Comment
(0)
show previous comments

But hey, if what you claim is true, why no indictment? Is Hillary just that powerful?
(0)
Reply
(0)

LTC David Brown
4 y
MSgt Steve Sweeney - if you did with classified material and secure communication assets what Hillary did you would be in prison. Yes she is that powerful. FBI agent Strzok changed the wording of Comey’s report and doesn’t even remember it. She also causes minds to go blank.
(2)
Reply
(0)

MSgt Steve Sweeney
4 y
LTC David Brown - Must be why so many more people voted for her.
(0)
Reply
(0)
Show More Comments
Read This Next
RallyPoint Home