LTC (Join to see)
1.02K
81
30
12
12
0
White House calls Abbott’s illegal migrant plan a ‘publicity stunt’ https://video.foxbusiness.com/v/ [login to see] 001
Some people here call Fox News Marxist propaganda yet their ratings have consistently been higher than CNN, MSNBC and other networks. We are not Deplorables, Joe Dirts, Karens, or John Birchers like Capt Gregory Prickett calls me when he is unable to accept the failures of this administration. We are tired of not getting all the news we want so we go to Fox and other news networks that do not censor. Many of us Conservatives are tired of the media circling the wagons for the protection of Brokeback President Biden. These same networks were not afraid to give verbal RPGs to President Trump but they, for a long time, gave beachball questions to President Biden.

If anything, Fox News talks about subjects that the other networks don't want to really talk about because it would compromise President Biden and his leftist agenda of open borders.

Here the Lieutenant Governor of Texas is saying that the long-term goal of President Biden is he's being used by the leftist Democratic party to basically make the USA a one-party country because if you have the equivalent of the State of Texas coming in year after year illegal alien wise, pretty soon Democrats are going to demand they become residents and then later they become citizens and most of them are going to vote Democrat and they are purposely stacking the deck with illegal aliens to make them secure the victory by their Marxist Theology of open borders to stack the deck so they stay in power.

I like how Texas is thinking of busing all the illegal aliens to the areas where President Biden has his personal homes and to Washington DC. It is not a publicity stunt, it is desperation, a protest and call for help because this brokeback Biden administration is doing it on purpose.

My mother passed away last November from dementia. If she didn't have dementia, She would see was going on with this stupid Administration, she would be shaking her head because my Honduran Mother came here legally after applying for Residency at the US Embassy in Tegucigalpa, Honduras.

When She immigrated to the USA, My Mother had a master's degree in Social Work and she ended up helping process illegal aliens at a fraction of the cost of what an overpriced greedy lawyer would charge.

My Mother worked for a United Way agency called The International Institute of Los Angeles in Boyle Heights California.

She worked there from 1960 to 1987. She went from social worker/ caseworker all the way to acting executive director before she retired. She would be totally shocked seeing how stupid this President is and how leftist this Democratic party is today.

My mom was a Democrat. A Democrat like Senator Machin of WV and Senator Sinema of AZ. She was not like the modern leftist Democrat that wants to primary out Machin and Sinema because they believed that Build Back Better #2 was a bad bill.

She emphasized for illegal aliens but she followed the framework of the laws at the time to allow them to gain their residency after 7 years. Some of them gained US citizenship. It's really sick to see how this stupid Democratic president and his left of Lenin party is threatening our national security and doing things all wrong. It is being done all wrong ON PURPOSE.

Not to worry, the Cavalry is coming in November 2022 and the midterm elections are going to be a game-changer. You will see many Democrats seeking psychological counseling because they didn't want to hear what Democrats were complaining in Texas and elsewhere for a long time.

The Cavalry is coming, the midterm elections are going to scare Democrats straight and this so-called publicity stunt from the Texas government is really going to put pressure on the federal government to stop being so left of Lenin and follow the federal law.

Another example of the Biden Administration. It ruined everything it touches and people die! The border was as secure as it could be and the border wall was on it way to be completed. Biden stopped the construction during his first days in Office.

Under President Trump, Mexico cooperated. Illegal aliens had to wait in Mexico. Less people died. Now we have illegals come in earlier with no covid test and bused or flown to cities nationwide at the US taxpayer's expense. Now, the same applies but they get the vaccine. Some illegals get free cell phones from this dumb administration. The social justice extremism will backfire in November! In the meantime, the fentanyl comes in by the ton and Americans die by the droves.

As you read this, the Texas Army National Guard and its Texas Rangers are out in force because the Brokeback Biden Administration is attempting to get rid of title 42 and this will cause the illegal alien chicken run to double or triple. It is an invasion but the Biden Administration DOES NOT CARE ! 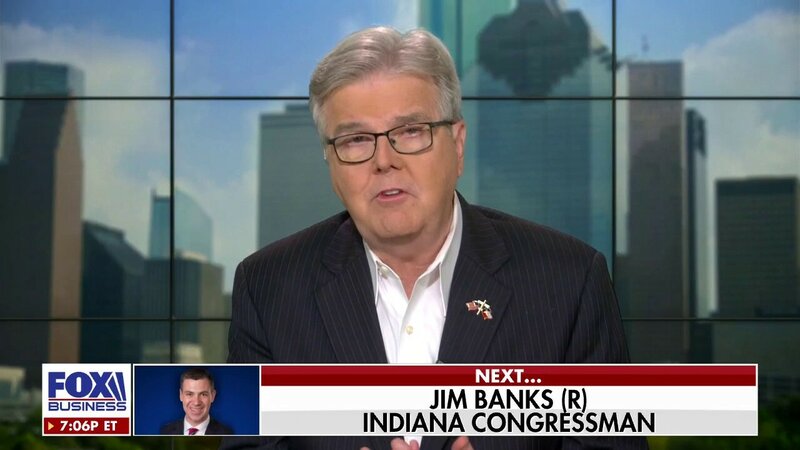 Posted from video.foxbusiness.com
Posted in these groups:

Capt Gregory Prickett
Posted 6 mo ago
I hope that they do put them on buses and send them to DC. Then the sponsors, including Abbott and Patrick can be arrested for felony violations of 8 U.S.C. § 1324 and face up to ten years in the federal slammer.
(8)
Comment
(0)
show previous comments 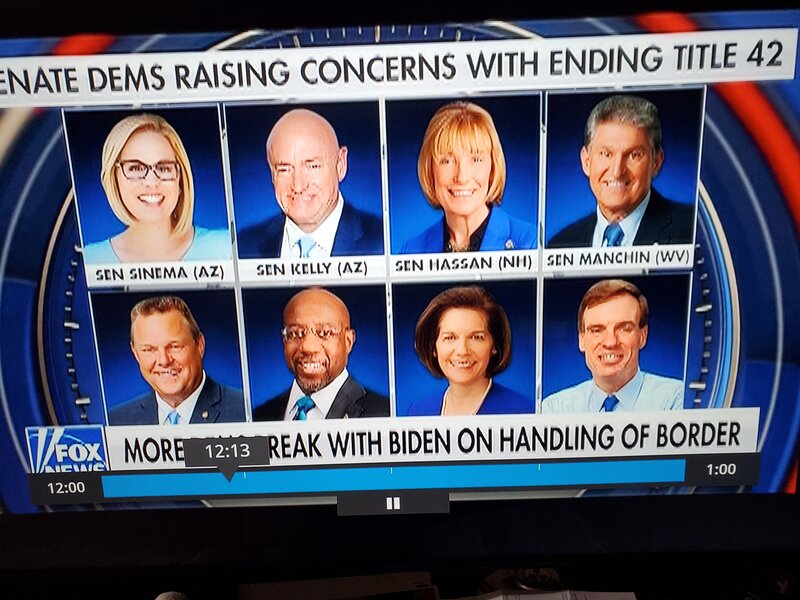 Capt Gregory Prickett These are 8 democrats who are raising concerns about getting rid of title 42. I guess you better add to your list of John John Burch society members on Democratic Party who actually believe in the rule of law. I didn't know that this law had been around since World War II.

Like I have been saying, President Biden and his administration ruins everything it touches and people die! I wonder how many people caught the coronavirus because of those illegals that were shipped North by taxpayers paying for the secret night flights and buses throughout the USA sent to Sanctuary cities even though they have been carrying the virus. These illegal aliens or the new stupid u.s. government term of irregular aliens are from all over the world. They include white people, people from the Middle East, people from Asia and Africa and not just from Honduras, El Salvador, Guatemala and Mexico. I love rubbing this into you that I'm half Hispanic so you can't call me racist. So after you're John Birch Society list of Democrats that know they're going to lose their ass if they vote with the progressive radical wing of the Democratic party in name only.

My mother probably processed over 1,000 illegal aliens to resident aliens. My mother even helped an illegal alien doctor from Ecuador to become a direct commission Army captain in the US Army. He was an illegal alien working as a painter's Helper and she immigrated him and the US Army was actually helping to fast-track him back in the 1980s to become a direct commission Army captain. There's nothing wrong with immigration. We used to have a quota system allowing people to join a lottery and see who could get in. Instead, with wokeism taking over for the party like the plague, they kicked in the door and pretty much are allowing everybody in. The law and due process has been kicked to the curb all in the name of open borders.

The Cavalry has coming in November as Larry Kudlow says. So starting on January 20th 2023, the party will be over for President Biden. He will have to deal with Congress. Many Democrats are going to go see counselling with their free health care because they will wonder what happened?
MCPO Roger Collins SGT (Join to see) Lt Col Charlie Brown SPC Nancy Greene MSG Greg Kelly MSG Greg Kelly MAJ Bob Miyagishima 1SG Russell S.
(2)
Reply
(0) 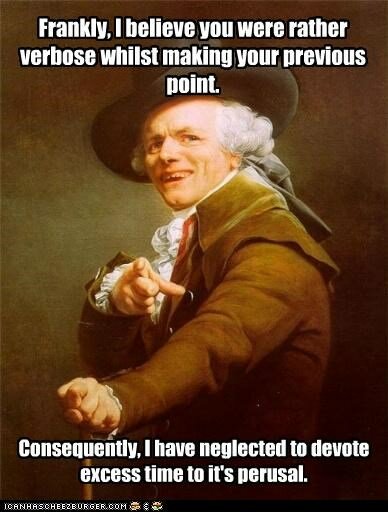 Capt Gregory Prickett
6 mo
SGT (Join to see) - LOL, no, I just drop memes and trigger words, like "John Birch Society" (BTW Steve, it's spelled like the tree) and then watch him post wall after wall of text.

Capt Gregory Prickett
6 mo
For MSG Greg Kelly: Yes, it is OK for the feds to move illegal aliens, whether it is Biden or Trump (who did the same thing).

It is a crime for anyone else to do it, which would include state and local officials.
(0)
Reply
(0)

MSG Greg Kelly
Posted 6 mo ago
So, it's OK for the Biden people to fly and bus these criminals all over the unsuspecting country but bring them to DC is wrong well Boo F-ing Hoo
(5)
Comment
(0)

SPC Nancy Greene
Posted 6 mo ago
I think Abbott is Spot On LTC (Join to see)! He will be giving the illegals a choice just like the current Administration is doing. He is chartering buses instead of planes which has been the Administration’s choice of transportation...it takes more fossil fuel to fly a jet than fill up the tank of a bus!
I am hoping Governor Abbot’s choices are DC or back across the border!
(4)
Comment
(0)

LTC (Join to see)
6 mo
I would like to see the Brokeback Biden Administration arrest Texas Officials or bus drivers yet the passengers on the buses are illegals being given a pass in the USA that is AGAINST THE LAW. I relish seeing the court actions and the BAD PUBLICITY which lately scares Democrats because the Democrats are batting 2 for 20 since Biden took Office. The New Supreme Court justice was a victory for them (though she can't define what a woman is) and passing a Budget last month. The Biden Administration ruins everything it touches and people die! Afghanistan, the border and Ukraine are perfect examples.
(4)
Reply
(0)

MAJ Bob Miyagishima
6 mo
LTC (Join to see) then I guess he'll have to arrest Ron DeSantis as well because he's going to take them right into Brandon's hometown. That'll teach Brandon, no good left winger scaredy cat of Putin. What the left lovers fail to realize is that according to Abbott (and I watched his whole interview), he's giving them the option to go to Washington DC. I like his idea about placing cargo containers on the Rio Grande, Patrol boats on the Rio grande, barbed wire/ concertina wire and I like the fact he's going to have more national guard out there. If you ask me they should not be helping them with open arms they should be cutting the lines between Mexico and the United States and they need to arrest the cartel members who are guiding them across the across the river. We need to get serious before family members of someone important gets killed, that's all it's going to take and then they will revisit their stupid policies.
(2)
Reply
(0)

MAJ Bob Miyagishima
6 mo
LTC (Join to see) also the latest I heard there were five Democrats who are getting anxious and are siding with the right against our border fiasco.
(3)
Reply
(0)

LTC (Join to see)
6 mo
MAJ Bob Miyagishima Yes the progressive Democrats in purple districts are thinking of voicing their criticism of getting rid of title 42 because they know that they will lose in the next election if they don't side with the republicans. I think Senator Warnock was one of those who surprised me.