I came across a shared link on another social media website earlier that generated a debate on the issue. There were so many people split on the topic so I figured I'd bring it to RallyPoint as well. Read the article and/or watch the video and let me know what you think.

"I read the article and I watched the video. I honestly don't see anything wrong with the assignment. It was a history class. We teach kids about World War II and the Holocaust, that doesn't mean we're trying to breed Nazi children. The fact that the father got banned from the school probably was warranted. You don't get banned from a school for disagreeing with an assignment; you get banned for acting like an ass. And I don't like how media sometimes labels service members (in this case, "Former Marine" in the title) so as to infer they are somehow incapable of being in the wrong. Just because you are/were in the military doesn't mean you can't be ignorant or incompetent. I'm on the school's side on this one." 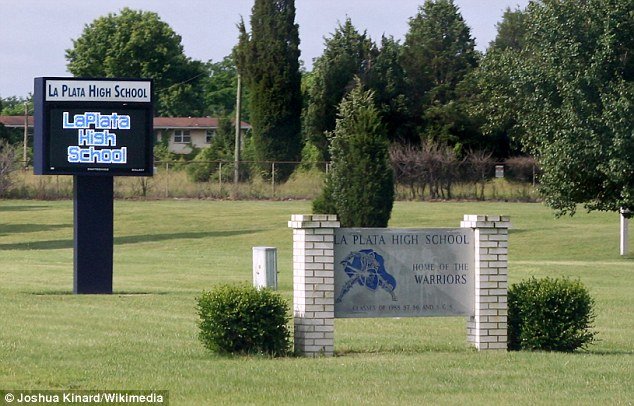 SGT (Join to see)
Posted 7 y ago
"Wood's wife, Melissa, wondered how teaching about one religion is considered a history lesson while teaching about Christianity would be viewed differently."

"We cannot discuss our Ten Commandments in school but they can discuss Islam's Five Pillars?"

And they shouldn't. However, if we can't include every religion, we should include none.

I've tried explaining this concept to the administrators at my own kids' school. You can't keep the door open a crack, may as well open it all the way. Or better yet, close the damn thing while you have the chance.
(10)
Comment
(0)
show previous comments

I believe that the correct attribution is Szygny's Law - "Once you have opened a can of worms you need a bigger can to re-close it." - although I have absolutely no idea who Szygny is/was. (My suspicion is that he/she was a cousin of "Murphy".
(1)
Reply
(0)

I suspect that this is a sufficiently widespread bit of wisdom that dozens if not hundreds of attributions, of variable quality, can be found.
(1)
Reply
(0)

CW5 (Join to see)
Posted 7 y ago
SSG Andrew Dydasco, I generally agree with your comment. The guy "got worked up," and that probably means he deserved to be banned.

My one question would be ... Was there a similar assignment for the benefits of Christianity? I don't know, but I'll bet I know the answer: a resounding NO. And that's a problem in my opinion.
(8)
Comment
(0)
show previous comments

Capt Gregory Prickett
>1 y
Maj John Bell - Sir, I disagree with your last "do not believe" statement on testing, otherwise we are pretty much in agreement.
(1)
Reply
(0)

Maj John Bell
>1 y
Capt Gregory Prickett - So if I understand you correctly, you are saying flying goats are a possibility in my lifetime? :)
(0)
Reply
(0)

Capt Gregory Prickett
>1 y
Maj John Bell - that's not how evolution or speciation works. It might be possible to, over millions of years, to apply such pressures to a select goat population to create "flying" goats, but they would likely be more like a flying squirrel rather than a winged caprid. But anything's possible given the right pressures and adaptions, given that bats likely evolved from gliding mammals.

I wold doubt that it would happen without man-made pressure though.
(1)
Reply
(0)

MAJ Robert (Bob) Petrarca
Posted 7 y ago
We can't fly off the handle every time "school" and buzz words like "Islam", "Nazi", etc. are used in the same sentence. I believe a well rounded education should expose our children to many different cultures, beliefs and facts to allow them to explore and learn.
(7)
Comment
(0)

SSG Andrew Dydasco
7 y
Exactly my point with all of this, Sir!
(0)
Reply
(0)
Show More Comments
Read This Next
RallyPoint Home