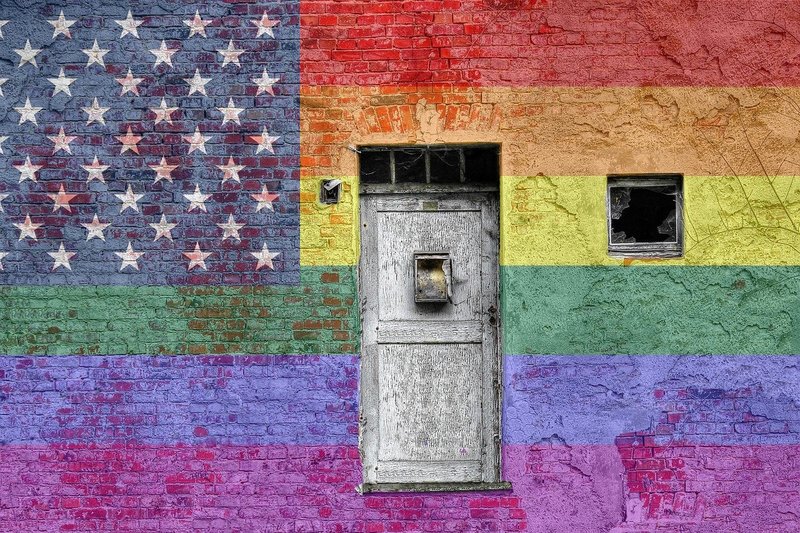 Posted from michaelrobillard.substack.com
Posted in these groups: USD Policy

1)In granting legitimacy to the notion that certain men can become women by mere stipulation, or can be ‘gender fluid’, such a commitment ends up violating the rights of Christian, Jewish, and Muslim soldiers who believe that there are only two essential sexes specifically determined by God.

2)If soldier and officer promotions are, in part, evaluated by sex-based physical fitness metrics, so isn't it unfair to actual female soldiers who must now compete with ‘trans’ women soldiers (i.e. actual men)?
[I consider this reverse discrimination]

3)If one can be trans-gender then why can’t one be trans-racial, trans-age, trans-height?
[Trans-animal?] ~~~ seriously.

LTC Vincent Moore
10 mo
SPC Jesse Davis Why don’t the gender confused persons’ “rights” to call themselves what they are clearly not end when they violate another individual’s right to state the truth? Sure they have the right to call themselves whatever, but that right stops when it imposes the obligation on someone else.
(2)
Reply
(0)

Sgt (Join to see)
10 mo
LTC Vincent Moore - I agree w you, horrifying that biological persons’ rights obviously do not matter anymore. I can’t even believe persons with higher rank such as SFC Casey O'Mally dare, even with a straight face, to state that its “not a lie” in support of males who want to call themselves females. Here we go: how about if men start calling themselves a tree or a dog since now it’s acceptable to identity by declaration alone!
How how the Chicomms, the Ruskies and Iranians are laughing at US ! No foolishness like that going on over there in their militaries, just straight up training to fight the >>outside enemies.
(3)
Reply
(0)

SFC Casey O'Mally
10 mo
Sgt (Join to see) - Which "rights" of "biological persons" (as compared to robots?) do you think are being violated? The right to demean, ridicule, disrespect, and/or persecute others? The right to be "comfortable" at all times?

These "rights" do not exist within the military.

Or are you saying you have the right to insist that others conform to your subjective reality? Because see, that would be kind of hypocritical.

I had another who adamantly refused it, and even chewed out his CSM at a staff meeting for referring to him as such. Was refusing to be called "top" a lie? I mean everyone, to include himself, knew who we referring to.

My brother, Robert, is called Bob by everyone. Is calling him "Bob" a lie since that is not his REAL name? What about the Richards we call Dick, or the Samanthas and Samuels we call Sam, or the Christophers, Christines, and Christinas we call Chris?

None of these are lies. We refer to people how they want to be referred to. That isn't a lie, it is common courtesy and respect.
(1)
Reply
(0)

Sgt (Join to see)
10 mo
SFC Casey O'Mally You have been ignoring my points while trying to foolishly oversimplify the terrible situation the Biden Admin has imposed upon our military. Continuing conversation w you is not worth it.
(0)
Reply
(0)

Lt Col Charlie Brown
Posted 10 mo ago
This ideology is destroying our military and trust in one another. While I miss being in uniform I am grateful not to have to deal with this as a commander any more.
(9)
Comment
(0)

LTC Vincent Moore
10 mo
Totally agree, but I have concerns for future conflict and the security of (what’s left of) the Nation.
(2)
Reply
(0)

MSG Greg Kelly
Posted 10 mo ago
I would never trust the system it is becoming due to WOKE and liberalism the military has a function and it is not to be politically correct. The job of the military is to protect the country from all enemies foreign and domestic. In the military we are all treated the same dress the same and use the same clothing and equipment for the reason of simplistic supply and resupply we are given the same opportunities to succeed and advance. We are also given the same opportunities to fail if one chooses to do so. I have seen soldiers with learning disabilities who barely completed high school use the military to get college degrees. One of my soldiers is a brain surgeon now I am very proud of them. I have also seen soldiers of mine who bitch, complain and blame everything on everyone but themselves. They either left the Army ASAP or got it together. That is what this WOKE and liberal thinking is doing to the military now making it easy for slackers, and just lazy people get over without earning the positions. Just like someone who cannot make it in sports as a male says hey I am a female now and starts beating real females and liberals say oh what a brave woman. No not a brave woman just a guy who failed and could beat real females at sports. They have no self respect or respect for others. They just took advantage of the situation to get over on others
(10)
Comment
(1)
show previous comments

MSG Greg Kelly
10 mo
LCpl Leo Morrissey - When people come into the military now are they not being told that they in a way give up some of their freedoms and rights to protect others. I was my recruiter warned me and as soon as I got basic they started giving classes about that now you speak when spoken to etc. And you give up personal privacy or has the military lost its ability to break down a person and then build them up into Marines, Soldiers, Airmen and Sailors due to the environment of the Me and the liberal leaning society we have.
(0)
Reply
(0)

MSG Greg Kelly
10 mo
SFC (Join to see) - I think you are just an angry person with a closed mind not willing to except other peoples opinions. I do not really care what you think of me or any other person. Your opinion was not asked for nor does it matter. If you suffered issues in your career join the club every single person in the military retired and active. Your not special. And yes I have issue with trans sports competitors switching sides so to speak. you can argue all you want but the fact remains a guy who becomes a girl is still By DNA still a GUY. You cannot change DNA his muscles are larger and stronger then a person born female. And because I am an adult I will not give your comment a down vote even though you make assumptions based on my comments
(1)
Reply
(0)

MSG Greg Kelly
9 mo
LCpl Leo Morrissey - I thank you for your service two of my brothers went to Vietnam one with the 1st Cav Infantryman the other as an MP (we never held the MP thing against him) My step dad who was my hero was a Marine in Korean war. I went in in Infantry and loved it. I hated it sometimes but you get it. I hate to see the military being turned into a liberal cesspool. But I due think its part of the plan convert the military into a mindless zombie and you can use it on your own people.
(0)
Reply
(0)

MSG Greg Kelly
9 mo
LCpl Leo Morrissey - I agree and do not understand either but if I had to point a finger I would start at the senior leadership from POTUS down over the years. But really all you have to do is look at some of the bleeding heart snowflakes on this site to see were it truly comes from. People joining the Military for the wrong reasons and bring all their personal baggage with them. And they forget to leave that crap at the door when they joined. And of course if they get promoted to fast and cannot handle it everyone is against them. Or they get promoted to slow someone hates them for some reason it cannot be because they are douche bags and do not deserve to be promoted or lead a dog on leash.
(0)
Reply
(0)
Show More Comments
Read This Next
RallyPoint Home