SGT (Join to see)
2.71K
57
29
10
10
0
Although I am not a particular fan of his as he is often divisive, he has had an interesting life. He was an officer in the Navy, worked for Goldman Sachs, did a film on President Reagan, and had brokered a deal which gave him an ownership stake in Seinfeld. 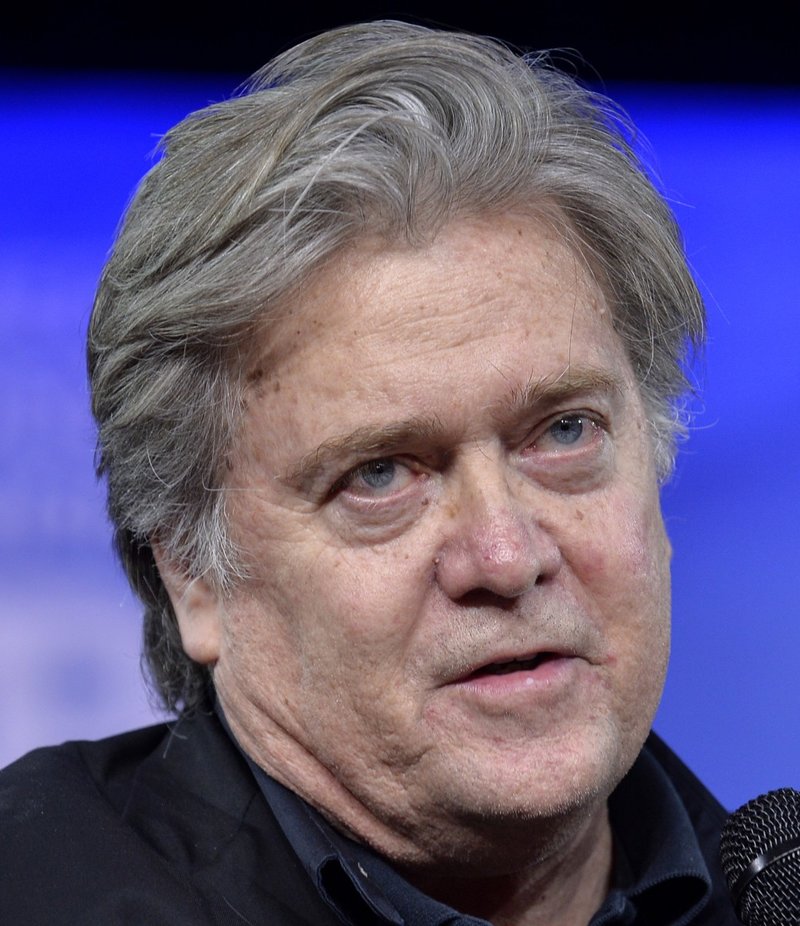 Cpl Jeff N.
Posted 4 y ago
Most of us, before he became part of the Trump campaign, had never heard of him. Most of us are not getting a lot of straight scoop about him now. His work at Brietbart, whether you like it the network or not, is pretty solid. He put together a team of pretty diverse talent there (A conservative British Muslim Raheem Kassam, A gay bomb thrower Milo Yiannopoulos and others, a number of Jewish team members etc). Not a great track record for a bigot, or so he is called in the leftist media.
(10)
Comment
(0)

LTC Stephen F.
Posted 4 y ago
Thanks SGT (Join to see) for bringing former Naval Officer, executive chairman of Breitbart News and more recently CEO of Donald Trump's 2016 presidential campaign and senior counselor to 45th President of the United States Donald Trump.
To be honest I was more familiar with Breitbart News since I was a fan of Andrew Breitbart who died suddenly in 2012. Breitbart News was a breath of fresh air IMHO,

"Steve Bannon is an executive chairman of Breitbart News who served as CEO of Donald Trump's 2016 presidential campaign and senior counselor to the 45th U.S. president during the first seven months of his term.

Who Is Steve Bannon?
Born and raised in Virginia, Steve Bannon became a naval officer before finding success in entertainment finance. After creating a series of politically charged documentaries, in 2012 he took over as executive chairman of the conservative Breitbart News Network. Named CEO of Donald Trump's presidential campaign in 2016, he became senior counselor to the president following Trump's Election Day victory. In August 2017, news outlets reported that Bannon would exit his White House position, after seven months on the job.

Early Years and Military Service
Stephen Kevin Bannon was born on November 27, 1953, in Norfolk, Virginia, and raised in nearby Richmond. The third of five children born to parents Doris and Martin, a telephone lineman, he later referred to his household as a "blue-collar, Irish Catholic, pro-Kennedy, pro-union family of Democrats."
Bannon attended the all-boys' Benedictine High School and then Virginia Tech, where he showed a penchant for disrupting the political status quo by winning a heated race for student body president as a junior.
After graduating in 1976 he moved on to the Navy, serving as an auxiliary engineer and a navigator. He later became a special assistant to the chief of naval operations at the Pentagon, and earned his master’s degree in national security studies through nighttime classes at Georgetown University.

Finance and Entertainment Mogul
Bannon graduated from Harvard Business School in 1985, and then became a mergers and acquisitions banker with Goldman Sachs. In 1990, he founded Bannon & Co., a boutique investment bank that specialized in media. He soon brokered a deal that landed him an ownership stake in a then little-known TV program called Seinfeld, which eventually generated massive profits through syndication.
After selling his company in 1998, Bannon became a partner in an entertainment production and management company called The Firm. He also devoted more time to his own creative interests, adapting a book about Ronald Reagan into a 2004 biopic called In the Face of Evil.
Bannon became the CEO of an online gaming company, but found his interest shifted to political matters, particularly in the wake of the financial collapse of 2008. He released a series of politically charged documentaries, including Battle for America (2010), about the rise of the Tea Party, and The Undefeated (2011), a profile of 2008 vice presidential candidate Sarah Palin. Additionally, he founded a conservative research organization called the Government Accountability Institute (GAI).