LTC Stephen F.
10.9K
52
14
19
19
0
I am glad that President Trump signed an executive order that should dramatically scale back government regulation today - January 30, 2017.
This order requires agencies to eliminate two regulations for every regulation they propose. The regulation reductions can take place later.
Image: U.S. President Donald Trump signs an executive order cutting regulations, accompanied by small business leaders at the Oval Office of the White House in Washington U.S., January 30, 2017. REUTERS/Carlos Barria
President Donald Trump signed an order on Monday that will seek to dramatically pare back federal regulations by requiring agencies to cut two existing regulations for every new rule introduced.

"This will be the biggest such act that our country has ever seen. There will be regulation, there will be control, but it will be normalized control," Trump said as he signed the order in the Oval Office, surrounded by a group of small business owners.

Trump's latest executive action will prepare a process for the White House to set an annual cap on the cost of new regulations, a senior official told reporters ahead of the signing.

For the rest of fiscal 2017, the cap will require that the cost of any additional regulations be completely offset by undoing existing rules, the official said on customary condition of anonymity.

Trump, a businessman turned politician, campaigned on a promise to reduce federal regulations that he said burdened American businesses.

Major regulations are typically reviewed by the White House's Office of Management and Budget (OMB) before they are issued. That review will continue under this new measure, but agencies will also have to identify what two regulations will be repealed to offset the costs of any new rule.

The new order does not require that the repeal of the two regulations be done simultaneously with the release of additional rules, the official said.

"This vests tremendous power and responsibility in the OMB director to ensure the president's direction in how we manage this across the government," the official said.

The OMB director will also have the ability to waive this policy in certain instances. 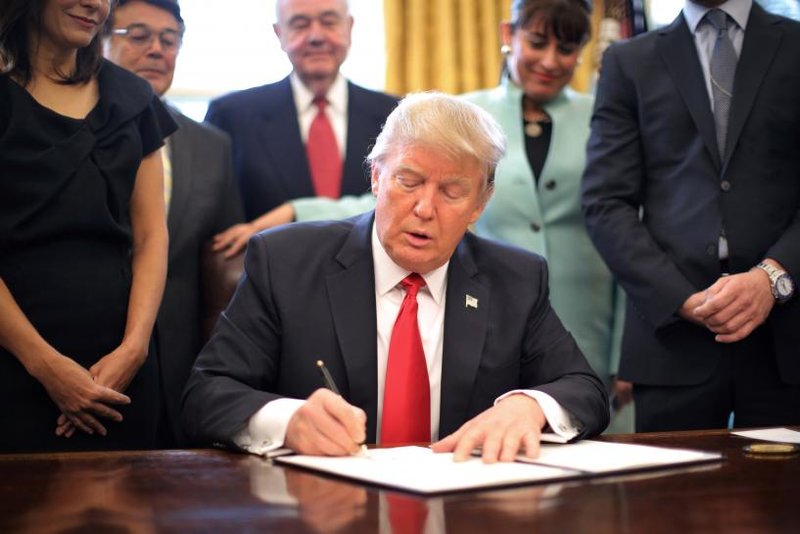 Posted from reuters.com
Posted in these groups:

SSgt Robert Marx
Posted 4 y ago
That is fair to require cutting back in other areas to pay for any new regulations.
(4)
Comment
(0)

LTC (Join to see)
Posted 4 y ago
I wonder how long they'll wait between regulation and the "players to be named later"?
(4)
Comment
(0)

SCPO Morris Ramsey
4 y
Lots of bottom feeders at the government feeding trough. Massive room for reduction. Hopefully someone is looking at the waste fraud and abuse in the area of farm subsidies.
(1)
Reply
(0)
Show More Comments
Read This Next
RallyPoint Home