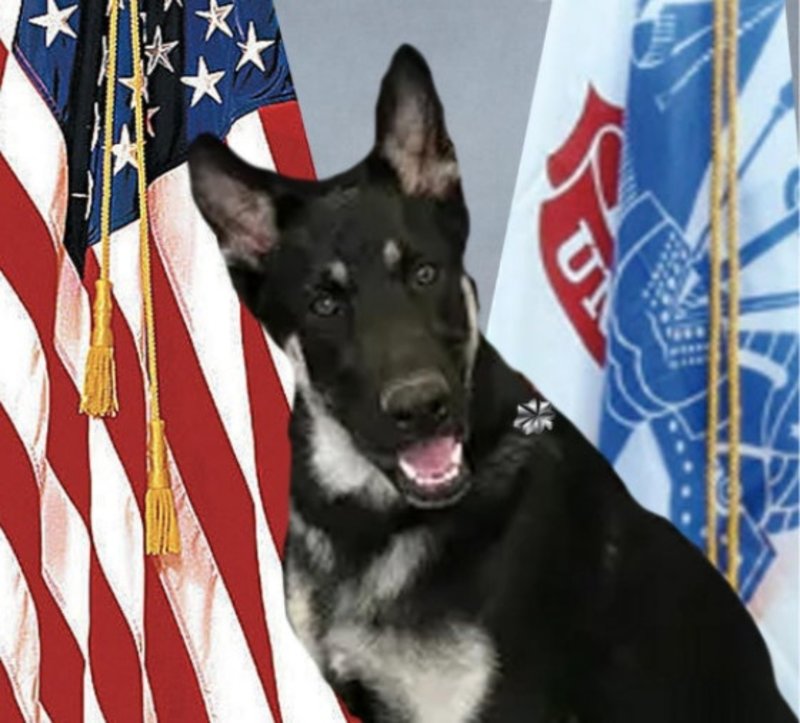 Posted from duffelblog.com
Posted in these groups:

Lt Col Charlie Brown
Posted 1 y ago
WASHINGTON — The Biden Administration is under fire from Congress and some members of the military after the sudden promotion of Major Biden to the rank of lieutenant colonel amid a series of biting incidents at the White House.

“There is nothing suspicious going on here,” said White House Press Secretary Jen Psaki, responding to a question from Fox News’ Peter Doocy about whether the president’s dog would be “put down” or court-martialed. “Lt. Col. Biden is a talented, good boy, and was promoted according to established military working dog protocols.”

As reported by the Washington Post, the promotion was followed by Biden’s transfer to a newly created position as White House liaison to the 341st Training Squadron, the Air Force organization responsible for training military dogs for the Department of Defense. But according to retired Col. James McGruff, a former JAG prosecutor of “bad” military working dogs, this action suggests a coverup.

“This just comes across as another example of the military rewarding poor behavior from ‘connected’ officers by promoting them to cushy, low-profile office positions,” said McGruff.

Further adding to the sense of concealment are a number of other alleged unprofessional actions made by the First Family’s adopted dog. Shortly after moving into the White House, then-Major Biden was reportedly observed “drinking to excess” from a toilet near the Lincoln Bedroom, chewing a hole in Second Gentleman Douglas Emhoff’s sports coat, and urinating on Senate Minority Leader Mitch McConnell’s shoes during a recent visit. Perhaps most troubling are accusations that Biden inappropriately humped the legs of an unnamed Special Agent.

“This is a load of crap,” said Staff Sgt. Duncan Seymour, an Army dog handler stationed at Joint Base Andrews. “If he had been “Private First Class Biden,” his hairy tail would have been court-martialed and in a Federal kennel for half this stuff, even before his teeth were pried from that staffer’s arm.”

A number of senators, including Ted Cruz, have called for an investigation of Biden’s promotion. “For the administration to promote family members of questionable skills or experience to positions vital to national security is an assault on an American tradition against such nepotism that goes back a couple of months now,” Cruz said.

Lt. Col Biden, when finally reached for comment, responded to questions about the appropriateness of his promotion by wagging his tail and then biting the hell out of the reporter.
(7)
Comment
(0)

CPL Douglas Chrysler
Posted 1 y ago
If I had to be near that bunch everyday I'd bite people too.
(4)
Comment
(0)