Top 5 questions the military community has about transition & job seeking 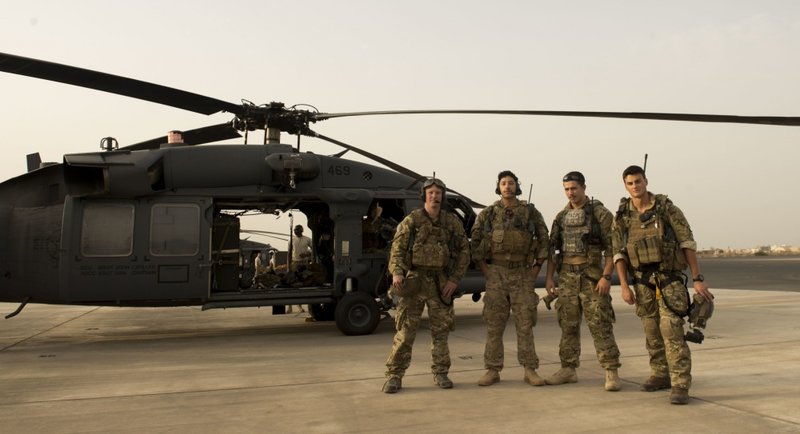 It’s not news to anyone that transitioning out of the military is one of the most stressful times we face as veterans. It’s a time you’re taking care of our family, translating skills, trying to stop using acronyms, and generally feeling like you’re always playing from behind. One day I went from an Air Force career that I absolutely loved and had me on TDY to Kauai and Florida four months out of the year, to taking a TAP class filled with Airmen like myself who were in the final phase of transition. In 2012, when I landed with RallyPoint on my third transition, I started to see a trend of other veterans going through similar challenges and asking questions about what they should do. Of the 6M discussions on RallyPoint, here are some of the top questions that focus on transition and job seeking:

What are people with my MOS doing in the civilian world?

At this point, we’ve all seen our share of MOS translator tools. Imagine being a Chinook pilot or EOD tech and using one of those tools. It’s likely you aren’t going to find your civilian equivalent. RallyPoint members have consistently crowdsourced information within MOS groups to ask, “what is everyone doing out there in the civilian world?” The answer is – a TON. Just look at the people inside each of these groups. Many are Presidents, CEOs, and successful business leaders working in a wide range of industries. While there isn’t a silver bullet to tell you what you should be doing, there is some very helpful networking going on with members. When these folks do nail down a company and role that they're interested in, you can bet they’d like to see other veterans like them thriving in their career.

Is this company really “Veteran Friendly”?

One of my favorite RallyPoint discussions: “If a company states they are ‘Veteran Friendly’, what is your initial reaction?” One of the top responses – IT’S A TRAP (accompanied by the Star Wars meme). There is a lot to discuss here, but generally veterans are skeptical when an employer is aiming to hire 15,000 veterans without describing why it’s important to their business or sharing what roles most of these vets will be performing. We know we bring a lot of value to an organization and hope the employer can understand some of the unique skill sets we hold. For example, a Sea Bee, an Artillery Officer, and an Avionics Technician bring a wide range of skills to the table. There are some employers who really get the nuances of these roles and thousands of others. Primarily because they allow veterans to run their military outreach and help develop handbooks and guides for recruiters to better understand the range of skills vets bring with them. It’s ultimately on us as veterans to effectively communicate our experience, but we always remember the employers who have done that little bit of homework to know not to call a Marine a Soldier.

If you could do your transition all over again, what would you do differently?

There is some great advice living in these discussions. Right up near the top of the list you’ll hear many of us talking about wishing we spent more time researching civilian careers and sticking to a plan earlier in our transition. Many of us never sit down with that blank sheet of paper and start writing down careers we think we might enjoy. It’s so foreign to not have a set of orders coming from personnel command telling you where you’re going and what you’re going to be doing. You’ll also hear us talking about wishing we put the time aside to get the degree or certifications we needed for that job we are shooting for. This requires some serious advanced planning and yet another regret many of us have.

How do you know when it’s time to leave the military?

The military has a way of building a routine and safety net that is incredibly hard to let go of.
We don’t spend a lot of time worrying about the health of the economy, a 401K, rent/mortgage, providing healthcare for our family, or negotiating a salary. Beyond serving a mission greater than yourself and working alongside some amazing people, these benefits are a great way to keep you in. The RallyPoint community has provided thousands of answers as to why they left. Many, like those in the civilian world, reach a point in their career when their job no longer brings them the same excitement they once had. We’ve all had that one commander or boss who pushed us to the edge of making that decision sooner. Whatever the reason might be, we need to decide what’s best for us and not the military which is an incredibly new concept.

What is a “protected veteran”?

When I finally got to the phase of getting hired, I was asked to qualify myself as a ‘protected veteran’ during the on-boarding process. You can see the definition flow chart created by the DOL here. (https://rly.pt/ProtectedVeteran) This was not given to me in my first hiring package, so I remember thinking that it must be for something that I’m not qualified for, so I drove on without checking the box. I’ve shared a few laughs with other vets who had their own interpretation of this as well.

If you’re a servicemember, veteran, or someone who has gone through your own transition, let’s hear your advice on these top questions.

If you’re an employer looking to engage & hire more veterans, feel free to email our RallyPoint team here: [login to see]
Posted in these groups:

Lt Col Charlie Brown
Posted 2 y ago
What is a protected veteran? I have not even heard that term
(16)
Comment
(0)
show previous comments

Capt Raymond Parks
>1 y
I haven't seen a job application that did not have this question, along with the latino and ethnic questions, and the "are you disabled" question. Not all the jobs have been in support of government contracts, but the companies may have had them.
(0)
Reply
(0)

SPC John Tacetta
>1 y
A Protected Veteran is a service member that is taken (drafted or activated) away from their job for service duties who must be returned to that job, or its equivalent if that job has been eliminated, upon a return from active duty. Generally, this would apply to any service member that is called away from their job and applies to all employment sectors, public and private.. So, there is a legal obligation for your employer to take you back when you return. From what I hear, enforcement has been spotty and problematic.
(1)
Reply
(0)

LCDR Mike Walker
>1 y
A protected veteran is a draftee, Guardsman or Reservist who has been called to active duty. Things like his job and seniority status are protcted.
(2)
Reply
(0)

SGT David A. 'Cowboy' Groth
Posted 2 y ago
Thank you for sharing this information sir
(11)
Comment
(0)

LTC Charles T Dalbec
Posted 2 y ago
First you MUST Max out your Rally Point Verified Veteran Membershio and participate with helping others that are seek answers to questions that you may provide appropriate answers!!
(9)
Comment
(0)
Show More Comments
Read This Next
RallyPoint Home