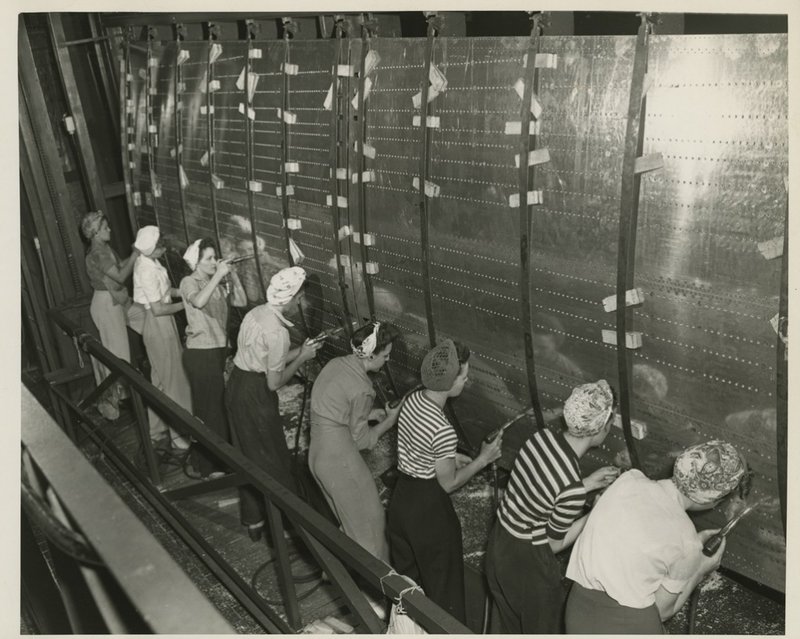 When I think of WWII, I can’t help but think of some of the iconic imagery from that time. The view of the beaches from the landing craft on D-Day, the raising of the flag on Iwo Jima, And of course, the image of an overall-wearing woman named Rosie who has come to symbolize all of the women who stepped in to “do their part” for the war effort.

During the war, millions of Rosies worked in traditionally male fields, including serving in the military, on farms, and in factories and facilities building ships and planes. One such facility was the Willow Run Bomber Plant in Ypsilanti, Michigan. Built by the Ford Motor Company in 1941, the plant churned out bomber after bomber during the war years. Aralina DePolo-Ferrella was one of the women who built B-24 Liberators at Willow Branch.

At first glance, Aralina doesn’t look like the woman on that famed poster. Her hair has faded to white with the years and her memories of the war are pockmarked and intermittent thanks to the ravages of dementia. But beneath the trappings of age lurks the feisty young woman who moved from West Virginia to Michigan over 70 years ago to join the war effort.

I had the privilege to meet this hidden gem on a trip home to Toledo, Ohio over the holidays. With assistance from her daughter, Aralina sifted through the memories of that time.

“Are you Italian?” she asked me, shortly after we met.

“No, ma’am, but I see how you could associate my dark features with Italian.”

Aralina’s parents were Italian immigrants and my features prompted a story about how she was called a “Wop”--a derogatory slang term commonly used to describe Italians--during the war. After all these years, the insult was still fresh in her mind.

But the war didn’t know she was Italian and it didn’t care--it needed airplanes and the Willow Branch Bomber Plant provided them, churning them out at the astonishing rate of one bomber per hour!

The contributions of Aralina and the other Rosies paved the way for women like me to serve. Their courage, dedication, and willingness to do work previously only done by men proved “We Can Do It!” and forever changed the role of women in this country. After the war, Aralina, like so many of the Rosies, moved on to other things. Aralina got married, had a family, and became a mixed media artist and studio owner in Ohio. Though her service to her country was over, the legacy she left was not.

Thank you to Aralina and the rest of the Rosies for your contribution to this wonderful country. You are and will be role models for generations to come. I hope we make you proud.

The remaining Rosies are still busy. The American Rosie the Riveter Association (ARRA) was founded in 1998 to help honor these WWII trailblazers. The Willow Run chapter of the ARRA is trying to save the Willow Run B-24 Liberator plant and turn it into a museum. You can locate a chapter close to you and hear the stories of these amazing women at https://rosietheriveter.net/

*This article was co-written by myself and Capt (Join to see), Air Force Veteran.
Posted in these groups:

To See a World in a Grain of Sand 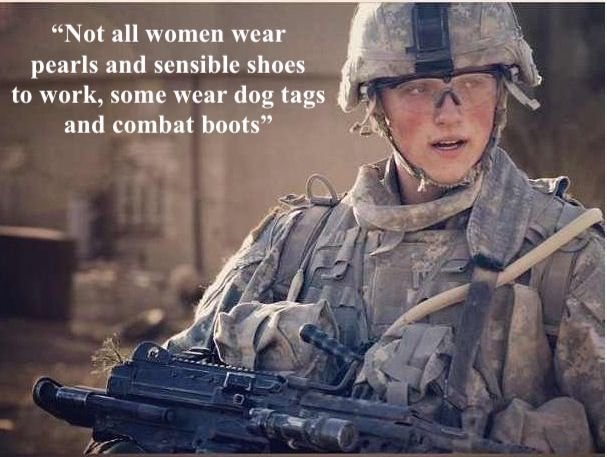 Great share Maj Alea Nadeem Thanks to all the great women who've served this country and tose still serving in our military and those yet to raise their right hand!
(19)
Comment
(0)