LTC (Join to see)
594
34
12
8
8
0
Canadians from all walks of life showed up at the Canadian Parliament. It may not be a hundred thousand but it's quite a few people. I noticed the truck with trailer only carrying a porta,- potty and a box of stuff.

I noticed some British Columbia Indians with the foxtrot Trudeau flag and beating the drum.

President Trump mentioned them yesterday in his speech. Even though he has a vaccine, it's about personal choice and freedom.
Posted in these groups:

SGT (Join to see)
Posted 12 mo ago
Whole lot of unhappy people... hope they don't pay the ultimate price for not getting the Covid vaccine... or transmit it to someone else.
(7)
Comment
(0)
show previous comments

LTC (Join to see)
12 mo
SGT (Join to see) we're also finding out that some of the money that was meant for testing kits was used to support those illegal aliens that President Biden and his left of Lenin open borders Democrats do want to admit are coming in the country at our expense and being flown all the time or bussed to wherever they want. If your desiring for former President Trump to go to jail over January 6th, don't be surprised if there are hearings for impeachment on Biden and his homeland security Secretary breaking US Federal laws and allowing most illegals apprehended to settle in the USA. The talk among some Republicans is that President Biden's goal is to put in an amnesty and those illegal aliens in Republican areas will automatically turn the tide and make the area Democrat. That makes sense to me.

That's why I say that if you worry about the January 6th insurrection, the president and the Democrats are doing it one law at a time or one scheme at a time behind the scenes and nobody's paying attention.

While working class trucker Canadian drivers are required to have a vaccine, illegal aliens are not and these are super spreaders of covid-19 and possible terrorist sleeper cells that nobody wants to talk about.
SGT (Join to see) CSM Charles Hayden LTC Stephen F.

RIGHT BIAS These media sources are moderately to strongly biased toward conservativecauses through story selection and/or political affiliation. They may

CSM Charles Hayden
Posted 12 mo ago
LTC (Join to see) The trucks shouldn’t bother the downtown workers. During our tour of Ottawa,we were told that during the winter, many commuters ice skate to their workplace downtown via the frozen Ottawa River.
(6)
Comment
(0) 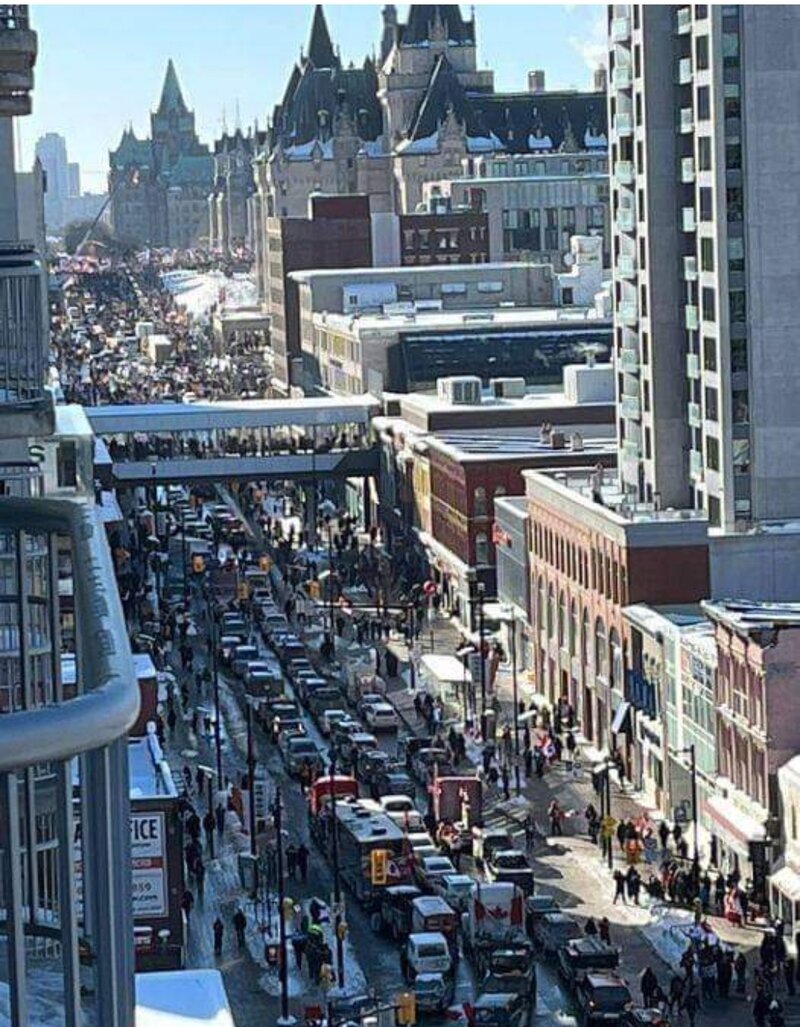 On this episode of Global National: The convoy opposed to mandatory COVID-19 vaccinations for cross-border truckers among other grievances, dubbed the “Freed...

Thank you my friend LTC (Join to see) for making us aware that Canada's 'Freedom Convoy': Thousands protest against vaccine mandates in in Ottawa.