SP5 Mark Kuzinski
5.61K
16
11
5
5
0
WASHINGTON -- California lawmakers in the House and Senate offered legislative proposals Thursday that would allow nearly 10,000 California National Guard soldiers to keep improper enlistment bonuses they were paid during the height of the wars in Iraq and Afghanistan a decade ago.

In a rare sign of bipartisanship on Capitol Hill, Democrats and Republicans argued that congressional action is needed to make sure the Pentagon forgives the soldiers' debts and closes out an episode that has hurt thousands of veterans, roiled the Pentagon and embarrassed members of Congress.

A version of the bill could be approved as part of a defense authorization package as early as next week, when Congress leaves on Thanksgiving recess, congressional leaders said.

If approved, the legislation would make it likely that most or all of the roughly 9,700 California Guard soldiers who received inflated enlistment bonuses and student loan payments between 2004 and 2010 would have those debts waived, lawmakers said.

Under the Democrats' version of the bill, the approximately 1,700 California Guard soldiers who already have repaid all or part of their bonuses to the Pentagon would be given the money back with interest.

The proposed legislation also orders the Pentagon to inform credit agencies that the debt was never valid, meeting a key complaint from soldiers unable to get mortgages or car loans because of poor credit scores. Credit agencies would be barred from including references to the soldiers' debts in credit reports.

The Los Angeles Times/Tribune Washington Bureau reported last month that the Pentagon was demanding repayment of enlistment bonuses that were given to about 9,700 California Guard soldiers to help fill enlistment quotas for the wars. Many of the soldiers served in combat and some returned with severe injuries.

Many of the soldiers were told to repay bonuses of more than $15,000 years after they had completed their military service.

In response to a public outcry, and at the urging of the White House, Defense Secretary Ashton Carter ordered a suspension of the repayment program on Oct. 26 and set up an internal appeals process to review the debts by next July.

But Pentagon officials emphasized that they could not fully forgive all the soldiers' debts, which totaled in the tens of millions of dollars.

Some of the bonuses were awarded as part of an illegal scheme that saw several recruiters convicted of fraud and other crimes in 2011, they noted. Pentagon officials also warned that forgiving all the debts could hurt future efforts to stem waste, fraud and abuse in the military.

Congress appears likely to sweep away those concerns, however, arguing that soldiers who agreed to enlist or re-enlist in return for a financial bonus should not be forced to repay the money years after they had gone to war.

On the Democrats' side, Sen. Dianne Feinstein, Sen. Barbara Boxer and Rep. Adam Schiff introduced a bill Thursday that would require the Pentagon to waive repayments even for soldiers who were ineligible for the bonuses as long as the individual did not knowingly commit fraud.

"It's still not clear to me that even those who accepted the bonuses in good faith will have their debts forgiven" under the plan Carter announced, Schiff, D-Calif., said in an interview. "We don't want there to be any doubts."

Schiff said he expected the proposal would be added to the defense authorization bill expected to pass Congress this year. "And if not, we'll push to pass it early next year," he said.

Feinstein said she was concerned that the effort by Congress to forgive the soldiers' debt "won't lapse" after Donald Trump is inaugurated as president in January and a new administration is in place.

"We want to reassure the affected service members that our government stands by its commitments and they will not be punished for the actions of others," she said.

The Democrats' bill has 15 co-sponsors in the Senate and 27 in the House.

On the Republican side, Rep. Jeff Denham of California, who was involved in an abortive effort to provide debt relief to the affected soldiers in 2014, and Rep. Ken Calvert of California introduced legislation similar to the Feinstein-Schiff proposal.

"While the (Defense Department) has stopped the harassment, much more needs to be done, and it is important that we resolve this issue under the current administration where it all started," Denham said in a statement. "Our veterans deserve a secure financial future."

The bills would bar the Pentagon from ordering soldiers to repay their bonuses because the military had lost their enlistment contracts or because other paperwork errors had occurred, a problem for many California Guard veterans.

Sen. John McCain, R-Ariz., and Rep. Mac Thornberry, R-Texas, chairmen of the Senate and House Armed Services committees, respectively, both have vowed to address the repayment issue in their committees.

If Congress approves a waiver measure, it may be attached to a bill authorizing Pentagon programs that has passed the House and Senate. The final version of the bill is being decided in a House-Senate conference.

McCain told reporters Wednesday that he hopes to have the bill finished before Congress leaves for its Thanksgiving recess next week.

Another option would be for the House and Senate to pass a separate bill, aides said, though several said that doing so in the lame-duck session is not a certainty. The Pentagon has said it doesn't need Congress to intervene.

The authorization bill already contains a provision that would establish a 10-year statute of limitations on the military's ability to recover overpayments. That offers little immediate help to California Guard members, however, since it would not take effect until 2027.

The Pentagon began ordering California Guard soldiers to repay enlistment bonuses after The Sacramento Bee reported in 2010 that a federal investigation had found that thousands of ineligible soldiers were given enlistment bonuses and student loan payments, or were approved despite incomplete paperwork.

Army Master Sgt. Toni Jaffe, the California Guard's incentive manager, pleaded guilty in 2011 to filing false claims of $15.2 million and was sentenced to 30 months in federal prison. Three officers also pleaded guilty to fraud and were put on probation after paying restitution.

Recoupment of the bonuses has been underway ever since, with little attention until recently.

Soldiers identified by California Guard audits as having received improper payments were told to repay the money and threatened with wage garnishments, tax liens and interest payments if they did not. An appeals process that allowed them to contest the debts was lengthy and difficult, officials acknowledged.

The proposed legislative fix in Congress comes at least two years after the California Guard first warned members that "thousands of soldiers have inadvertently incurred debt, through no fault of their own because of faulty Army recruiting or accounting practices."

But lawmakers in Washington said the notice, part of a list of legislative priorities the California Guard sent to Capitol Hill, did not alert them to the scale of the problem.

Soldiers involved in the dispute responded warily Thursday to news of a potential solution in Washington. One of them was retired California Guard Master Sgt. Bill McClain, who served four tours of duty in Iraq and Afghanistan and was wounded in the jaw.

In 2013, McLain was ordered to repay $30,000 in reenlistment bonuses because the California Guard determined he already had served too many years in the Army to qualify.

The Pentagon has not contacted him or withdrawn its repayment demands despite Carter's announcement of a suspension last month. So McClain sent a $100 check this month, the token amount he sends each month on a debt he denies owing.

"I would be more than pleased if they would do the honorable thing and say anybody who didn't knowingly commit fraud can keep their bonus," he said. "But when it comes to our government, you never know." 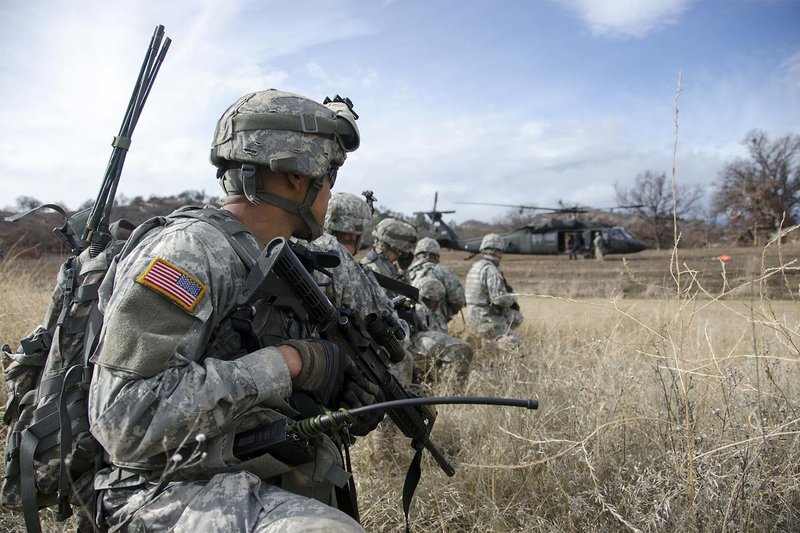 COL Mikel J. Burroughs
Posted 5 y ago
SP5 Mark Kuzinski That is good news. If they were brought on to deploy under the assumption they were entitled to those bonuses (whether handed out wrong by the individual or office that issued them), they kept their end of the deal and deployed. They shouldn't have to pay the price for lack of attention to detail by someone else in charge of issuing those bonuses. Those who have paid them back and or who have been granished or lost money from the collection process should get their money back (they performed and kept their end of the deal). Just my two cents on the whole deal!
(3)
Comment
(0)

Capt Seid Waddell
Edited 5 y ago
Posted 5 y ago
Soldiers that took the offered bonuses in good faith should not have to give it back if someone else made a mistake in offering it.
(2)
Comment
(0)

SFC George Smith
Posted 5 y ago
they should Crucify the AG and TAGs for the Criminal Activity they were involved with...
(2)
Comment
(0)