Maj Marty Hogan
2.37K
61
8
18
18
0
Donald John Trump (born June 14, 1946) is the 45th and current president of the United States. Before entering politics, he was a businessman and television personality.

Trump was born and raised in the New York City borough of Queens and received an economics degree from the Wharton School. He took charge of his family's real estate business in 1971, renamed it The Trump Organization, and expanded it from Queens and Brooklyn into Manhattan. The company built or renovated skyscrapers, hotels, casinos, and golf courses. Trump later started various side ventures, mostly by licensing his name. He managed the company until his 2017 inauguration. He co-authored several books, including The Art of the Deal. He owned the Miss Universe and Miss USA beauty pageants from 1996 to 2015, and he produced and hosted The Apprentice, a reality television show, from 2003 to 2015. Forbes estimates his net worth to be $3.1 billion.

Trump contested the 2016 presidential race in the Republican Party primaries. Commentators described his political positions as populist, protectionist, and nationalist. He was elected president in a surprise victory over Democratic nominee Hillary Clinton, although he lost the popular vote.[b] He became the oldest and wealthiest person ever to assume the presidency, and the first without prior military or government service. His election and policies have sparked numerous protests. Trump has made many false or misleading statements during his campaign and presidency. The statements have been documented by fact-checkers, and the media have widely described the phenomenon as unprecedented in American politics. Many of his comments and actions have been characterized as racially charged or racist.

During his presidency, Trump ordered a travel ban on citizens from several Muslim-majority countries, citing security concerns; after legal challenges, the Supreme Court upheld the policy's third revision. He enacted a tax cut package for individuals and businesses, which also rescinded the individual health insurance mandate and allowed oil drilling in the Arctic Refuge. He appointed Neil Gorsuch and Brett Kavanaugh to the Supreme Court. He enacted a ban on most transgender applicants to the military. In foreign policy, Trump pursued his America First agenda, withdrawing the U.S. from the Trans-Pacific Partnership trade negotiations, the Paris Agreement on climate change, and the Iran nuclear deal. He recognized Jerusalem as the capital of Israel; imposed import tariffs on various goods, triggering a trade war with China; and started negotiations with North Korea seeking denuclearization. 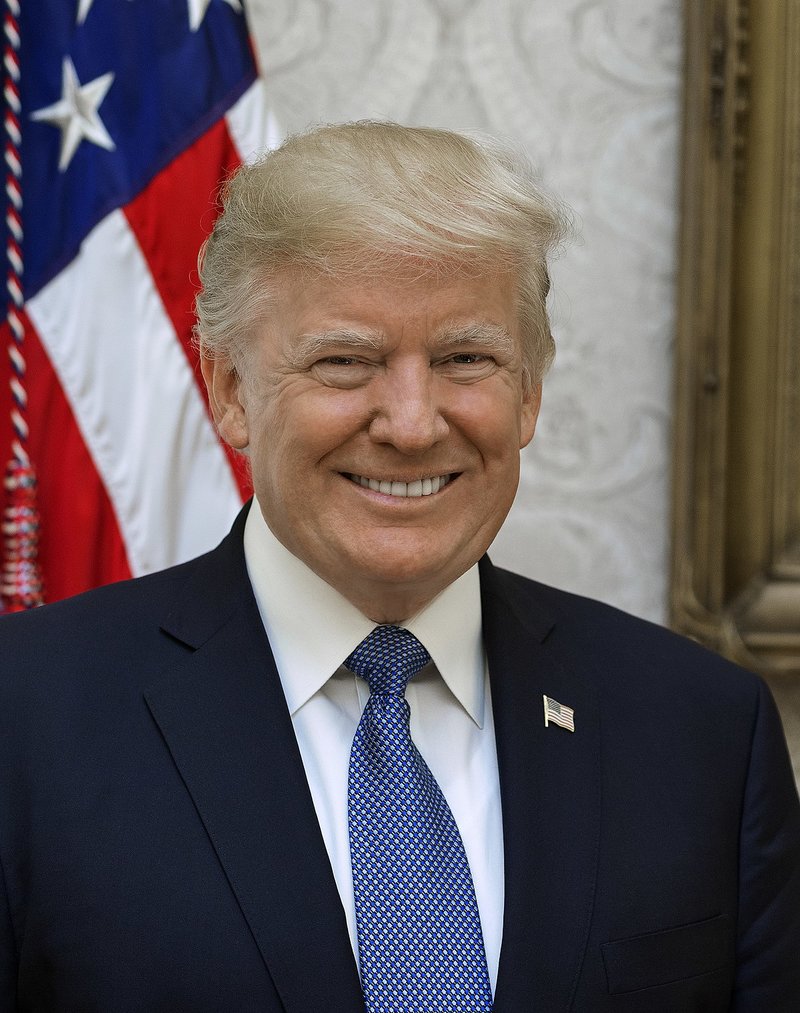 Thank you, my friend Maj Marty Hogan for making us aware that June 14 is the anniversary of the birth of international businessman Donald John Trump who was elected, to the consternation of pundits and radicalized liberals, as the 45th and current President of the United States.
I am thankful that he is our current POTUS for many reasons.
Happy 73rd Birthday President Donald John Trump with many happy returns while POTUS.

Background from whitehouse.gov/people/donald-j-trump/
"Donald J. Trump is the 45th President of the United States. He believes the United States has incredible potential and will go on to exceed even its remarkable achievements of the past. His campaign slogan for President was, “Make America Great Again,” and that is exactly what he is doing.
Donald J. Trump defines the American success story. Throughout his life he has continually set the standards of business and entrepreneurial excellence, especially in real estate, sports, and entertainment. Mr. Trump built on his success in private life when he entered into politics and public service. He remarkably won the Presidency in his first ever run for any political office.

A graduate of the University of Pennsylvania’s Wharton School of Finance, Mr. Trump followed in his father’s footsteps into the world of real estate development, making his mark New York City. There, the Trump name soon became synonymous with the most prestigious of addresses in Manhattan and, subsequently, throughout the world.

Mr. Trump is also an accomplished author. He has written more than fourteen bestsellers. His first book, The Art of the Deal, is considered a business classic.

Mr. Trump announced his candidacy for the Presidency on June 16, 2015. He then accepted the Republican nomination for President of the United States in July of 2016, having defeated seventeen other contenders during the Republican primaries.

On November 8, 2016, Mr. Trump was elected President in the largest Electoral College landslide for a Republican in 28 years. Mr. Trump won more than 2,600 counties nationwide, the most since President Ronald Reagan in 1984. And he received the votes of more than 62 million Americans, the most ever for a Republican candidate. These voters, in delivering a truly national victory and historic moment, rallied behind Mr. Trump’s commitment to rebuilding our country and disrupting the political status quo that had failed to deliver results.

Mr. Trump won, in part, because he campaigned in places Republicans have had difficulty winning—Flint, Michigan, charter schools in inner-city Cleveland, and Hispanic churches in Florida. He went there because he wanted to bring his message of economic empowerment to all Americans. Millions of new Republicans trusted Mr. Trump with their vote because of his commitment to delivering prosperity through a reformed tax code, an improved regulatory environment, and better trade deals. President Trump’s victory has brought Americans of all backgrounds together, and he is committed to delivering results for the Nation every day he serves in office.

President Trump has been married to his wife, Melania, for twelve years, and they are parents to their son, Barron. Mr. Trump also has four adult children, Don Jr., Ivanka, Eric, and Tiffany, as well as nine grandchildren."

SPC Douglas Bolton
Posted >1 y ago
Maj Marty Hogan he will be noted as one of the great presidents when this storm is over in his life.
(7)
Comment
(0)
Show More Comments
Read This Next
RallyPoint Home