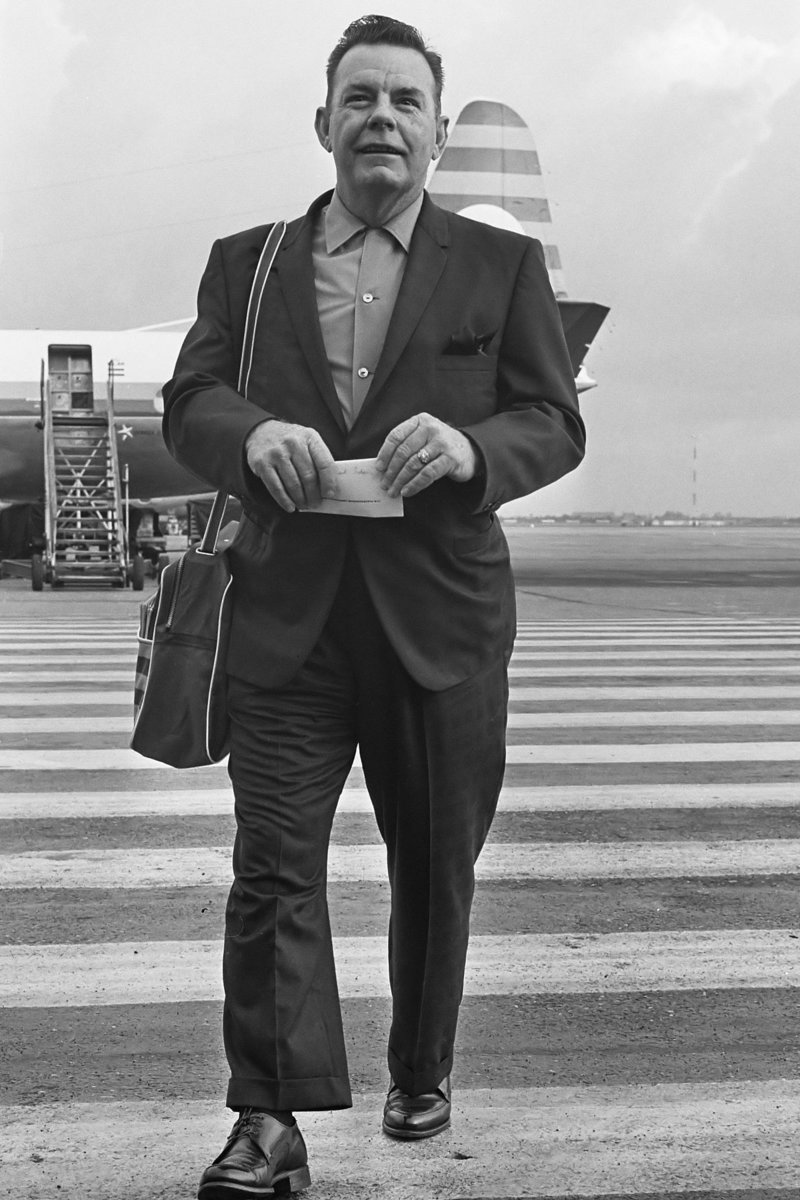 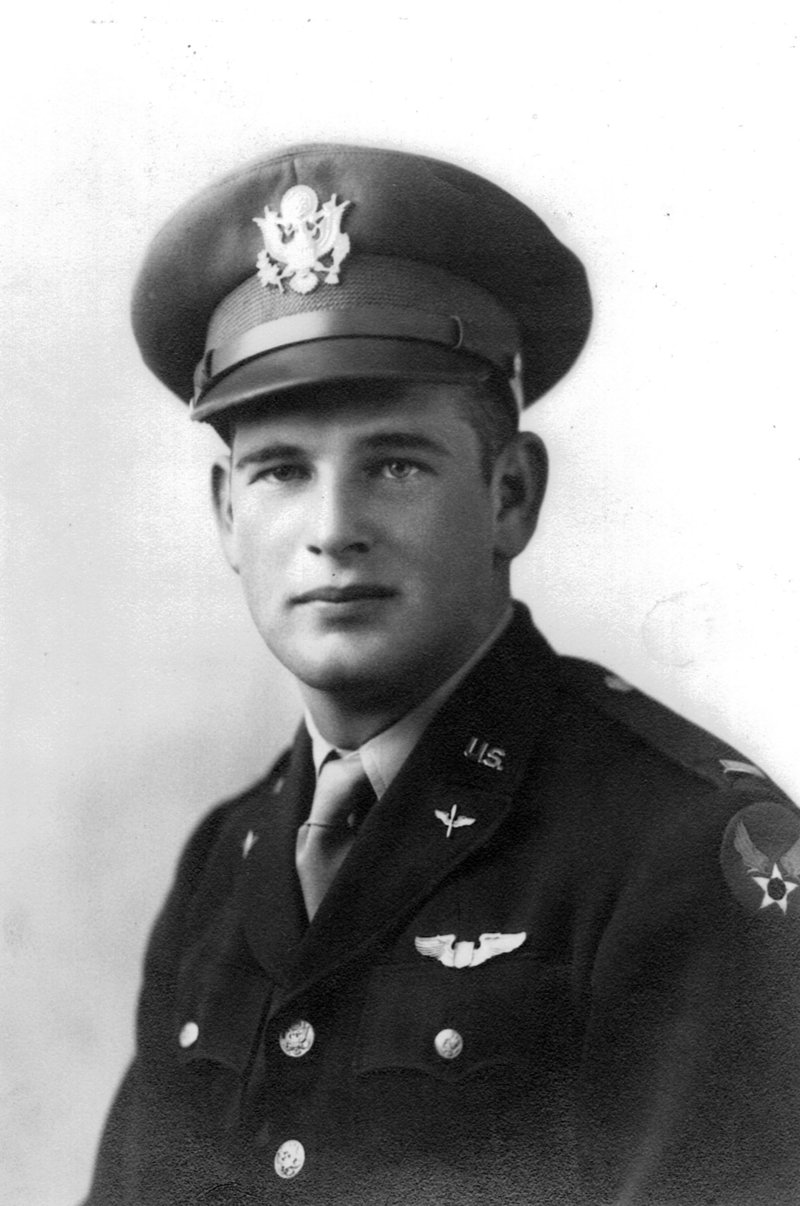 Background from
"With his flashy name, flashy suit, and a utility belt full of clever gadgets of his own design, Red Adair was as close as it gets to a real-life superhero. As the undisputed king of oil well fire-fighting, Adair reigned for 50 years as the oil patch's first-call defender against wells gone wild.

In a career spent battling some 2,000 oil well fires, Adair cut a heroic figure in his trademark red overalls. But this hero didn't bother with a secret identity. He embraced the heat of the blaze and the glare of the public spotlight with equal relish, and he took full advantage of the wealth his exploits earned. John Wayne played him in a movie (the Hellfighter, 1968), he guested on all the major TV talk shows, and he pitched Rolex watches. His outsized persona was best reflected in his fleet of stately—and bright red—Mercedes Benzes, Bentleys, Cadillacs, and speedboats.

Adair's heyday coincided with a post-World War II spike in global oil and gas drilling to slake the rebounding world's thirst for cheap petroleum. International exploration expanded into new frontiers offshore and throughout the Middle East. Containing well blowouts and fires became exponentially more complicated. From the "Devil's Cigarette Lighter" in the Sahara Desert in 1962, to the deadly Piper Alpha platform in the North Sea in the 1988, to the intentionally torched oil fields of post-Gulf-War Kuwait, Adair was at every major hotspot. And when Walter Cronkite or Huntley and Brinkley assured the public that Adair was on the scene, victory was a foregone conclusion.

A Hero's Humble Start
Paul Neal "Red" Adair was born in the emerging oil capital of Houston, Texas, in 1915. He witnessed his first well fire at age 6, and his innate engineering instincts kicked in immediately. According to Philip Singerman's biography, An American Hero: The Red Adair Story, he assured his playmates that he could put out the fire by building a truck "the size of a house" that could transport huge volumes of water to the source of the blaze.


Red Adair was the 20th century's greatest—and by far the most famous—fighter of oil well fires.

Adair's father worked as a blacksmith, but the family was poor. At the height of the Depression, Adair dropped out of high school to earn money for the family. He landed his first oil-related job around 1938 at the Otis Pressure Control Company, spending his off-hours studying and sketching designs for improved extraction equipment and, when needed, fighting well fires. Joining the Army in the latter days of World War II, he polished his ability to stare down danger as a member of an elite bomb-disposal squad.
After his discharge, he took a job as a firefighter with the famed founder of the blowout control industry, Myron Kinley, who quickly recognized his talent. Adair launched his own company, Red Adair Co., in 1959.
From the start, Adair emphasized safety for his workers and often boasted of a record he said was free of serious injury to himself or his employees. Then again, he had his own definition of "serious."
"I've got cut half in two, once, and blowed up a time or two, but nothing permanent," he once told a reporter for The Globe and Mail of Toronto.
"People call me a daredevil but they don't understand," he told his biographer. "A daredevil's reckless, and that ain't me. The devil's down in that hole and I've seen what he can do, and I'm not darin' him at all. I'm a beware-devil, that's what I am."

When a Well Goes to Hell
Few industrial mishaps are as spectacular as an oil well blowout. Wild wells spray their surroundings with hundreds of thousands of barrels of crude each day they remain unchecked. And when a blowout catches fire, all bets are off. Fueled by an endless, high-pressure geyser of crude, a well fire creates a towering flare that can reach several hundred feet.
Adair was noted for technological innovation. His semi-submersible firefighting vessel for offshore fires was the first of its kind, and one of numerous fire boats he created. One of his most enduring inventions was the 1941 development of the Athey wagon, a modified bulldozer with a hydraulic winch that helps control a long (approximately 60-foot) boom assembly for clearing debris or placing explosives at the well site.

The Legacy of a Hellfighter
Like any good performer, Adair saved his best feat for last. Many consider his crowning achievement to be his central role in containing the Kuwaiti oil field fires of 1991 that threatened planetary environmental consequences as well as incalculable lost revenues for oil producers. Following a scorched earth retreat policy, Saddam Hussein's defeated army set ablaze more than 700 of Kuwait's 1,000 oil wells. Adair was among the first responders, and his team squelched fires at 117 of the nation's most productive wells. Adair's expert advice to President Bush and military leaders helped shave months off of the containment project simply through better logistics and supply lines.
Despite his outward flamboyance, Adair had a major soft side. Part of his satisfaction with his wealth came from supporting charitable organizations, especially those aimed at children's health. In the years since his death in 2004, Sunny Hinson Adair (Red's granddaughter and only living relative) continues to honor that legacy through the Red Adair Foundation and its primary beneficiary, the Shriners' Children's Hospital in Galveston, TX, which specializes—appropriately enough—in treating pediatric burn injuries."

"The Red Adair Co., Inc. presents “The Devil’s Cigarette Lighter.” This circa 1962 color film features the first person narration of famed oil well fire fighter Red Adair, who takes you step by step as he and his fire fighters (including Boots Hansen and Coots Mathews) extinguished the oil well fire that put the Red Adair Company on the map and made him a celebrity. The natural gas well fire was nicknamed “The Devil’s Cigarette Lighter. The fire, in the Sahara Desert of Algeria, ignited in 1961 when a pipe ruptured on a Phillips Petroleum Company-owned well. The blowout and fire were estimated to have consumed enough gas to supply Paris for three months. After burning almost six months, the fire was extinguished by Adair by using explosives to deprive the flame of oxygen. The incident became the basis of the film Hellfighter starring John Wayne in the role of Adair.

The film opens with scenes from the Sahara and the fire (mark 01:37), as Adair explains how he and his crews had to dig for water to first try to extinguish the blaze. His calm and reassuring drawl covers each step of the operation as he is occasionally asked questioned about the project. At mark 08:17 streams of water are shown cooling the area before work crews moved in, and at mark 11:30 viewers get a close-up look of the flames. After attacking the base of the fire with water, Adair is shown at mark 14:00 preparing drums which will hold the explosives that eventually be used to extinguish the blaze. He carefully explains the process as events plays out on screen, and the camera shakes at mark 16:25 as the explosives go off. By mark 18:50, Adair uses to diagrams to further explain the process used to extinguish the Devil’s Cigarette Lighter before returning to footage that includes preparing to cap the well (mark 22:55). Following a series of more graphics and preparation, the flow of gas is finally shut off at mark 30:32.

Paul Neal "Red" Adair (June 18, 1915 – August 7, 2004) was an American oil well firefighter. He became notable as an innovator in the highly specialized and hazardous profession of extinguishing and capping oil well blowouts, both land-based and offshore."
https://www.youtube.com/watch?v=q0uGHaVZRM4