LTC Stephen F.
4.52K
14
5
9
9
0
This seemed like a Duffle Blog post from 1862 but it truned out to be a April Fools prank of news that might have been in 1862
April 1, 1862: ---THE BATTLE OF CORINTH, Mississippi. Gen. Ulysses S. Grant, in a bid to surprise the gathering Confederate force at Corinth (before they try to attack his army at Shiloh), marches 30 miles in 32 hours, drives in the Rebel pickets, and throws his divisions into line of battle. The Rebels are caught by surprise, but Gen. Beauregard quickly forms a fortified line of artillery while Gen. Johnston directs the wavering lines of infantry. As Grant advances his line in the wake of the fleeing Rebels, he outmarches his artillery. When he comes up against Beauregard’s line, and orders an assault by McClernand’s and Hurlbut’s divisions. This attack ends in disaster. Grant order’s Sherman’s division forward, with Prentiss in support. Sherman briefly breaks the Southern line, but rebel guns have done great damage to the advancing Federals. Sherman himself is killed, and Gen. Prentiss captured. Grant spurs forward to rally his troops, and is killed by an artillery round. The Union army retreats in a rout, and Gen. Hardee’s infantry and Forrest’s gray cavalry harasses them all the way back to Pittsburg Landing. By April 4, Johnston will have the Federals, now under the command of Lew Wallace, bottled up in the elbow of Owl Creek, where they surrender.
---Canada declares war on the United States, and three armies (consisting of British regulars and Canadian militia) cross the borders on this date. One army crosses into Vermont heading to St. Albans, another is amphibiously floated from Toronto across Lake Erie to Sandusky, Ohio, where they land unopposed and march inland. Another army crosses the border between Ontario and Minnesota, with the purpose of joining with the Sioux in a planned uprising along the Minnesota River Valley.
---Gen. J.E.B. Stuart, with a brigade of Confederate cavalry, dashes northward from Culpepper Court House, riding by back roads behind Union lines. On the night before, they ride across the Long Bridge into Washington, D.C., catching the Union pickets completely by surprise, at 11:00 PM, and ride up 14th Street to Pennsylvania Avenue and the White House. The Rebels capture the White House guards without a shot. Gen. Stuart and his staff walk into the President’s study, where Lincoln is writing letters. The President surrenders, and signs a prepared Cease Fire treaty. The Rebels put the President in a carriage as a prisoner (pending a formal peace treaty), with guards, and his secretary John Hay, and ride back into Virginia. The Civil War is over.
--Ironically, at the same time, Pres. Jefferson Davis announces to reporters that he has Negro ancestors, and then resigns in disgrace from the Presidency. COL Mikel J. Burroughs LTC Stephen C. LTC Thomas Tennant MAJ (Join to see) LTC (Join to see) SGM David W. Carr LOM, DMSM MP SGT SMSgt Dr. G. A. Thomas SFC (Join to see) SSgt Robert Marx SSG Leo Bell SSG Ed Mikus SGT John " Mac " McConnell SFC William Farrell SP5 Mark Kuzinski PO3 Steven Sherrill SGT Forrest Stewart SGT Robert Hawks SrA Christopher Wright SPC (Join to see) CPO Tim Dickey 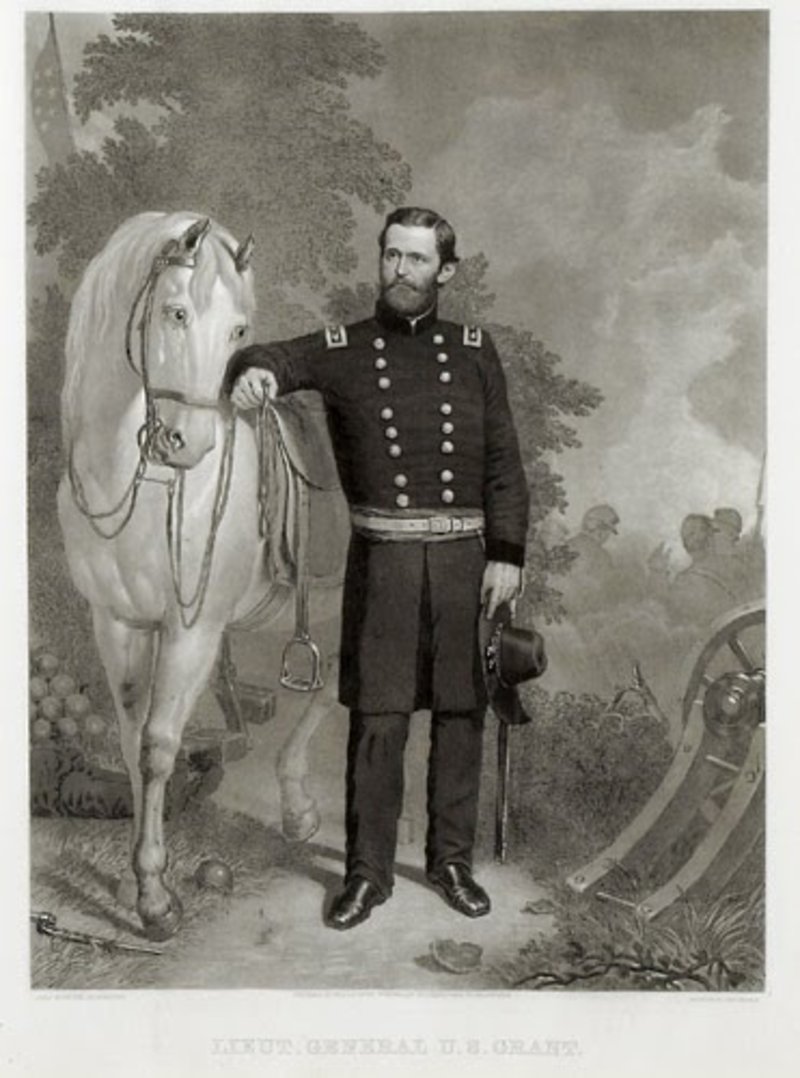 Posted from civilwarsesquicentdaily-wolfshield.blogspot.com
Posted in these groups:

SSgt Robert Marx
Posted 6 y ago
The 2nd point of war with Canada was from the War of 1812. There was no delineation in that point that I could see!
(1)
Comment
(0)
Show More Comments
Read This Next
RallyPoint Home