Trump, in a New York Times interview, appeared to dismiss a foundational principal of US national security policy, when he said if Russia attacked the Baltic states he would decide to come to their aid based on whether those countries “have fulfilled their obligations to us.”

Whatever Trump’s intent, allies jittery over Russian President Vladimir Putin’s revanchism in recent months signaled that they were listening.

"NATO is the basis for our security," Czech Prime Minister Bohuslav Sobotka reportedly said in response to Trump’s comments at a news conference in Poland. "I expect that also in the United States, whoever wins the presidential election, I hope the United States will remain a solid NATO partner.”

Estonia’s President Toomas Hendrik Ilves appeared to respond to the comments on Twitter, where he said: “We are equally committed to all our NATO allies, regardless of who they may be. That's what makes them allies.”

While Trump’s relationship with the Republican Party establishment has been rocky, the comments represent a significant break with a tenet held by leaders in both parties — to stand by the collective defense commitment under Article 5 of NATO’s founding treaty.

Within hours, Hillary Clinton’s campaign blasted Trump, as policy adviser Jake Sullivan released a statement late Wednesday, saying Trump was "temperamentally unfit and fundamentally ill-prepared" to be commander in chief. Former US presidents Ronald Reagan and Harry Truman, he said, would be "ashamed."

“For decades the United States has given an ironclad guarantee to our NATO allies: We will come to their defense if they are attacked, just as they came to [our] defense after 9/11,” Sullivan said. “Donald Trump was asked if he would honor that guarantee. He said … 'maybe, maybe not.' ”

Retired Navy Adm. James Stavridis, whose last post was a four-year stint as supreme allied commander at NATO, overseeing the alliance’s military operations across the globe, tweeted Thursday: "Trump on NATO: deeply dangerous will dismay our closest Allies but great cheer in Kremlin: I can hear Vladimir Putin chortling from here."
It's rumored that Clinton is considering the retired four-star as her potential running mate this fall.

Trump’s running mate, Indiana Gov. Mike Pence — who spoke at the convention Wednesday about Trump’s commitment to US allies — went on the defensive Thursday, offering assurances Trump will defend them.

"I'm very confident that Donald Trump will stand by our allies and stop apologizing to our enemies," he said on Fox News' "Fox & Friends" Thursday morning.

"I haven't seen the exact context of his words," Pence said. "I think Donald Trump's position, very broadly with regard to our allies and with regard to treaty obligations and NATO, is that it's time for allies to begin to pay their fair share."

Some in the Republican Party were rattled.

Sen. Lindsey Graham, a member of the Senate Armed Services Committee who ran for the GOP nomination against Trump, issued a statement questioning Trump’s fitness as commander in chief and called on Trump to correct his remarks when he addresses the Republican National Convention on Thursday night.

“Statements like these make the world more dangerous and the United States less safe,” said Graham, R-S.C. “I can only imagine how our allies in NATO, particularly the Balkan states, must feel after reading these comments from Mr. Trump. I’m 100 percent certain how Russian President Putin feels — he’s a very happy man.

“The Republican nominee for President is essentially telling the Russians and other bad actors that the United States is not fully committed to supporting the NATO alliance,” Graham said. “NATO has been the most successful organization in modern history to provide collective defense for democracies. If Mr. Trump is serious about wanting to be Commander in Chief he needs to better understand the job which is to provide leadership for the United States and the free world.”

Other conservatives were quick to dismiss Trump’s remarks as campaign trail bombast. Heritage Foundation national security expert James Jay Carafano said that no matter what Trump says, presidents of both parties have stood by Article 5 for years and will continue to do so.

“People can debate forever what the candidates say on the campaign trail, and what their bumper stickers look like, but the reality is NATO policy is going to look the same,” Carafano said. “People are not dumb enough to divine someone’s foreign policy based on what they say in public.”

Behind the scenes at the GOP’s convention in Cleveland, Carafano said he and key Republican figures have held “substantive, very serious discussions” with interested foreign diplomats.

“One of the things we talk a lot about is: OK, put the stuff that’s said on the campaign trail aside and try to understand the actual context,” Carafano said.

Trump’s remarks to The New York Times cap a string of statements questioning the relevance of the alliance and calling for US allies to make larger financial commitments to Europe’s defense.

Those statements, and others Trump has made, are making foreign officials increasingly nervous, said Julianne Smith, an adviser to Clinton’s campaign and former deputy national security adviser to Vice President Joe Biden.

“It was pretty earth shattering, I have to say, for those of us in this community,” Smith said. “I travel probably two to three times a month overseas and every engagement I have — whether it’s the Middle East, Europe or elsewhere — starts with a conversation about Donald Trump. If it’s Europe, the first thing they want to talk about is whether the US wants to uphold the treaty commitments the US has made.”

Many European nations finally feel they are getting the US to return to the continent, and they are motivated to spend on defense when the US does. When the US is less inclined, they follow suit, Smith said.

“When Obama went to Europe and said, ‘I’m going to put a billion dollars into European security, but you better show up and help back that,’ the Europeans did it,” Smith said. “When we say, ‘We’re leaving NATO, we don’t care, we’re not going to keep our commitments,’ all they do is turn in the opposite direction and run.”

Republican political consultant Mike Murphy predicted the Trump campaign will use Trump’s convention speech tonight to soften his comments and that Democrats would continue to hammer Trump for them.

“In a campaign when there’s an opening on the other side, you pour through it,” Murphy said. “I can see the choir of [retired military] brass [at the Democratic National Convention in Philadelphia next week].”

Sen. Debbie Stabenow, D-Mich., the vice chair of the Democratic Policy and Communications Center, and the Senate Armed Services Committee’s ranking member, Jack Reed, D-R.I, scheduled a press call for Thursday afternoon to highlight how Trump is “temperamentally unfit and unqualified” to be the next commander in chief.

“So, when Mr. Trump says he'll only consider action, he is joining a long list of failed statesmen and leaders from decades ago, whose ‎hesitancy, wavering and lack of resolve — for whatever reason — in the face of adversity paved the path to disastrous war,” Clark said. 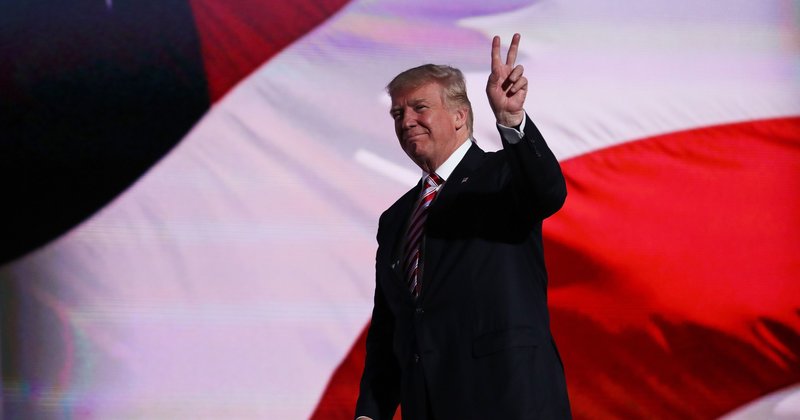 LTC Stephen F.
Posted >1 y ago
As Donald Trump mentioned last night NATO has already agreed to change based on his criticism of their response to terror SFC (Join to see).
1. I take NATO secretary general, Jens Stoltenberg's comments with a large grain of salt "Solidarity among allies is a key value for NATO." "We defend one another. We have seen this in Afghanistan, where tens of thousands of European, Canadian, and partner nation troops have stood shoulder-to-shoulder with U.S. soldiers. Two world wars have shown that peace in Europe is also important for the security of the United States."
2. The first world war was fought because of alliances that could not be broken, The second world war included allies from WWI that became enemies in WWII - Italy and Japan.
3. Turkey is a part of NATO and they are becoming more radicalized. The open immigration policies of France, Belgium and Germany have allowed ISIS terrorists and wannabes to enter this nations.
When one NATO state fights against another NATO state we don't want to be drawn in unnecessarily.
4. We are positioning capability in Poland to deter Russia from moving west in that region. Similarly we have capability in Bulgaria which provide access to the Black Sea and reach if necessary to Ukraine,
5. Donald Trump probably has the best understanding about treaties of anybody at this point. Treaties are contractual arrangements between nations or sub-nations [remember our "treaties with the indigenous people of this nation].
6. When one or more parties fails to live up to a treaty the treaty should be considered null and void.
Impeached former President William Jefferson Clinton entered into treaties with China and the NAFTA treaty which have both hurt us. How many jobs have left this nation since NAFTA?
COL Mikel J. Burroughs LTC Stephen C. Maj William W. 'Bill' Price Capt Christopher Mueller Capt Seid Waddell CW5 (Join to see) CSM Charles Hayden SMSgt Dr. G. A. Thomas SGM David W. Carr LOM, DMSM MP SGT SFC James J. Palmer IV aka "JP4" SSgt (Join to see) SGT (Join to see) SP5 Mark Kuzinski SGT Forrest Stewart SGT John " Mac " McConnell SGT Robert Hawks SGT Robert George SrA Christopher Wright Kim Bolen RN CCM ACM
(5)
Comment
(0)

MSG Tom Earley
Posted >1 y ago
Do the NATO countries need to contribute more to their defense? damn right they do.
Should we still defend them if they need us? Damn right we do.
(5)
Comment
(0)

SSG Martin Reyna
Posted >1 y ago
The UN and NATO expect the US to be there with Money, Soldiers, Equipment, Weapons Etc. Those of us who have served and have been deployed on NATO or UN mission know that the US takes the biggest hit in any aspect. I believe if they want our support they have to shoulder an equal amount of responsibility (debt, Soldiers, etc.)
(2)
Comment
(0)
Show More Comments
Read This Next
RallyPoint Home