LTC Stephen F.
3.37K
19
8
7
7
0
I was saddened to learn that the 200 or so Chibok girls who were abducted and kidnapped by Boko Horan in Nigeria are still missing. I can't begin to imagine the grief the parents and families of these girls are going through.
Lord Jesus, I lift up these girls to you and ask that you protect their bodies and their minds. Deliver them from evil. I pray that the families who are grieving are comforted by you Holy Spirit and by human friends.
"Two years later, Chibok girls still captive
NIGERIA | Advocates in Congress hold onto hope for the return of more than 200 Nigerian girls abducted by Boko Haram
By EVAN WILT
Posted April 14, 2016, 05:20 p.m.
WASHINGTON—On the two-year anniversary of Boko Haram’s heinous abduction of 276 school girls in Nigeria, advocates remain hopeful each will return home safely—even with few bread crumbs to follow.
“I believe they are still alive and Boko Haram is holding these girls with the express purpose of bribery,” said Rep. Frederica Wilson, D-Fla. “We will never give up until we bring back our girls.”
Just before midnight on April 14, 2014, armed men surged the Chibok Government Secondary School in northeast Nigeria. They grabbed girls, between 11 and 17 years old, dressed only in their nightgowns, loaded them into trucks, and vanished. Several dozen girls escaped while in transit—leaping off moving trucks in the dead of night. Now, two years later, advocates in Washington, D.C., believe it is only a matter of time until the remaining girls are found, and they believe the United States government has a role to play.
But there’s little the U.S. government can do, without military intervention, to stop a terror group operating in another country. The U.S. military did send a team of advisors to help the Nigerian government locate the girls not long after their abduction, but the advisors soon returned home with nothing to show for their effort. Drones operated by U.S. and British forces spotted a group of about 80 girls believed to be part of the Chibok hostages, but the Nigerian government didn’t act on the intelligence.
Still, Wilson and Rep. Shelia Jackson Lee, D-Texas, have remained vocal on Capitol Hill, urging their congressional colleagues to help raise awareness of the missing girls. Each Wednesday while Congress is in session, Wilson and Jackson Lee round up others to wear red in solidarity for the girls. And they each are active on social media, spreading the message #BringBackOurGirls
To commemorate the two-year anniversary of the kidnappings, Wilson hosted morning events with a panel of experts and an afternoon press conference featuring some of the Chibok girls who escaped from Boko Haram’s grasp.
On Wednesday, CNN obtained video of 15 captives from the Chibok abductions, the first footage of the girls since May 2014. According to the Nigerian government, the video is an effort to open negotiations for the girls’ release. Boko Haram reportedly wants millions of dollars in exchange for their freedom.
One of the girls who escaped told reporters at the press conference the video gave her hope that her friends will soon return safely.
“The moment I saw them in the video, I was overcome with joy,” said Saa, a pseudonym she uses for protection. Tears ran down her cheeks behind dark sunglasses as she spoke: “Seeing them gives me the courage to tell the world today that we should not lose hope.”
The few girls fortunate enough to escape lived in fear. They anticipated Boko Haram would soon come back to find them, and they had no one to protect them in rural Nigeria.
Nubwa Gadzama, a student at the University of Michigan, was in Nigeria visiting family when she met Saa and some of the other Chibok girls. With the help of her brother, Gadzama spent her summer break filing paperwork to bring the girls to the United States. By the end of the summer, Gadzama obtained visas for the girls and was able to find homes for them to stay in while enrolling them in American schools.
Saa was recently accepted into an American university, and she expressed gratitude to the American advocates who helped her and the other Chibok girls.
Wilson celebrated the girls who arrived safely on U.S. soil at the press conference and praised Gadzama for providing a path for them to get here. But she and other representatives stressed the need to do more about the eminent threat of Boko Haram.
Since 2013, Boko Haram, an Islamist terror group, has displaced more than 2.3 million persons and murdered thousands. After rising to power in the region, the militants dispersed throughout an area the size of Florida. The Nigerian military drove Boko Haram out of many of the large metropolitan areas, but now the terror group has footholds in Chad, Niger, and Cameroon. As an insurgency group, Boko Haram blends in with populations and only shows arms when it is ready to attack, making members difficult to weed out.
The United Nations International Children’s Emergency Fund released a report this week that shows Boko Haram is increasingly using young girls and boys as suicide bombers. In the last year, the terror group used 44 child suicide bombers, compared to four in 2014. The youngest bomber so far was purported to be just 8 years old." COL Mikel J. Burroughs LTC Stephen C. LTC (Join to see) MAJ David Wallace CH (MAJ) William Beaver SMSgt Dr. G. A. Thomas CMSgt Mark Schubert SGM David W. Carr LOM, DMSM MP SGT SFC (Join to see) @SSG James J SFC James J. Palmer IV aka "JP4" SGT Forrest Stewart SGT Robert Hawks SGT John " Mac " McConnell SPC (Join to see) SrA Christopher Wright 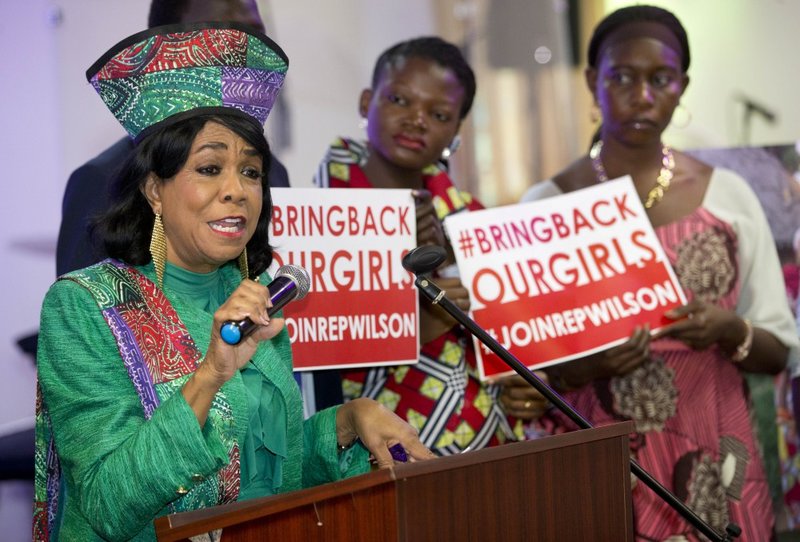 Posted from worldmag.com
Posted in these groups:

CPT (Join to see)
Posted 5 y ago
I've seen a couple of documentaries about the wars in the African continent. The UN, the US, and other Western powers should be disgusted with our lack of intervention.
(2)
Comment
(0)

SSG Warren Swan
Posted 5 y ago
In the ME, there was a HUGE stink made about Christians being persecuted and killed for not converting to Islam by ISIS. On social media there was talk about why aren't we deploying there to deal with them and end the senseless bloodshed for our fellow Christians? Here are 200 women who were doing nothing other than trying to get an education and they were kidnapped and held. FLOTUS made #BRINGBACKOURGIRLS. She took heat from that, and she became a lot of memes at the time over it. Maybe if Boko Haram decided to kidnap a few doctors, kill a few THOUSAND more Christians, or whatever keeps our attention in the ME for the next five minutes we'd find the internal fortitude to go after them and deal with it once and for all. The AU isn't doing anything. But if we put some massive oil fields out there, doctors without borders, and whatever else is popular to get the attention of congress those girls would be found in two months max. In three months Boko Haram would cease to exist, but we won't go there. The ROI isn't there, and the American public wants ME blood.
(2)
Comment
(0)
Show More Comments
Read This Next
RallyPoint Home