Lt Col Charlie Brown
634
131
13
33
33
0
Jesse Owens at Berlin by Bill Bennett and John Cribb
Jesse Owens came from humble beginnings – he was the son of a sharecropper and grandson of a slave. When he was a boy in Cleveland, a coach saw him running in gym class and invited him to join the track team. Jesse couldn’t go to the team’s after-school practices because he had a job to help support his family, so the coach trained him in the mornings. By the time he was in college, Owens was a star. At one track meet, in a span of forty-five minutes, he broke three world records and tied a fourth.

In 1936 he traveled to Berlin to compete in the Summer Olympics, in which Adolf Hitler planned to show the world the “Aryan superiority” of German youth.

In three days Owens won three gold medals in the 100-meter dash, 200-meter dash, and long jump. A few days later, American athletes Marty Glickman and Sam Stroller – both Jewish – were yanked from the 400-meter relay team to appease Hitler. The American coach told Owens that he and Frank Metcalfe would run in their place. “I’ve won the races I set out to win,” Owens protested. “Let Marty and Sam run.” The coach insisted, and on August 9, 1936, Owens won his fourth gold medal.

Hitler, who had stopped shaking each winner’s hand, was asked if he wanted to make an exception for Jesse. The Führer shouted: “Do you really think I would allow myself to be photographed shaking hands with a Negro?” But German crowds cheered the American champion with the cry of “Oh-vens! Oh-vens! ” African American athletes won almost one-quarter of all U.S. medals in the 1936 Olympics, a firm rebuke of Hitler’s venomous theories about the so-called superiority of the Aryan race. 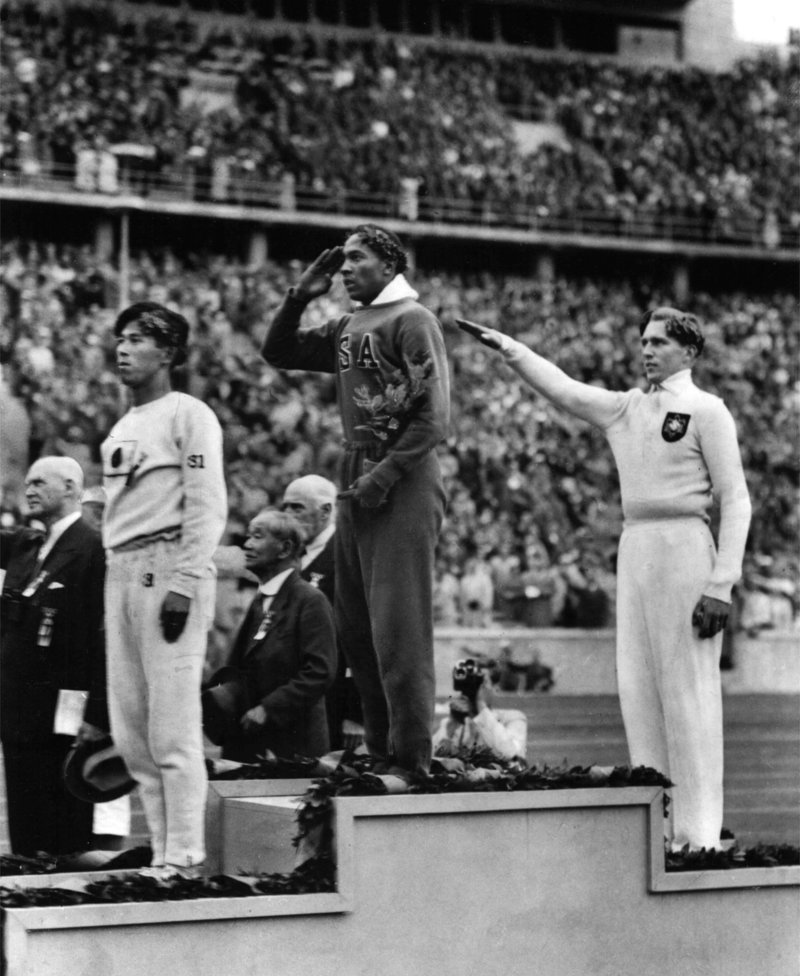 Lt Col Charlie Brown
Edited 1 mo ago
Posted 1 mo ago
"The battles that count aren’t the ones for gold medals. The struggles within yourself – the invisible, inevitable battles inside all of us – that’s where it’s at." ~Jesse Owens`