Should people who espouse racist or white nationalist beliefs be allowed to participate in Rallypoint?

Nationalism
Posted 9 mo ago
Comments have been disabled
Responses: 113

LT Brad McInnis
Posted 9 mo ago
This is a free country. They can be a part of whatever group they want, say what they want. The Constitution gives them that right, and the Constitution does not appoint you to be the moral babysitter. Worry more about your self, less about others. If you don't like it, block them.
show previous comments 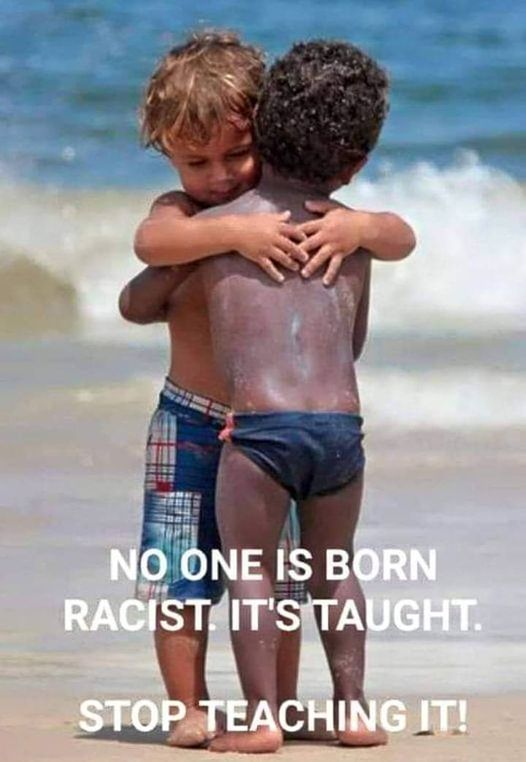 CW3 Peter Acevedo
24 d
We are still all Americans. We wear the uniform to keep it that way(FREEDOM). What you have is the right to Freedom of speech. So to combat them you need to convince them your way is a better way. Soldier on.

SSgt Joseph Baptist
22 d
SGM Erik Marquez - But Thomas Foreman posted that racist drivel here. Will the RP mods respond appropriately to that, and Thomas Foreman's other racist things that he has posted here on RP?

MAJ Hugh Blanchard
22 d
SSgt Joseph Baptist - I don't regard Historically Black Colleges nor black fraternity or sorority organizations as "racist" groups. Nor do I regard the NAACP or the Democrat Party as inherently racist, although some of their membership have moved too far to the left for my taste. La Raza, BLM, Antifa, and the KKK are all racist groups based on their own published statements of philosophy and proposed agenda of actions they want to take. We need to use some common sense in how we define racism.

SSgt Keith Barrows
Posted 9 mo ago
Ah - the squelching of ideas that one does not like. I find this end of the gene pool (White Supremacists) to be very distasteful. I also find the core participants of BLM and Antifa to be quite distasteful. Yet - they are all, or mostly all, citizens of this great nation and their right to believe what they want and speak what they want is guaranteed not to be trodden on by the 1st Amendment. If we go down this route I will dump it as fast as I did Facebook and Twitter. Once started, there is no end until we have a very small, homogeneous pool of thought.
show previous comments

SMSgt Billy Cesarano
1 mo
SPC John Tacetta - The horse$%1# theory is only effective if you never learned right from wrong. It was/is used as a socialist propaganda tool to derail unsustainable arguments. Our constitution is above all that garbage but the rhetoric continually drags it down to the level of arguing which type of socialist country we should create for America. Think of it this way, your mothers recipe for your favorite item of consumption will not be the same if you mess with the ingredients and her special way of combining them. It is the same for our constitution which was established under very strict limitations, to provide only that much government to protect and defend the unalienable rights bestowed upon us by the creator among them life, liberty and the pursuit of happiness. Now we are upside down. The strict limitations are on the citizens and the power is in the government. Mothers cookies not only taste horrible, we can't even call them cookies anymore.

SPC John Tacetta
1 mo
SMSgt Billy Cesarano - The Horseshoe Theory is just a construct used to illustrate the similarities between the hard right and hard left. It's progenitor is immaterial. The real point of this theory is to show how similar looking both ends of the spectrum become in their extreme. Joseph Stalin and Adolf Hitler are excellent examples of this paradox: democracy devolving into fascism and monarchy devolving into communism. Both were terrible dictatorships that horribly oppressed their people and led to the death of millions. However German and Russian societies, economies and cultures differed from one another, the iron hand ruled. Think, then, that our founders aimed to place this Republic squarely between these two extremes, governed by the people and not ruled by the man.

Fascism may be defined as "an authoritarian and nationalistic right-wing system of government and social organization". Sound familiar? I urge you to keep the "jack-booted" thugs who wrap themselves in the flag at bay and preserve your mother's recipes!

SMSgt Billy Cesarano
1 mo
I sense you're trying to spin and mold a complexity of righteous ideas where none exists. If you are unable to simplify a point to a basic right and wrong it's probably wrong. Our founding was based on a simple idea. People rule themselves as they see fit within the construct of civility of laws that assure that right described in the declaration which governments are created to protect to impose penalties for infractions. Imposing a right-wing and left wing is the divisive imposition of government factions on the citizenry.

SMSgt Billy Cesarano
1 mo
SGT (Join to see) - Getting stuck in the weeds over multitudes of trivial content is the product of the divisive rhetoric propagated by the power brokers and their minions to keep the peasantry fighting amongst themselves and otherwise occupied whilst the US Constitution is raped and slaughtered.

SSG (Join to see)
Posted 9 mo ago
If you can provide names to individuals you are concerned about, we would be happy to look into it and manage accounts accordingly.

As for the question you have asked, we can’t just delete people because they are associated with white nationalist sites because there are more racists then just white racists. If they bring their nonsense to RP, we encourage users to bring the post and individual to our attention. If they haven’t posted anything that is racist or perceived as racist, we can’t just nuke the account because you don’t like them. We must abide by the terms of service and community guidelines, not your personal preference or dislike for someone.

SFC Chuck Martinez
1 mo
I'm staying out of this mess, not worth my effort, I have a lot of friends in RP and I like to keep it that way. Republicans and Democrats will always agree to disagree or vice versa. My wife is a Democrat and I a Conservative. We talk not argue and that is what needs to happen between both parties. If we were to go to war again, nobody is going to ask you what party you belong to. I have never seen this country so divided like it is presently, this is not what we are all about. I don't give a rats ass about radical groups, in the end, they will end up dead or in jail. This is not what we are supposed to be about, we have to be united and not divided, but some just don't get it. Most of us were in uniform at one time or another and we watched each other's back. In the Nam war, we never talked about political affiliation nor politics. Tempers have to cool down and get back to the basics, being good American citizens and trusting in God. Those who do not believe, it is also their right, We need to get back to the basics and understand the word respect!!

SFC Craig Titzkowski
1 mo
I really don't think white anything is really a thing unless it is someone how is a none voting and a very isolated group of people because the 99.999999% of us would laugh at anything they would have to say. If I did hear something from some one who claimed to be a white nationalist they are out of touch with the rest of the country and so are the people that think racisms is running rapid through our country. The NAACP, BLM and so many others that preach racism. They all go broke when racisms is over so it will never end for them. Wonder why there are more church's in poor parts of a city or community. It isn't because their are % wise more sinners in poor areas. It is because todays church's are for profit not to save a sole. If you don't believe me look at the wealth of the biggest church's and their leaders. Please don't bring up the Catholic church they have the most but they are their own country and ruling body so I don't count them. Alot of the people screaming racism are the racist people I have ever seen and the most socialistic ideally aliened that's it God Bless Everyone

SSG(P) Danielle Birtha
1 mo
SFC Craig Titzkowski - heheh... read the Holy Bible... first 6 "books".
Moses brought more than 10 Commandments down from that Mountain... including where the one true church is, to whom and why we tithe.
And... I agree. Demanding that some people, because of the color of their skin, have more rights than others... is racist.
George Floyd was being arrested for "uttering a counterfeit security" LIFE in Prison.
But he is being memorialized, for attacking the police, while the police are being thrown in prison because he died resisting arrest... and those police: were doing their job AS TRAINED... AS ALL KNOW. Immediately after... EVERY police agency in the U.S. , including the military, changed their restraint methods, TO REMOVE THE SAME TRAINING THAT THOSE COPS HAD >(
Those cops are guilty of doing as Commanded.
And Chauvin did not kill Floyd with his knee on Floyd's neck. I watched the entire thing happen as it happened.
A. Floyd was not cuffed... he turned and attacked the cop that was trying to cuff him, which is why they took him to the ground... while an ambulance with PSYCHO restraints was called to put a straight jacket Floyd... to keep him from hurting himself, and police.
B. Floyd was doing push ups, with Chauvin's knee NOT on his neck.
C. Floyd couldn't breathe because of the BLACK OFFICER SITTING ON HIS DIAPHRAM >(
D. Floyd was fine until the Incident Watch Commander showed up and MADE Chauvin move his knee to Floyd's right shoulder, and press down, at which time Floyd's neck is CLEARLY seen to break... again... AS COMMANDED... and that watch commander... BLACK!
E. Chauvin's Trial: was snapshots, of moments the prosecutors used to dictate that Chauvin deliberately killed Floyd... the photo of Chauvin's knee on dead Floyd's neck... in motion... would show that knee was moving off his right shoulder, crossed over his neck/head, as Chauvin changed position as he asked... "Did he just die?"

When it is a crime for a Police Officer to do their job as they were trained... then the crime is oppressive racism on the part of those who demand that Officer be imprisoned for the crime of DOING AS HE WAS TOLD BY SUPERIORS. >(