Teams from the active Army, Army Reserve, National Guard and Marine Corps competed in the event, as well as teams from the Department of Homeland Security, and the Covington, Georgia; Jacksonville, Florida; Louisville, Kentucky; and Maryland police departments.

There were also sniper teams from Australia, the United Kingdom, Denmark, Ireland, Canada and Germany.

This year's competition took place on firing ranges across Fort Benning and tested the competitors' physical fitness and mastery of sniper skills, including target detection, stalking, land navigation and marksmanship.

The 96-hour competition featured 21 day and night events, a three-mile run with weapons and equipment, an eight-mile ruck and very little sleep.

The three Army teams taking first, second and third place is significant compared to the service's shooting performance in the 2016 Rio Olympic Games.

Five soldiers and one Marine were shut out in the shooting competitions after finishing behind competitors from such countries as Russia and China in 50-meter rifle, 10-meter air rifle, 25-meter pistol, and double trap shotgun events. 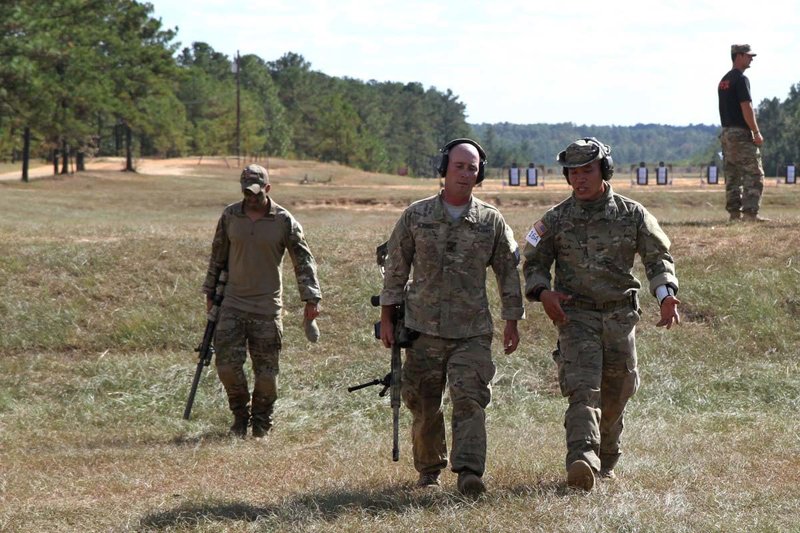 LTC Stephen F.
Posted 5 y ago
Thanks SP5 Mark Kuzinski for letting us know that Sgt. Saykham Keophalychanh and Sgt. Nicholas Mitchell were the top shooters from among more than 40 two-man teams from around who won the 16th annual International Sniper Competition at Fort Benning, Georgia.
Kudos to Sgt. Saykham Keophalychanh and Sgt. Nicholas Mitchell and all other friendly snipers !
(1)
Comment
(0)
Read This Next
RallyPoint Home