B-52 Could Get New Hypersonic Missile: Global Strike Commander

“Certainly, we’re in the in the conversation for the HACM as that gets developed,” he told reporters today in the margins of the Air Force Association’s annual winter meeting. “I’m not in a place where I can give you the dates and times. But as the Air Force looks at … how we continue to go down that path, I believe the HACM will give us an additional set of capabilities that will be both fitted for bombers and for fighter aircraft. So I think it’s a pretty special capability to keep our eye on.”

HACM is a scramjet powered, hypersonic cruise missile that, as colleague Rachel Cohen reported, may or may not be the outflow of the Air Force Research Laboratory’s Expendable Hypersonic Multi-Mission Air-Breathing Demonstrator (Mayhem) Program.
Global Strike Command already is planning to equip the B-52 with the AGM-183A Air-launched Rapid Response Weapon (ARRW). ARRW is a boost-glide cruise missile being developed by Lockheed Martin. In September, Ray told reporters at the September 2020 AFA meeting that he wants ARRW “soonest” — in part to beef up the capacity to undertake “dynamic force employment’ over far-flung theaters such as the Indo-Pacific.

“As you know, we’ve done some flight tests already with the ARRW,” he said today. “We’ll look to do some more this this later this year. I’m pleased with where that is.”


Meanwhile, the service is getting closer to picking a winner in the hotly contested program to re-engine the aging B-52.

“We should have this summer the answers back from competitors to be considered. And so then that process will go from there,” he said. The program is actually ahead of schedule, he added, in part due to the use of digital prototyping.


Vulnerability to missile threat has led the U.S. Air Force to reassess defensive options for a full-spectrum defense network across its bases in Europe and Africa.

From BREAKING DEFENSE
The much-upgraded, 68-year-old Stratofortress remains the mainstay of the much-diminished US bomber fleet, making its continued functioning a strategic imperative. The Air Force issued a request for proposals (RFP) in May for the B-52 Commercial Engine Replacement Program (CERP) for 608 new engines, spares and services. The service is planning to keep the B-52, which made its first flight in 1952, operating until 2050. The hope is that, by using modern commercial engines, the service can reduce costs via lower fuel burn rates and fewer maintenance hours.


Pratt & Whitney is the incumbent, with its TF33 currently powering the Air Force’s fleet of 76 operational B-52s. The company is offering its PW800 commercial engine. Challengers in the contest include: GE Aviation, with its CF34-10 and Passport engines; and Rolls Royce with its F130 engine.

Ray said that the overall goal for the bomber fleet remains “upwards of 225.” To get to that number from the 175 planes included in the current bomber acquisition roadmap, he said, means “simply more B-21s” — as Colin predicted back in 2019.

“That roadmap still includes making sure that B-2 is as viable as I can until the B-21 is coming out in appropriate numbers,” Ray added. “It means that I needed to divest of the more structurally challenged B-1s to get to a fleet of 45. That is going to be a foundational capability for maintaining the maintenance manpower for the fleet where it is, and to make that a down payment for the B-21, to re-engine the B-52 and to bring on a new radar and new cruise missile. That sequence of steps has all been laid out.”


“This edition has been nothing short of exceptional,” Maj. Gen. Staff Pilot Faris Khalaf Al Mazrouei, chairman of the Higher Organizing Committee, which “enables our nation to cultivate and expand our defense infrastructure and technological systems, using them to ensure security and peace across the Mideast.” 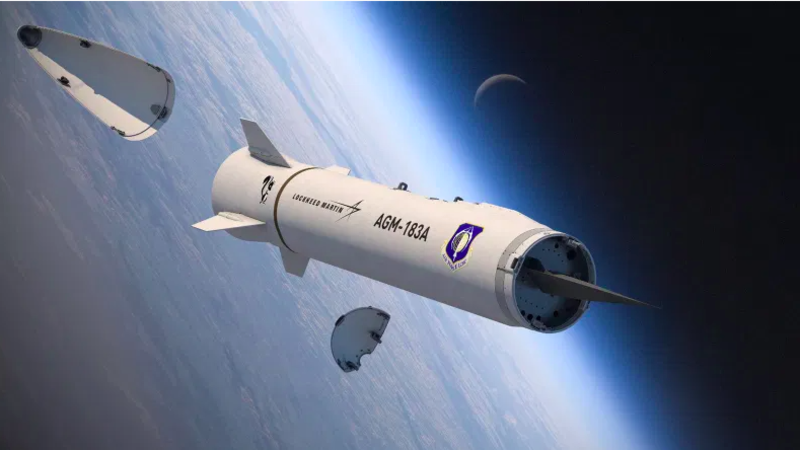 B-52 Could Get New Hypersonic Missile: Global Strike Commander

Maj Marty Hogan
Edited >1 y ago
Posted >1 y ago
Haven't we been trying to retire this for the newest and bestest weapon systems? I worked on this airframe for 10 years- will last forever...

PO1 Kevin Dougherty
>1 y
Maj Robert Thornton - The USCG is finishing their upgrade to the C-130J, they were flying 130s before I joined, and I expect will still be flying them the A-10 and the BUFFS long after I am gone.
(1)
Reply
(0)

SSG Samuel Kermon
Posted >1 y ago
Another thing I suspect is that a missile such as this can be used in LEO(Low Earth Orbit) anti-satellite interdiction missions.
(8)
Comment
(0)
Show More Comments
Read This Next
RallyPoint Home