Back to basics: Army dials up traditional soldiering once again

SFC (Join to see)
2.61K
31
11
8
8
0
Capt. Ronald Fletcher has met an officer candidate who couldn’t find north on a compass, a sergeant who couldn’t complete an inventory of equipment, and “far too many soldiers who couldn’t fire a weapon straight, let alone understand how the weapon functions.”

As a drill sergeant leader, Staff Sgt. Erick Avalos saw “a lot of senior NCOs, experienced noncommissioned officers lacking in the fundamentals” such as marching, drill and ceremony, and rifle marksmanship.

“These are basic things,” he said. “Land navigation, for instance. These are senior NCOs, but they don’t know it, they’re not familiar with it. I feel that’s something that’s completely lost in the Army.”

The problem is in the National Guard as well.

“If I took 10 E-4s and below and dropped them off in the middle of the woods with a map and compass, there’s no way they’re going to find their way out,” said a staff sergeant medic who asked to remain anonymous. “Right now I have six soldiers come out of basic training, and four couldn’t pass their PT test.”

After more than 15 years of war — most of it in counter-insurgency operations — in Iraq and Afghanistan, the Army is returning its focus to the basics of soldiering, intent on building an Army ready to face a wide array of threats around the world.

Today, more than 2,700 pieces of equipment in a brigade combat team run off GPS or satellite communications.

Cell phones work in Iraq and Afghanistan, and the Internet is a critical component to every tactical operations center across the Army.

But what happens if those systems fail? Or if the enemy launches an invasive and effective cyber or electronic warfare attack?

Could you find your way to your forward operating base with just a map and a compass? Could you communicate with your squad if your radios stop working? How about effectively and lethally running your weapon systems or combat vehicles?

“If you’re asking if we’ve degraded our analog skills based upon technology and the increase of technology, of course we have,” said Sergeant Major of the Army Dan Dailey. “And I agree we can’t lose the ability to do those things analog-wise.”

Any system is going to be targeted by your potential adversaries, Dailey said.

“When you design an electronic system, we’re all fully aware they’re subject to that,” he said. “What do you fall back on? Systems that can’t be messed with. It’s pretty tough to mess with a map, a protractor, a pencil and a compass.”
The Army “never lost sight” of those skills, Dailey said.

“What we did is we degraded the reinforcement of the leader development process with the use of technology, which is not bad, because they’re accurate,” he said. “When you use those things in a combat situation, they’re making our organizations very lethal and very capable.”

The use of electronic devices “isn’t a failure,” Dailey said.

“This is soldiers doing what’s needed to accomplish the mission, and those tools have made them successful on the battlefield for the last 14 years,” he said. “But based on our known threats, based on our assumed threats, we have to be prepared to revert back to our analog skills.”

Soldiers also must be experts on their individual weapon systems, Dailey said.

Many soldiers have lost their edge because they’ve been so busy with back-to-back deployments, said Avalos, who is now assigned to the Noncommissioned Officer Academy at Fort Hood, Texas. Before that, he served for a year a drill sergeant and a year as a drill sergeant leader at Fort Jackson, South Carolina.

“Our main focus has been fight, fight, fight, and we got away from the garrison environment where we conduct sergeant’s time training,” said Avalos, who has been in the Army for nine years and has deployed three times.

Problems in the ranks

Basic skills such as marching, drill and ceremony, and land navigation may seem to be low priorities, but they reinforce discipline across the board, Avalos said.

Fletcher, a prior-service Marine who served as an active-duty Army officer for about eight years before transitioning to the Army Reserve, said he believes soldiers get more training on sexual assault prevention than in basic soldier skills.

For example, Fletcher said, one of his personnel clerks, after four years in the Army “didn’t know that he was completing the standard forms all wrong. He was never properly trained because when he got to the unit it was work and mandatory training.”

“We are so intently focused on mandatory training that we lose sight of the basics,” said Fletcher, an explosive ordnance disposal officer with four deployments. “We focus on SHARP, which is extremely important, instead of teaching duty, honor and integrity from the moment these kids come into recruit training. We lose time in the training calendar to do MOS training because any white space fills with an ever increasing load of mandatory training.”
The Guard staff sergeant medic, who has served for 16 years, including in Afghanistan and Kosovo, said he once was on the range filling in as the medic on duty when he saw an infantry soldier who was having trouble shooting.

“Nobody was taking the time to help him out, so I did,” the staff sergeant said. “He was an E-2 or E-3, and even if his leadership may not have been on the range, I feel somebody from his unit should be teaching him the fundamentals, or they didn’t teach it enough [in basic training] for him to remember it.”

The staff sergeant said his concern lies mostly with new soldiers, as he has worked with many mid-grade and senior soldiers who are proficient at their jobs.

“New privates come back from [advanced individual training] with very little discipline, no sense of a higher purpose, and very few can pass a PT test,” he said. “Most of our training revolves around mandatory briefings, and very little time is actually spent training on basic soldier tasks.”

The staff sergeant said he sees a lack in knowledge when it comes to map reading, land navigation, reacting to fire, first aid and marksmanship.

“There is only so much that you can cram into one weekend per month, and it seems to me that way too often training on basic tasks is just not important enough to happen,” he said. 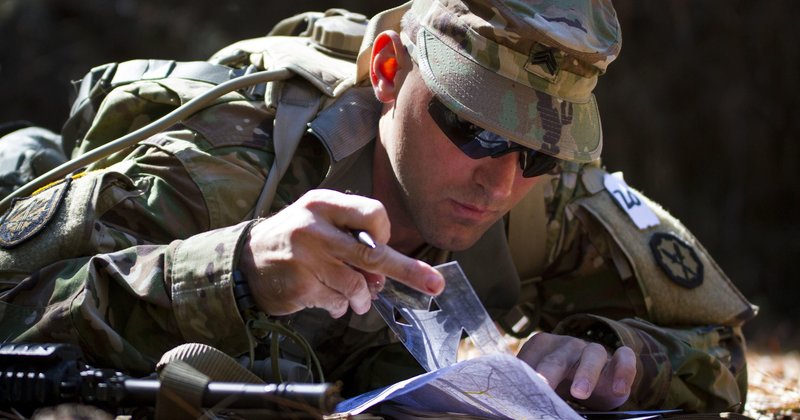 Back to basics: Army dials up traditional soldiering once again

SSG Warren Swan
Posted 6 y ago
"Some might say, ‘we don’t do that in combat".....it's not that "SOME" might say it, it's scary that damn near ALL do say it. I listed last ween 10 of the hardest things to do in the Army and calling cadence, and counter columns was two of them. We get to roll our sleeves again.....YAY. We get to wear a new PT uniform...YAY. No more berets.....YAY. What are we not getting? Went to PLDC in 98 here is some of the things they taught at Knox:
1. Counseling
2. Moving formations
3. Land Nav with NO electronic assistance
4. D&C I found this hilarious at the time being we had TOG Soldiers with us and they swore they were hot shit UNTIL we had to be graded on D&C and Land Nav,
5. Leadership principles
6. Accountability for self and those under you.

While some of that could be delegated to unit level, is that something we should do being units are burdened with every other kind of training you could dream of. A lot of SM's remember garrison Army and how it sucked, but they are being pushed out through retirements, ETSing, or other means. Who is filling that gap of knowledge? Garrison Army sucked, but what it taught was attention to detail in everyday life. We all know how to clean a M16 with carb cleaner thinking it'll get over on the PSG or 1SG after a range. If you're old enough, you might remember when there was this thing called room inspections and you had to have a display ready at all times with the uniforms facing a certain way, pressed, with a certain spacing between them, boots shined and a lot of other ignorant stuff that today is no longer done by and large. Sometimes you need to go backwards to go forwards, and maybe that time is coming up.
(3)
Comment
(0) 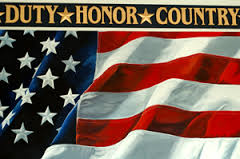 Cpl Mark A. Morris
Posted 6 y ago
To me,
It does not appear the current administration has the back of the military. As long as it is cover your arse, Senior NCO's and NCO's better be careful. It's hard to train when folks cry for their mommies every time you turn around.
Support must come from the top before problems like the above can be fixed PDQ.
Best of luck to anyone out there putting up with disrespect and trying to fix the problem.
M. Morris RVT
(3)
Comment
(0)
Show More Comments
Read This Next
RallyPoint Home