SFC (Join to see)
19.7K
8
3
6
6
0
The selection rate for chief master sergeant hit its highest point in three decades this month as the Air Force chose 531 E-8s for promotion.

Those promotion selectees were chosen out of 2,229 eligible senior master sergeants, resulting in a 23.82 percent selection rate, the Air Force Personnel Center said in a Thursday release. The last time it was that high was in 1986, when 23.82 percent of eligible airmen were also chosen for promotion to chief.

However, the actual number of selectees was only up slightly from last year, when 525 out of 2,521 eligible made chief. The higher selection rate is due to the lower number of promotion-eligible E-8s.

The boost in selection rates continues the promotion boom of the last two years. For years, selection rates steadily ticked downwards, until technical sergeants bottomed out in 2013, and the other enlisted ranks hit their recent lows in 2014.

But now, the logjam has broken. Selection rates for staff, master, senior master, and chief master sergeants increased in both 2015 and 2016. Technical sergeants saw a sizable increase in 2015 before dipping slightly in 2016 -- but even this year's E-6 selection rate is much higher than in previous years.

In an April interview, Brig. Gen. Brian Kelly, director of military force management policy, said that the plunging selection rates were closely tied to the significant force cuts of 2014. As the service contracted, there were simply not as many open positions for airmen to be promoted into, which had a ripple effect that slowed promotions across the board.

Over the last two years, however, the Air Force has been slowly rebuilding its end strength. And Kelly said that has helped selection rates get back to around their historical averages.

"When we were drawing down, the force was getting smaller, and those lower [selection] rates reflected that," Kelly said in April. "Now we've been growing and stabilizing, and so those rates have returned closer to the historical averages of where they've been, and we've been able to keep them in that area."

The average overall score for this latest group of chief master sergeant selectees was 506.82. Their average decorations score was 24.16, the average U.S. Air Force Supervisory Exam score was 69.2, and the average board score was 396.94.

Their average time-in-grade was 3.23 years, and their time-in-service was 21.37 years -- but this will be the last time that matters when making chief. The Air Force has phased out longevity points as part of a wide-ranging overhaul of the enlisted promotion system, and for the first time next year, airmen hoping for promotions to all ranks except senior master sergeant will not receive those points. E-8 promotions will have longevity points phased out in 2018 because the 2017 cycle was too far along to make the change. 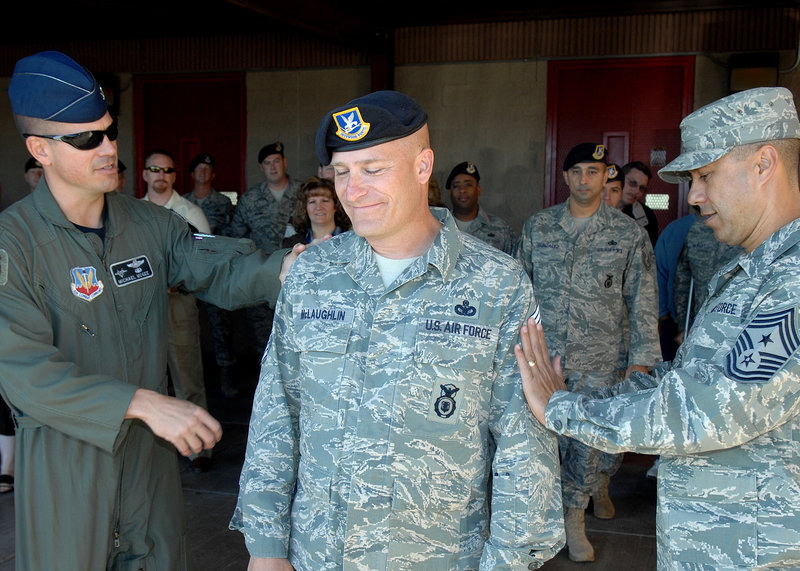 Posted from airforcetimes.com
Posted in these groups: CMSgt
Posted 4 y ago
Responses: 2