SFC (Join to see)
5.05K
38
13
10
10
0
Marine veteran and Medal of Honor recipient Dakota Meyer said Donald Trump needs to apologize to the parents of a U.S. soldier killed in combat if he wants to be the next commander in chief.

Meyer, who earned the nation's highest valor award after charging into a kill zone numerous times to save his comrades during a 2009 battle in Afghanistan, said there’s no justification for Trump's comments about a family that has sacrificed so much.

“[He is] going after a Gold Star family,” Meyer told Marine Corps Times on Wednesday. “What Trump doesn’t understand is that it’s a sacred family.”

Army Capt. Humayun Khan, a Muslim-American, was killed in Iraq in 2004. His father, Khizr Khan, criticized Trump’s proposal of freezing the entry of foreign Muslims during last month's Democratic National Convention, accusing the Republican presidential candidate of sacrificing “nothing and no one.”
Trump responded with criticism aimed at the Gold Star parents, suggesting Khizr Khan's wife, who stood by her husband's side during his speech at the convention, wasn’t allowed to speak because of the family's faith.

Meyer said Trump should expect to be critiqued as a public figure running for president. The Khan family, on the other hand, are private citizens, he said, and deserve better treatment.

“They can say stuff to him, and he [shouldn't] say anything back,” Meyer said.

Meyer, whose mother-in-law Sarah Palin has endorsed Trump, tweeted on Tuesday that if Trump wants to be the next commander in chief, "he needs to act like one." Trump's campaign did not immediately respond to a request for comment on Meyer's statement.
The Marine vet also took issue with Trump's comment about "always [wanting] to get the Purple Heart" after an Army vet gifted him the medal this week.
“Not one person who has served wants that,” Meyer said. “It just shows his lack of understanding to this community who mostly supports him. He needs to get in touch with his supporters and back on his feet so he can be the great leader I know he can be.”

Meyer said there’s “no doubt” in his mind that Trump would be supportive of the military if elected, but he needs to show troops that he can be a professional leader.

“Nobody wants to vote for Hillary Clinton,” he said. “But what I want is a commander in chief who definitely understands the people he’ll be leading to protect this country.” 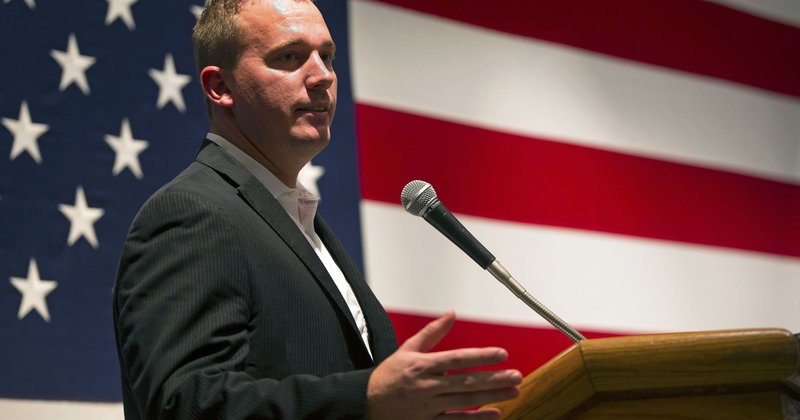 LTC Stephen F.
Posted 6 y ago
It is sad that if MOH awardees are considered to be political commentators that the public should follow when they endorse somebody on condemn somebody's comments as Dakota Meyer didSFC (Join to see). For far to long we have had celebrity endorsements from performers who really were not specially qualified to lead yet many follow. So many in this nation have become followers akin to Social media. This may be why Pokémon Go is such a popular game
I think everybody has a right to express their opinion and I hope people will vote after becoming educated on the candidates from local to national levels.
Attorney Khan decided to bring up his son's death 12 years after the fact for political purposes. Army Capt. Humayun Khan was killed by a suicidal radicalized Muslim.
Muslims killing Muslims doesn't usually make the news in this nation because it has been an everyday practice for so long - Shia versus Sunni, etc. The killing of military service members does make news.
Dakota Meyer may believe that Gold Star families are sacred families. In the cult of hero worship they may be sacred families but that is the only place they could be "sacred."
I believe it is correct to honor and assist when we can Gold Star families.
One of the sad outcomes from the Khan family diatribe on national TV is that it opened up old wounds in Gold Star families and service members who have had friends killed.
COL Mikel J. Burroughs LTC Stephen C. Capt Seid Waddell CW5 Charlie Poulton CW5 (Join to see) SGM David W. Carr LOM, DMSM MP SGT SFC William Farrell SSG James J. Palmer IV aka "JP4" SSgt (Join to see) SSgt Robert Marx TSgt Joe C. SGT (Join to see) SGT Robert Hawks SGT Robert George SGT John " Mac " McConnell SGT Forrest Stewart SP5 Mark Kuzinski SrA Christopher Wright SPC (Join to see)
(5)
Comment
(0)

SFC William Farrell
6 y
With all due respect to Dakota Meyer, what makes him an expert on anything and everything. He needs to tone down his rhetoric LTC Stephen F. and SFC (Join to see)
(2)
Reply
(0)

PO1 John Miller
Posted 6 y ago
SFC (Join to see)
Like SMSgt Minister Gerald A. "Doc" Thomas said, military types need to keep their noses out of politics, period.
I feel that the civilian/non-veteran American population thinks that a veteran endorsing/otherwise speaking on a candidate means that all veterans/the military in general support that candidate... Just MHO.
(2)
Comment
(0)

Maj (Join to see)
6 y
I respectfully disagree. As folk who have felt the direct effects of the executive branch's actions/orders, who better than a vet to speak up and speak out with regards to a potential commander-in-chief? It's not much different than the opinions we are expressing here on Rallypoint--difference being, he has a more public platform because he's a MOH recipient.

Now, as for Meyer saying that as a Gold Star family the Khans are somehow "sacred" in the sense that they shouldn't expect to be critiqued as public figures after having spoken out against the Republican nominee at the DNC...Mehhhh. Notwithstanding, I have a feeling the Dem strategists are getting exactly what they wanted out of this scenario. Trump couldn't help but nip at the bait...hook, line, and sinker.
(1)
Reply
(0)

PO1 John Miller
6 y
Maj (Join to see)
I do agree that the Khans are not untouchable since they're putting themselves out there for the world to see.
(0)
Reply
(0)

SSG Michael Hartsfield
Edited 6 y ago
Posted 6 y ago
uh oh. Now the conservative pundits are going to say he's in the pocket of the "liberal media."
(2)
Comment
(0)

SSG Michael Hartsfield
6 y
Hell TSgt Anthony Elmer, you've been around long enough to know the conservative media's mantra: "He that is not with me is against me."
(0)
Reply
(0)
Show More Comments
Read This Next
RallyPoint Home