Maj Marty Hogan
2.47K
33
3
16
16
0
John Adams (October 30 [O.S. October 19] 1735 – July 4, 1826) was one of the Founding Fathers of the United States, who served as the first Vice President (1789–1797) and as the second President of the United States (1797–1801). He was a notable lawyer, diplomat, and leader of American independence from Great Britain. As a dedicated diarist, and correspondent with his wife and advisor Abigail, Adams recorded important historical information on the era.

Adams was a political activist prior to the American Revolution and was devoted to the right to counsel and presumption of innocence. He defied anti-British sentiment and successfully defended British soldiers against murder charges arising from the Boston Massacre. Adams was a Massachusetts delegate to the Continental Congress and became a principal leader of the Revolution. He assisted in drafting the Declaration of Independence in 1776 and was its foremost advocate in Congress. As a diplomat in Europe, he helped negotiate the peace treaty with Great Britain and secured vital governmental loans. Adams was the primary author of the Massachusetts Constitution in 1780, which influenced the United States' own constitution, as did his earlier Thoughts on Government.

Adams was elected to two terms as vice president under George Washington. He then won election in 1796 as president; during his single term, he encountered fierce criticism from the Jeffersonian Republicans and even some in his own Federalist Party, led by his rival Alexander Hamilton. Adams signed the controversial Alien and Sedition Acts and built up the army and navy in the undeclared "Quasi-War" with France. The main accomplishment of his presidency was a peaceful resolution of this conflict in the face of public anger and Hamilton's opposition. He was the first president to reside in the executive mansion now known as the White House.

Opposition from Federalists and accusations of despotism from Republicans led to Adams’ re-election loss to his former friend Thomas Jefferson, and he retired to Massachusetts. He eventually resumed his friendship with Jefferson by initiating a correspondence that lasted fourteen years. He and his wife generated a family of politicians, diplomats, and historians now referred to as the Adams political family, whose most notable member was their son John Quincy Adams, the sixth president of the United States. John Adams died on the fiftieth anniversary of the adoption of the Declaration of Independence, hours after Jefferson's death. Surveys of historians and scholars have favorably ranked his administration. 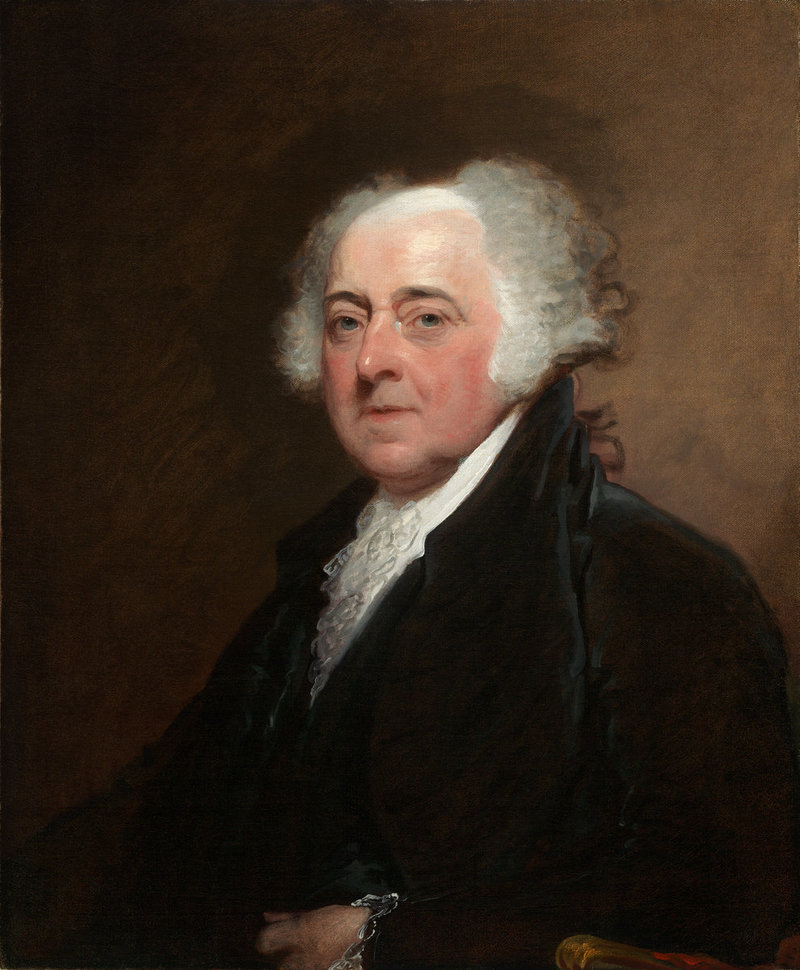 Office of the Vice President (VPOTUS)
Posted >1 y ago
Responses: 3

Who Was John Adams?

John Adams was the 2nd President of the U.S from 1797-1801. Professor and author C. Bradley Thompson joins Dave for President’s Week to discuss Adams’ life a...

Thank you my friend Maj Marty Hogan for making us aware that October 30 is the anniversary of the birth of notable lawyer, diplomat, and leader of American independence from Great Britain John Adams who served as the first Vice President (1789–1797) and as the second President of the United States (1797–1801)

Background from whitehouse.gov/about-the-white-house/presidents/john-adams
"John Adams, a remarkable political philosopher, served as the second President of the United States (1797-1801), after serving as the first Vice President under President George Washington.
Learned and thoughtful, John Adams was more remarkable as a political philosopher than as a politician. “People and nations are forged in the fires of adversity,” he said, doubtless thinking of his own as well as the American experience.

Adams was born in the Massachusetts Bay Colony in 1735. A Harvard-educated lawyer, he early became identified with the patriot cause; a delegate to the First and Second Continental Congresses, he led in the movement for independence.

During the Revolutionary War he served in France and Holland in diplomatic roles, and helped negotiate the treaty of peace. From 1785 to 1788 he was minister to the Court of St. James’s, returning to be elected Vice President under George Washington.

Adams’ two terms as Vice President were frustrating experiences for a man of his vigor, intellect, and vanity. He complained to his wife Abigail, “My country has in its wisdom contrived for me the most insignificant office that ever the invention of man contrived or his imagination conceived.”

When Adams became President, the war between the French and British was causing great difficulties for the United States on the high seas and intense partisanship among contending factions within the Nation.

His administration focused on France, where the Directory, the ruling group, had refused to receive the American envoy and had suspended commercial relations.

Adams sent three commissioners to France, but in the spring of 1798 word arrived that the French Foreign Minister Talleyrand and the Directory had refused to negotiate with them unless they would first pay a substantial bribe. Adams reported the insult to Congress, and the Senate printed the correspondence, in which the Frenchmen were referred to only as “X, Y, and Z.”

The Nation broke out into what Jefferson called “the X. Y. Z. fever,” increased in intensity by Adams’s exhortations. The populace cheered itself hoarse wherever the President appeared. Never had the Federalists been so popular.

Congress appropriated money to complete three new frigates and to build additional ships, and authorized the raising of a provisional army. It also passed the Alien and Sedition Acts, intended to frighten foreign agents out of the country and to stifle the attacks of Republican editors.

President Adams did not call for a declaration of war, but hostilities began at sea. At first, American shipping was almost defenseless against French privateers, but by 1800 armed merchantmen and U.S. warships were clearing the sea-lanes.

Despite several brilliant naval victories, war fever subsided. Word came to Adams that France also had no stomach for war and would receive an envoy with respect. Long negotiations ended the quasi war.

Sending a peace mission to France brought the full fury of the Hamiltonians against Adams. In the campaign of 1800 the Republicans were united and effective, the Federalists badly divided. Nevertheless, Adams polled only a few less electoral votes than Jefferson, who became President.

On November 1, 1800, just before the election, Adams arrived in the new Capital City to take up his residence in the White House. On his second evening in its damp, unfinished rooms, he wrote his wife, “Before I end my letter, I pray Heaven to bestow the best of Blessings on this House and all that shall hereafter inhabit it. May none but honest and wise Men ever rule under this roof.”

Adams retired to his farm in Quincy. Here he penned his elaborate letters to Thomas Jefferson. Here on July 4, 1826, he whispered his last words: “Thomas Jefferson survives.” But Jefferson had died at Monticello a few hours earlier.

Who Was John Adams?
John Adams was the 2nd President of the U.S from 1797-1801. Professor and author C. Bradley Thompson joins Dave for President’s Week to discuss Adams’ life and presidency, from his early background, to his political philosophy, to his accomplishments, and more.
https://www.youtube.com/watch?v=C52ZqjibU1M