The National Hurricane Center downgraded Hurricane Matthew to a Category 3 storm with winds of up to 120 mph early Friday morning before it approached Florida. The Miami-based center projected the storm would lose some strength as it moved just off the coast of Georgia and into South Carolina early Saturday. Officials warned Jacksonville in northeast Florida could take the brunt of the storm in the United States late Friday.

More than 6,000 National Guardsmen had been activated in Florida, Georgia and South Carolina by Friday and thousands more had been notified they could soon be mobilized to support a range of operations from helicopter surveillance to law enforcement and security assistance, Witham said.

Guard troops had already completed more than 100 operations across those states through late Friday morning, he said.

"The Guard is very well postured to be able to support these operations with well-trained soldiers and airmen who have specific skill sets that will allow them to assist civil authorities," the general said, adding it could be the largest regional National Guard mobilization since Superstorm Sandy in the northeastern United States in 2012.

In Florida, the Guardsmen were just beginning disaster-response operations in areas where the hurricane had passed. They were expected to move from south to north as the hurricane progressed, Witham told reporters Friday at the Pentagon.

About 2,000 Guard troops were activated as of Friday in South Carolina and nearly 500 were activated in Georgia. Troops in those states aided in evacuation efforts and were bolstering law enforcement ahead of the storm's impact.

National Guardsmen from other states including North Carolina, Texas, Mississippi, Alabama and Tennessee were also prepared to deploy to aide in relief efforts, if necessary, Witham said.

The National Hurricane Center's projections Friday showed the eye of the storm remaining just off the coast, but powerful winds and rains were expected from Florida through South Carolina and, perhaps, into North Carolina. Hurricane Center officials warned it could pour up to 15 inches of rain in some areas and cause dangerous storm surges in excess of 9 feet. 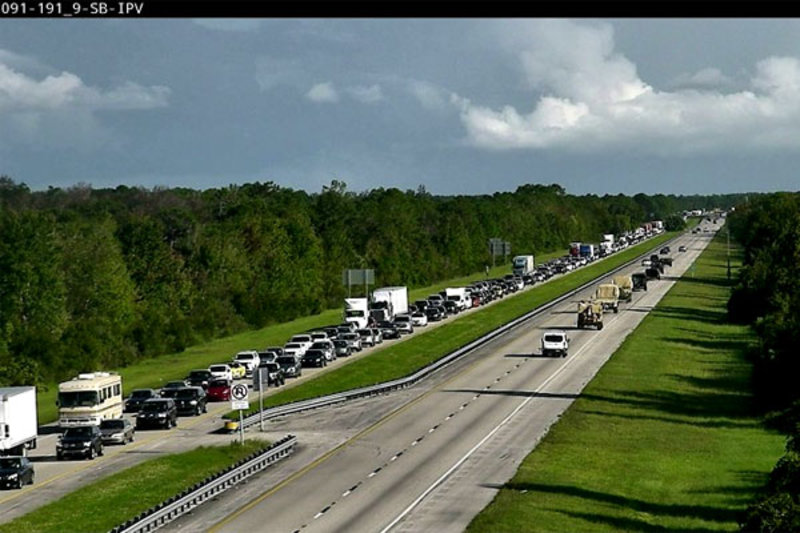 Capt Tom Brown
Posted >1 y ago
Wish they would have pictured contraflow traffic to show how impressive and many more vehicles can be moved when implemented. Someone came up with a good idea on that one.
(2)
Comment
(0)