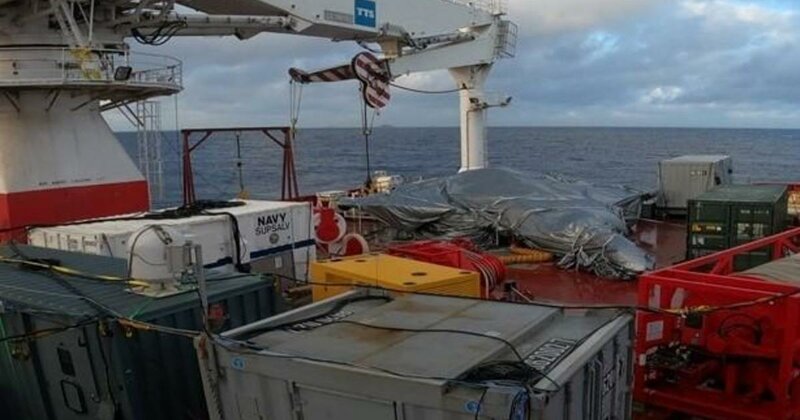 SFC (Join to see)
Posted 4 mo ago
PO1 William "Chip" Nagel thanks for the read/share of Brother William, great recovery!!

An earlier Navy statement had said that as the F-35 was attempting to land on the aircraft carrier Monday, “It impacted the flight deck and subsequently fell to the water during routine flight operations.”

Seven sailors, including the pilot who was able to eject safely, were injured in Monday’s crash according to the Navy.

The damage to the carrier’s deck was “superficial and all equipment for flight operations is operational,” which enabled the resumption of flight operations, said Lt. Mark Langford, a Seventh Fleet spokesman.

The crash of one of the most advanced fighter jets in the world into international waters had fueled speculation that the U.S. Navy might quickly launch a salvage operation to prevent other foreign powers, especially China, from trying to do the same.

“The race is on now to get the appropriate kind of recovery gear, the deep diving submersibles that actually pull the wreckage up off the bottom of the ocean,” said Steve Ganyard, a retired Marine aviator and ABC News contributor.

Ganyard believes China probably has a general idea of where the jet entered the waters of the South China Sea, making its advanced stealth technology an enticing target for China to launch its own salvage operation.

“The Chinese have it the U.S. Navy has it,” said Ganyard. “Both those countries are going to want to get a hold of this wreckage.”

It is unclear how deep the waters are where the F-35 fell into the Pacific, but the Navy has considerable experience in salvaging wreckage in deep waters. A salvage operation in 2019 in the Philippine Sea was able to recover a C-2A Greyhound aircraft that was three miles under the ocean.

While Monday’s crash marked the Navy’s first F-35C crash at sea, it will not be its first operation to salvage an F-35 aircraft.

Late last year, the U.S. Navy helped the British Royal Navy recover an F-35B fighter from the waters of the Mediterranean after it had crashed on takeoff from the aircraft carrier HMS Queen Elizabeth.

The participation of so many air capable and amphibious U.S. Navy ships operating together in the South China Sea highlights the U.S. Navy’s capabilities in a region where China continues to make maritime territorial claims."
(15)
Comment
(0)

SP5 Dennis Loberger
Posted 4 mo ago
Good news. Not an easy thing to do
(6)
Comment
(0)
Show More Comments
Read This Next
RallyPoint Home