SGT John " Mac " McConnell
20.7K
116
39
19
19
0
Two prisoner exchanges took place between the 94th Division and the Germans in the isolated pockets. Mr Andrew Hodges the American Red Cross representative assigned to the 302nd Infantry was the chief coordinator for the exchanges. On November 17, 1944 he arranged a ease fire between the Americans and the Germans in order to negotiate a prisoner exchange in the Lorient sector. After close inspection the Germans accepted 71 men for exchange. Most of the men were from the ill fated patrol from the 301st Infantry, with some prisoners from the 6th Armored and 83rd Infantry divisions. A second prisoner exchange was arranged on November 29th in the St Nazaire sector, fifty three service men were repatriated. On December 15th and 29th two more exchanges took place with a total of 140 allied soldiers liberated.
http://www.angelfire.com/va2/worldwar2family/freddie3.html
Posted in these groups: 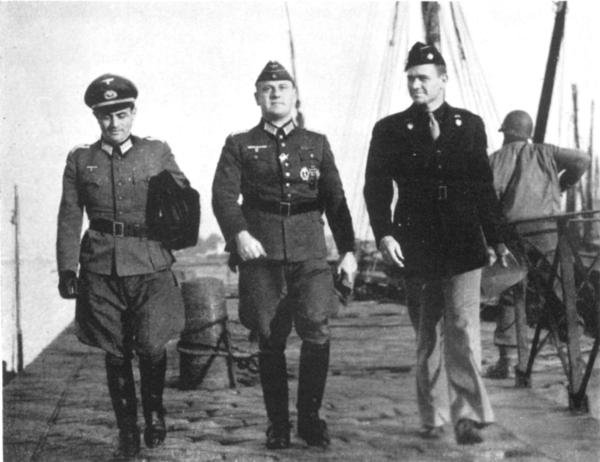 I'm proud and privileged to say that I knew Gerow Hodges, SGT John " Mac " McConnell, and I knew him well. Growing up in Birmingham, AL, my parents and the Hodges were great friends. I spent many nights at their home with their youngest son, Greg, and vice versa. His widow, Mary Louise, is still alive and living in Birmingham. We still speak from time to time.
A number of TV productions have highlighted his exploits in WWII, specifically: "For One English Officer" and "Thank You, Mr. Hodges."

“Andrew Gerow Hodges
(1918–2005)
War Hero • Businessman • Community Servant
Born in Geneva, AL, to a horse trader and a homemaker, Gerow Hodges grew to become one of the state's most celebrated citizens. From his parents, he learned the value of hard work, integrity, humility and courage. These were apparent in his years at Howard College, where he distinguished himself both as a business student and a player on the football field. A shoulder injury ended his football career, and although Hodges served in the National Guard, his injury prevented active military service during World War II. Ironically, it also made possible the wartime acts of courage for which he is still celebrated.

The new graduate joined Brown Service Insurance Company, which soon merged with Liberty National Life Insurance Company, as an accountant and married Mary Louise Shirley, but he still longed to actively support the U.S. war effort. He joined the American Red Cross with the assimilated rank of captain and was assigned to the U.S. Army's 94th Infantry Division as a Field Director (ultimately Senior Field Director) of the Red Cross in the European Theater of Operations. Hodges personally took responsibility for crossing 15 times alone and unannounced into Axis-held territory to take relief supplies to Allied prisoners of war. Recognizing that it would be easier and better for both sides to care for their own men, Hodges proposed an unprecedented prisoner exchange that resulted in the liberation of 169 Allied prisoners. For his courage and service, the U.S. Army awarded him two Bronze Stars, the highest military decoration available to a civilian. (He was 22 years old at the time.)

Hodges followed that stunning success with a distinguished career at Liberty National Life Insurance, eventually rising to the office of Executive Vice President. In that position of great responsibility and influence, so far from his modest rural origins, Hodges never lost his desire to serve his community. Elected to Howard College's (Samford University's) board of trustees in 1962, he became chairman of the board of trustees and supported the institution as a trustee for the rest of his life. His personal reputation and friendship attracted to his alma mater two other Liberty National executives—brothers Ralph and Dwight Beeson—whose subsequent gifts transformed the university. Andrew Gerow Hodges Chapel in Beeson Divinity School now stands as tribute to this Alabama hero's role at Samford.

Hodges is also celebrated for his support for the Boy Scouts of America at the local, regional and national levels; and his service to Kiwanis, Salvation Army, Operation New Birmingham, his church, and a host of civic and charitable organizations. His life was a testament to the power of the humanitarian spirit.”

(Taken from the Alabama Men's Hall of Fame)

I've chronicled his life in a remembrance profile on Together We Served-Army.

SFC (Join to see)
Posted 3 y ago
Great stuff! Just wish they had voice at the time. Would have love to hear what they were saying.
(8)
Comment
(0)
show previous comments

SGT John " Mac " McConnell
3 y
America has had it's fair share of atrocities..... Native Americans come to mind here Robert... But, then again we can look back on all of history and say the same for the world.... Sad !
(1)
Reply
(0)

LTC Stephen C.
3 y
I knew Gerow Hodges very well, SFC (Join to see). He NEVER spoke of his time in WWII, and I only learned of his exploits after his death. He simply was not the kind of man that spoke of such things. I've tagged you on my post concerning Gerow Hodges.
(2)
Reply
(0)

SFC (Join to see)
3 y
You see how one little sentence can have a thousand meanings. I simply said we were no more innocent with our prisoners. These men look more then happy to be released and going home. One looked wounded, so I can only assume he was injured or tortured. Hard to say. But these are the good releases, what about those who were never released, those who were tortured to death?
It's like BCT when you get that One Guy that keeps screwing up! In my day and I am sure yours as well, the whole unit paid for it with extra PT so on and so fourth. So as a nation, no matter what nation. It only takes one guy to administer un forgiving acts during war, and the whole of that country is punished for it through out history. Some more horrific then others, but still demoralizing. And I agree whole heartedly about never have letting military leaders into our country! However, a lot of them were not leaders at the time. Hitler's experiments on Jews were in fact inspired of our very own jenicide of the native Americans! The only difference, he made history with medical research when he did it to the Jews, then we did just leaving the corps of babies and mothers bodies left for the wild life to feast on them.
So yes, we are no better then those who learned from our mistakes. We just have own them first.
(2)
Reply
(0)

LTC Stephen F.
Posted 3 y ago
Thanks for sharing an interesting WWII history series of events SGT John " Mac " McConnell. The thought struck me as barbaric as the Germans were in WWII, prisoner exchanges were able to occur at times [as long the SS or even Waffen SS were not involved] such as this November 17, 1944 in the Lorient sector and on November 29th in the St Nazaire sector. Thanks LTC Stephen C. for sharing the news that you personal know Andrew Hodges who was the American Red Cross representative to the 302nd Infantry that was the chief coordinator for the exchanges.
While the Germans were barbaric at lest they nominally followed the Geneva and Hague conventions. In the wars against radical Islam we generally do not have prisoner exchanges unless the thugs can significantly benefit [i.e. Bergdahl]. We also have been guilty of unilaterally releasing GITMO scum of earth. Hopefully that process will be curtailed.
FYI SFC Joe S. Davis Jr., MSM, DSL SP5 Mark Kuzinski Capt Seid Waddell CW5 (Join to see) SFC William Farrell SSgt (Join to see) SGT (Join to see) SPC (Join to see) SrA Christopher Wright Maj William W. 'Bill' Price Capt Tom Brown SFC James J. Palmer IV aka "JP4" SSgt Robert Marx SGT Robert George PO2 Ed C. LTC Greg Henning CPT (Join to see)
(7)
Comment
(0)

LTC Stephen C.
3 y
LTC Stephen F., even though Mr. Hodges was with the American Red Cross (ARC), he wore U.S. Army officer uniforms with ARC insignia and identifiers, and was assigned the "assimilated" rank of captain. He was awarded two bronze stars which was the highest award that could be given to civilians at the time.
ARC uniforms worn at the time are shown on the TWS profile that I created for him.
(2)
Reply
(0)

LTC Stephen F.
3 y
LTC Stephen C. - I realized he wore a military uniform based on the picture you posted. It is interesting that deployed civilians could be awarded the bronze star in WWII.
(2)
Reply
(0) 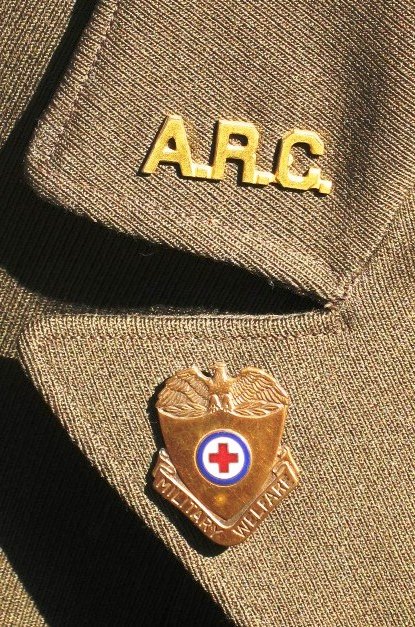 LTC Stephen F., here are some of the insignia that the ARC used on traditional Army uniforms. I've provided lapel brass and the SSI. The hat insignia shown here is on a service cap, even though Gerow Hodges is shown wearing a garrison cap. I assume that the insignia he wore is the same as depicted on the service cap.
(2)
Reply
(0)

LTC Stephen F.
3 y
LTC Stephen C. - thanks for sharing. I have many Osprey military history books - some of them focus on uniforms. To be honest I was always more interested in other nations and periods uniforms; but, I know have a few on US Army uniforms of WWII.
(2)
Reply
(0)
Show More Comments
Read This Next
RallyPoint Home