COL Lee Flemming
12K
15
5
5
5
0
Just visited the new AA museum in DC today and these guys were on full display! 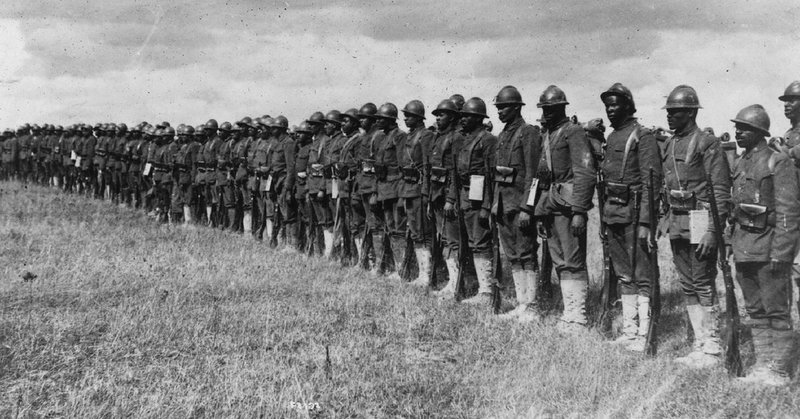 Posted from dlvr.it
Posted in these groups:

SFC (Join to see)
Posted 6 y ago
COL Lee Flemming thanks for the read and share, I did not know this very compelling and interesting.
LTC Stephen F.
(4)
Comment
(0)

LTC Stephen F.
Edited 6 y ago
Posted 6 y ago
Thanks for making us aware of the Harlem Hellfighters - 369th Infantry Regiment COL Lee Flemming Known for their stubbornness and refusal to cede an inch of ground, the 369th soon became one of the most feared and respected Allied units. They were given the nickname “Harlem Hellfighters” by the Germans, and since over 70 percent of the unit called Harlem “home”, the name stuck. Their French allies gave them another nickname: the Men of Bronze. The Harlem Hellfighters would spend 191 consecutive days out on the front lines, the more than any other American regiment during the war.
Kudos to the members of the 369th Infantry Regiment.
Thanks for mentioning me SFC (Join to see)
FYI COL Mikel J. Burroughs LTC Stephen C. Capt Seid Waddell CW5 (Join to see) CW5 Charlie Poulton SGM David W. Carr LOM, DMSM MP SGT SFC William Farrell SSgt Robert Marx SSG James J. Palmer IV aka "JP4" SSgt (Join to see) TSgt Joe C. SGT (Join to see) SGT John " Mac " McConnell SP5 Mark Kuzinski SGT Forrest Stewart SPC (Join to see) SrA Christopher Wright
(3)
Comment
(0)