U.S. forces will be in the Middle East long after ISIS, C | Military Times

The Pentagon's two top leaders said Wednesday that the U.S. military will keep forces deployed to the Middle East long after the defeat of the Islamic State group in Iraq and Syria.

“What is obvious and very clear is that we're going to be in that region for a while,” Defense Secretary Ash Carter said Wednesday at the Pentagon during a "troop talk" that was streamed live on social media.

Carter's comments came in response to a question from a soldier in Baghdad, Staff Sgt. Rory Radtke, who asked about the future of U.S. forces in Iraq and the Middle East.

“You bet. We’ll be in your region even after ISIL’s defeated,” Carter said. ISIS and ISIL are acronyms for the Islamic State group.

Also on Wednesday, Chairman of the Joint Chiefs of Staff Gen. Joseph Dunford said U.S. forces will be in the region, possibly Iraq, for a long time.

Dunford said the Pentagon should consider how to develop a more permanent command-and-control structure for operations in the region.

“If you assume, like I do, that we’re going to be in that region, if not in Iraq, for many, many years to come, then we do need to open the aperture in terms of how we source these headquarters and the talent from which we draw to command,” Dunford told an audience at an Air Force Association conference.
Carter stopped short of saying troops will remain in Iraq, where the U.S. has nearly 5,000 personnel deployed.

Carter and other top military officials are increasingly confident that defeating the Islamic State group in Iraq and Syria is inevitable, clearing the way for new questions about who will govern those areas afterward and what the U.S. military role might be.

“Damn right, ISIL is going to be defeated,” Carter said.

“So what comes after that?”

He told the soldier in Baghdad that the limited nature of the strategy in Iraq is vital to the long-term stability.

“It’s important that the people who live there regain their countries and govern them a in a way that doesn’t let radicals get back in," Carter said.

He said the U.S. has many concerns in the Middle East beyond ISIL

“ISIL is a big problem, but one we're going to take care of through defeat. But we have Iran over there, we have other issues in the Middle East. 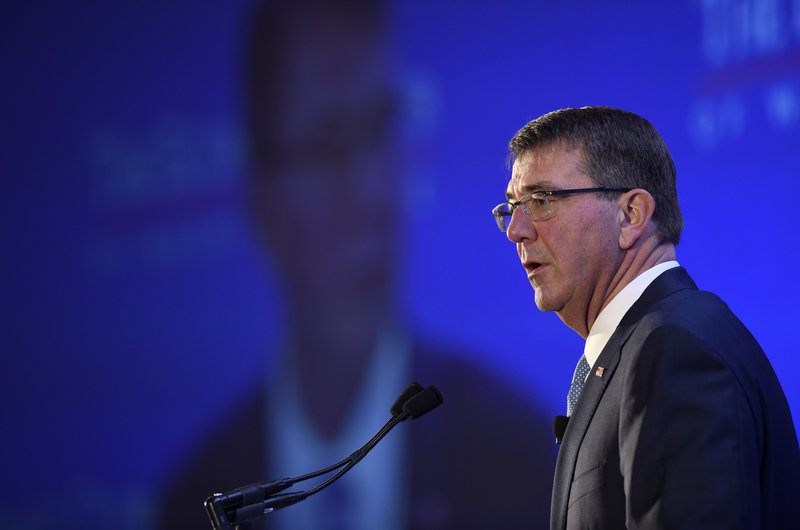 U.S. forces will be in the Middle East long after ISIS, C | Military Times 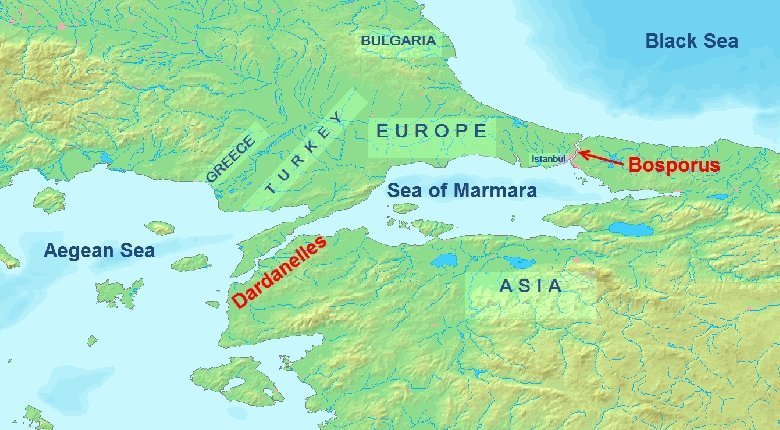 US Forces have been in the Middle east for many decades already - Sinai Peace Keeping for ground assets with air assets and naval assets in the region since the 1950s or so.
Forward positioning of forces [not including USMC embassy guards who will be there] and prepositioned materiel has been part of our global military strategy for a long time. We drew down our assets in western Europe and built up our capabilities in Bulgaria and Romania because the primary threats are East and North of that area.
Hopefully our next POTUS will rebuild relationships with the nations that were our allies before the Arab Spring SFC (Join to see). We have a strong relationship with Israel.
The threat of Russia allying itself with those we offended is very real. The Russians will do what it takes to keep a strategic naval access to the Mediterranean open. The Russians have access to the North Atlantic, the Arctic and the Pacific but unless Turkey allows them to pass through the Bosporus and Dardanelles they will be bottled up in the Black Sea.
COL Mikel J. Burroughs LTC Stephen C. Capt Seid Waddell CW5 (Join to see) CW5 Charlie Poulton SGM David W. Carr LOM, DMSM MP SGT SFC William Farrell SSgt Robert Marx SFC James J. Palmer IV aka "JP4" SSgt (Join to see) TSgt Joe C. SGT (Join to see) SGT John " Mac " McConnell SP5 Mark Kuzinski SGT Forrest Stewart SGT Robert Hawks SPC (Join to see) SrA Christopher Wright
(2)
Comment
(0)

Maj Marty Hogan
Posted 5 y ago
I have said this for years- when Desert Storm kicked off my mother asked me how long I felt it would last...my response was longer than my children's grandchildren will last and then some. She thought I was being pessimistic. We will never leave as there is no strategy to end what the issue is without being a barbaric society- different culture and belief system. Good post SFC (Join to see)
(2)
Comment
(0)

Capt Seid Waddell
Posted 5 y ago
It is a shame that we didn't stay after the war was won - we would still have troops there but they would not be in combat and the place would be peaceful today.