The Superintendent, Officers, Professors, Instructors, & Cadets of the U. States' Mil. Academy, impressed, with a high sense of the great services, you have rendered the Nation, & that this Institution, with which they are connected, originated under your patronage, & presidency, are anxious for some special, & appropriate memorial of your person, which may descend to posterity.1
The library at the U.S. Military Academy, Mansfield informed Jefferson, had portraits of George Washington and of Jonathan Williams, the academy's first superintendent. Would Jefferson, Mansfield asked, "gratify" them by sitting for Thomas Sully, one of the "best Portrait Painters of our Country," at Monticello?2

By 1802, when Jefferson established the United States Military Academy, he had fully embraced the importance of the "useful sciences," both in education and in the protection of the young nation. Two years earlier, Jefferson had written to Pierre S. Du Pont de Nemours, asking "what are the branches of science which in the present state of man, and particularly with us, should be introduced into an academy"?3 Du Pont proposed an all inclusive plan of national education with primary schools, colleges, and four specialty schools – medicine, mines, social science and legislation – and "higher geometry and the sciences that it explains." With engineering "urging forward the other sciences," this school would be of the greatest benefit to the nation, Du Pont explained. As he told Jefferson: "No nation is in such need of canals as the United States, and most of their ports have no means of exterior defense."4

Just two months after Jefferson's inauguration in 1801, Secretary of War Henry Dearborn announced that the president had "decided on the immediate establishment of a military school at West Point" and also on the appointment of Major Jonathan Williams "to direct the necessary arrangements for the commencement of the school."5

On March 16, 1802, Jefferson affixed his name to the Military Peace Establishment Act, directing that a corps of engineers be established and "stationed at West Point in the state of New York, and shall constitute a Military Academy."6 The academy's sole function would be to train engineers, and Williams, grandnephew of Benjamin Franklin, was named superintendent. On July 4, 1802, the U.S. Military Academy formally opened for instruction. "Our leading star," Superintendent Williams said, "is not a little mathematical school, but a great national establishment . . . We must always bear it in mind that our officers are to be men of science, and such as will by their acquirements be entitled to the notice of learned societies."7

In the War of 1812, the enemy British did not capture any works constructed by a graduate of West Point, and perhaps, as historian Henry Adams suggested, "had an engineer been employed at Washington . . . , the city would have been easily saved."8

Jefferson's military academy, Adams wrote, had "doubled the capacity of the little American army for resistance, and introduced a new and scientific character into American life."9 Jefferson himself said that he "ever considered that establishment as of major importance to our country, and in whatever I could do for it, I viewed myself as performing a duty."10 Today, the Thomas Sully portrait of Thomas Jefferson commissioned by the "Superintendent, Officers, Professors, Instructors, & Cadets" of the United States Military Academy hangs at West Point.

Posted from monticello.org
Posted in these groups: 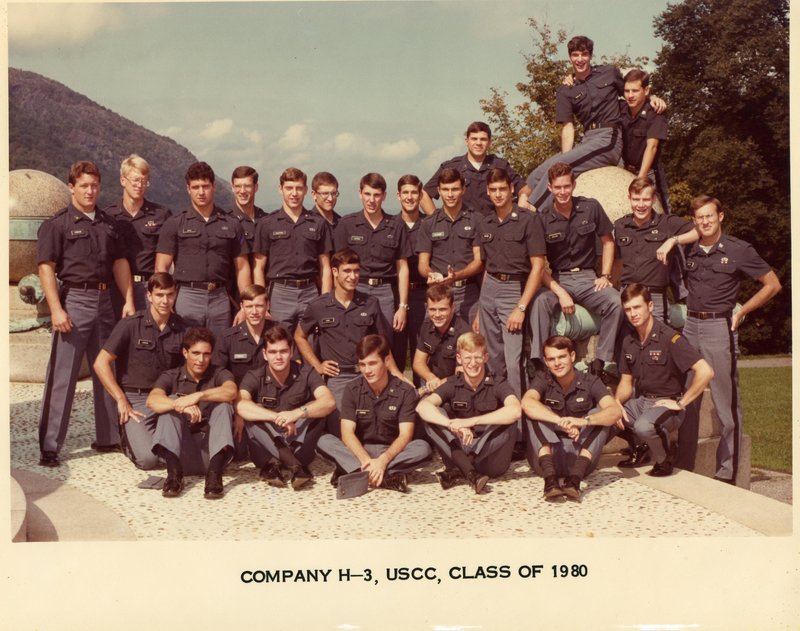 The Military Academy at West Point has a long history, dating back to the beginning of our nation. Thanks for watching. Twitter: https://twitter.com/435ameri...

Thank you my friend SGT (Join to see) for honoring my alma mater, United States Military Academy at West Point.
I graduated with the USMA class of 1980 which was the first class to include women as cadets and the first class with black first captain Vince Brooks who recently retired as a full general.
I am graduate number 37,403


Background from {[https://home.army.mil/westpoint/index.php/about/history]}
"U.S. Army Garrison West Point's role in our nation's history dates back to the Revolutionary War when General George Washington considered West Point to be the most important strategic position in America.
West Point had many advantages for being selected as a site to build fortifications on the Hudson River. Vessels passing by West Point had to make a sharp, ninety-degree turn to the west, sail a quarter of a mile, then make another right-angle turn to the north as they continued upriver. These bends were sharper than any point along the Hudson, creating hazards for ships passing through. In addition to the turns in the river, the river was also very narrow, the tidal effects were the greatest, and the current was the swiftest at this location. The treacherous winds also created difficulties for ships trying to navigate through this section of the Hudson.
Construction of forts and batteries in the area of West Point began in the summer of 1775. However, the original location was not the site of the future military academy, but across the Hudson River on Constitution Island (then called Martelaer’s Rock). Problems immediately became apparent in the use of Constitution Island by the Continental Army. The area was vulnerable to attack by land and was dominated by higher ground on all sides, especially from West Point across the river.
Other fortifications were built along the Hudson River including twin forts to the south of West Point at the confluence of Popolopen Creek and the Hudson River. Fort Montgomery was constructed on the north shoreView-of-West-Point-by-Seth-Eastman,-c.gif of Popolopen Creek, and Fort Clinton was located on the south shore. Many of these fortifications were destroyed by the British in October 1777.
Until January 1778, West Point was not occupied by the military. On January 27, 1778, Brigadier General Samuel Holden Parsons and his brigade crossed the ice on the Hudson River and climbed to the plain on West Point and from that day to the present, West Point has been occupied by the United States Army. To reinforce the defenses at West Point, Washington personally selected Thaddeus Kosciuszko, a Polish Army General and Engineer, to design the fortifications for West Point in 1778. Washington himself transferred his headquarters to West Point in 1779.
Continental soldiers built forts, batteries and redoubts and fashioned an iron chain across the Hudson to prevent the British from separating the colonies. The chain, known as the Great Chain, was placed in the river on April 30, 1778, measured approximately 1,600 feet, and weighed between 180 and 186 tons.
At the end of the Revolutionary War in 1783, the materials used to construct West Point were sold in an attempt to recoup some funds. Although West Point continued to be occupied, its importance as a strategic point along the Hudson River would not be a focus until 1794 when tensions between France and England began to rise in Europe.
Fortress West Point was never captured by the British, and remains the oldest continuously occupied military post in America.
Several soldiers and legislators, including Washington, Knox, Hamilton and John Adams, desiring to eliminate America's wartime reliance on foreign engineers and artillerists, urged the creation of an institution devoted to the arts and sciences of warfare. President Thomas Jefferson signed legislation establishing the United States Military Academy at West Point in 1802. He took this action after ensuring that those attending the Academy would be representative of a democratic society.
The U.S. Military Academy at West Point first cadets were assigned to the Corps of Artillerists and Engineers (which later became the Corps of Engineers) at West Point in 1802. The cadets were instructed in practical experience in the use of artillery. Joseph Gardner Swift was the first graduate of the U.S. Military Academy at West Point and would later serve as the third Superintendent from 1812 to 1814.
West Point remained under the control of the Corps of Engineers until June 1866 when it was returned to the supervision of the Secretary of War.
Sylvanus Thayer, the "Father of the Military Academy," served as the fifth Superintendent from 1817 to 1833. He upgraded academic standards, instilled military discipline and emphasized honorable conduct. Aware of our young nation's need for engineers, Thayer made engineering the foundation of the curriculum. For the first half of the nineteenth century, USMA graduates were largely responsible for the construction of the bulk of the nation's infrastructure. In the late part of the nineteenth century, USMA graduates filled political, economic and cultural posts throughout America.
Today the U.S. Military Academy at West Point is over 4000 strong and continues to supply the U.S. Army with leaders of character. In concert with the increasing role of minorities and women in society, greater numbers of minorities and women have entered and graduated from the Military Academy. Their presence has enhanced the quality and maintained the traditional representativeness of the institution.
Academy graduates are awarded a Bachelor of Science degree and a commission as a second lieutenant in the U.S. Army, serving a minimum of five years on active duty. The Academy, with its long and noble history, remains an energetic, vibrant institution that attracts some of the best and brightest young men and women. It offers a challenging and comprehensive array of opportunities while retaining its enduring commitment to Duty, Honor, Country.
As a major tourist destination since the mid-nineteenth century, West Point continues to attract over 2 million visitors from around the world annually." 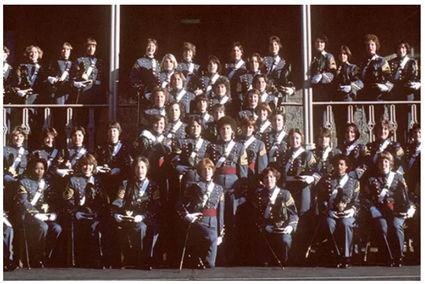 Mary Costello is one of the first women cadets admitted to West Point after the historic military academy went coed in 1976. One of 400 women in a class of 4...

West Point's First Female Cadets | Real People | George Schlatter
Mary Costello is one of the first women cadets admitted to West Point after the historic military academy went coed in 1976. One of 400 women in a class of 4,400 cadets, Mary is focused on a rigorous education and a military career.
https://www.youtube.com/watch?v=GqjH1l_WveE

MSG Felipe De Leon Brown
2 y
I had the honor and privilege to serve with two exemplary and outstanding USMA graduates during my military career.
The first was with CIB & SS awardee, Ranger and parachutist (then) CPT John F. Morgan in February 1967. I was a basic trainee. CPT Morgan had served in Viet Nam as an enlisted soldier. He was with us every day observing, encouraging and leading by example. He marched with us to all training to include the rifle range. In our graduation pass in review, I had the privilege to carry our guidon. It filled me with more honor that I would ever be able to express.
The second was with (then) MAJ Richard Ballard in June 1987. I had just been assigned to a SGM (E9) slot even though I was a MSG (E8). MAJ Ballard was the Chief, Plans & Ops Division, Office of the DCSPER for 1st SOCOM (A). There is so much that I could mention about the time that I served with him but suffice it to say that he manifested all the highest virtues of any USMA graduate.
Both CPT Morgan and MAJ Ballard exemplified the USMA motto, "Duty, Honor, Country".
(2)
Reply
(0)

LTC Stephen F.
2 y
Thank you my friend MSG Felipe De Leon Brown By the wat Joe Vote and Tony Thomas who both commanded SOCOM are classmates of mine and brothers in Christ.
(0)
Reply
(0) 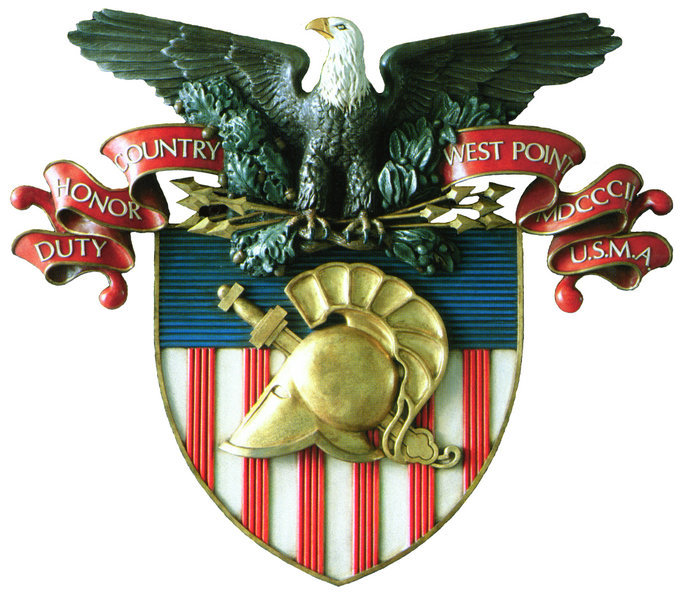 West Point is one of the greatest educational and training institutions in the world, SGT (Join to see)! Duty! Honor! Country!
(10)
Comment
(0)