SPC (Join to see)
4.65K
13
3
7
7
0
MY COMMENT: "Rep Peter DeFazio (D Oregon) is an ultra-progressive member of Congress. A millionaire that served in the Air Force Reserve from 1967-71 then as an aid From 1977 to 1982, for U.S. Representative Jim Weaver. He was elected as a Lane County Commissioner in 1983 and served as chairman from 1985 to 1986. He has been in politics without the advantage of working in the marketplace. There isn't any record of him visiting the southern border or participating in meetings with the subject matter experts that work on the border. Given his voting record, it's determined that he is an open border advocate. Perhaps this is the reason he believes that the Coast Guard is the fix for those crossing the border. While are Coasties do a great job and at times worked without pay they are not the complete answer to stopping the migration of people across our southern border. Our Coasties are great but their ships don't sail well across the desert. Their greater expertise is on the water interdicting the bad guys. He has served most of his life in politics with over 3 decades in National politics. In my opinion, this gives additional credence to term limits to both the legislative and judicial branch of our national government."

ARTICLE: The U.S. should be investing in more personnel, aircraft, and ships to help the Coast Guard stop drugs trafficked on the high seas instead of spending billions on a wall along the southwest border, a top lawmaker said Tuesday.

The Coast Guard stops more drugs headed to the U.S. than . . . 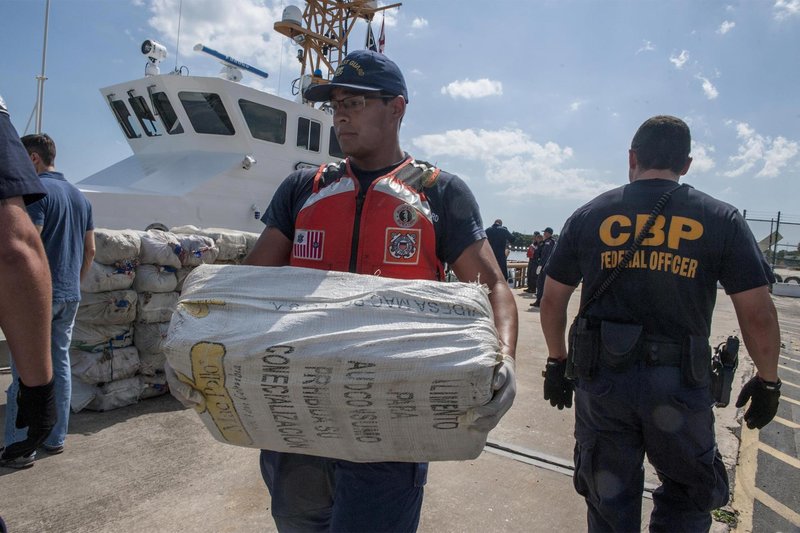 SMSgt (Join to see)
Posted 1 y ago
Before this guy expresses his opinion, he ought to do some research first.

His opinion would have more value if he actually visited the border and talked to the DEA and local law enforcement involved in Narco investigations first.
(4)
Comment
(0)

PO3 (Join to see)
Posted 1 y ago
The Congressman must be referring to the Coast Guard’s infantry divisions.
(2)
Comment
(0)