CW5 Jack Cardwell
2.98K
43
13
13
13
0
He has some good points about State Active Duty (SAD) but he forgets it's purpose. It is a way for States to have have manpower available at short notice, under State control, funded by the State. The rules and regulations are State mandated. Does the pay suck,yes but not all things are about pay. Most states have additional benefits for their National Guard. Many offer free college at State colleges or additional tuition assistance. My state gives a state retirement, it's not a lot but it pays for my gas.

The key is remembering the purpose of the National Guard and the many roles it plays. 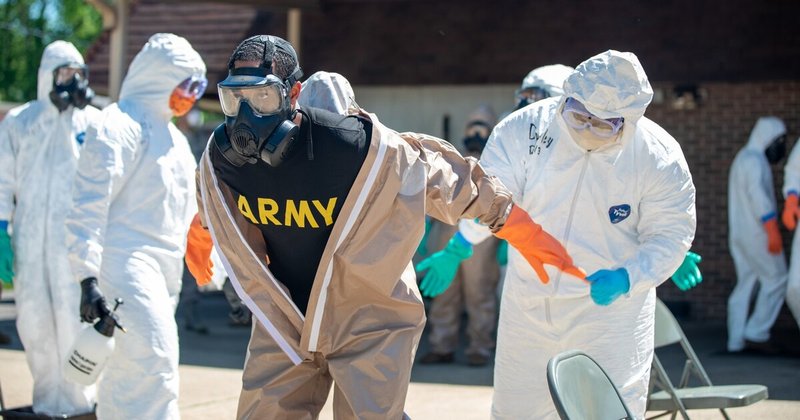 CW2 Micah Ragins
Edited 1 y ago
Posted 1 y ago
I believe that the author of this Op-Ed is half-right on this issue, but he chose an inaccurate title and introduction for his message which is distracting from the main point. From what I understand, the actual contents of the article isn't saying that the National Guard should be fully federalized or even that we should completely get rid of SAD. The conclusion at the bottom of the article states the following:

"In the future, SAD Orders should be reserved for short term Guard deployments where troops are not in danger, such as snow emergencies which typically last under a week. But for riots, hurricanes, and pandemics, it is unacceptable to pay a soldier near-minimum wage and deny them the benefits which are the military’s key tool for retention."

Basically, the author is saying that for small-scale deployments, the National Guard should be deployed under State Active Duty. But for deployments of higher magnitude and with higher risk to life or limb, then there should be measures in place that would allow National Guard soldiers to receive compensations under Title 32 federal benefits by default.

The author's poor choice of words and topic title initially makes it sound like he is completely de-legitimatizing the entire concept of SAD, but my interpretation is that what he's really saying is that SAD should not be used as the "go-to" in situations or conditions when federal deployments are clearly more appropriate; which is determined by the severity of the scenario (i.e hurricane, pandemic, wildfire, etc). I agree that the current process for federalizing NG units for large-scale and dangerous emergencies is far too slow and I also agree that shortchanging NG troops on their benefits is a bad practice and counterproductive for retention, especially during national emergencies.

I do not believe that SAD requires a complete overhaul using the approach or context that the author has implied, but I do believe that there should be more specific criteria and reliable processes established to expedite the activation of the National Guard for emergency deployments under Title 32 vs State Active Duty.

I would also emphasize that NG units are still under the control of the State even when they are activated under Title 32; the primary purpose of "federalizing" units during life-threatening or catastrophic emergencies is to acquire funding, logistics, and benefits that they would not otherwise be eligible for; this is about making sure that our troops get the support that they need for the mission and earn the benefits that they deserve for their sacrifices.
(6)
Comment
(0)

SSG (Join to see)
Posted 1 y ago
So the pay and benefits should be given out to the guardsmen, I won't deny that. However I don't fully agree with his article. I've only served a short stint in the guard, about 6 months in high school prior to going active soon as I completed OSUT, but if he wanted to fully federalize guard activations wouldn't that in essense make them USAR?

Again, as a now reservist and seeing how the pay is in the reserve component I see his point on pay, and even more the benefits, which as his accurately stated, is a key retention tool. However, the difference in the NG and Reserves is that individual states may need to individually activate troops on short notice or collectively in a region or nationwide emergency. As such I think SAD orders while maybe in need of some restructuring, is still valid in its purpose.
(6)
Comment
(0)

Capt Gregory Prickett
Posted 1 y ago
Steve has the right basic idea when he wrote the article, but he used the wrong verbiage. State active duty is under the complete control of the State, and under whatever pay system that the State has set up. Title 32 orders, what Steve mistakenly calls "federalized", is when the duty is under State control, but a majority of the funding is by the federal government. Normally this is a 75-25% split, with the State covering the lesser amount. This is also the preferable way to call personnel up for more than 30-day periods, and it has the advantage that the members are not subject to the Posse Comitatus Act and can assist law enforcement. To be federalized, the personnel would be on Title 10 orders and under the direction of the President. This is rarely used. Eisenhower used it to enforce integration at Little Rock, Arkansas where one day the National Guard was under the control of the Governor and preventing blacks from entering Central High School, and the next day they were under the control of President Eisenhower and guarding the students (along with the 101st Abn).

From the context, Steve doesn't actually mean federalized, as in Title 10, but under federal pay while under the control of the State.
(4)
Comment
(0)
Show More Comments
Read This Next
RallyPoint Home