PO1 William "Chip" Nagel
428
12
4
7
7
0
River traffic has reopened on the Mississippi River near Memphis, Tennessee, three days after it was closed when a crack was discovered in the Interstate 40 bridge that connects Tennessee and Arkansas, the U.S. Coast Guard said Friday.

Arkansas authorities, meanwhile, said a video taken by an inspector two years ago found damage in the same area of the bridge where the fracture was discovered this week.

More than 45 tug boats hauling about 700 barges had been idled along the river south and north of the bridge, waiting for clearance. Now they can cross under the Hernando De Soto Bridge, Petty Officer Carlos Galarza told The Associated Press.

Economic development officials had been concerned that an extended closure of river traffic could hurt the region's economy and have ripple effects on the nation's supply chain.

The bridge itself will remain closed to vehicles indefinitely, with road traffic rerouted to Interstate 55 and the 71-year-old Memphis & Arkansas Bridge, about 3 miles (5 kilometers) south. 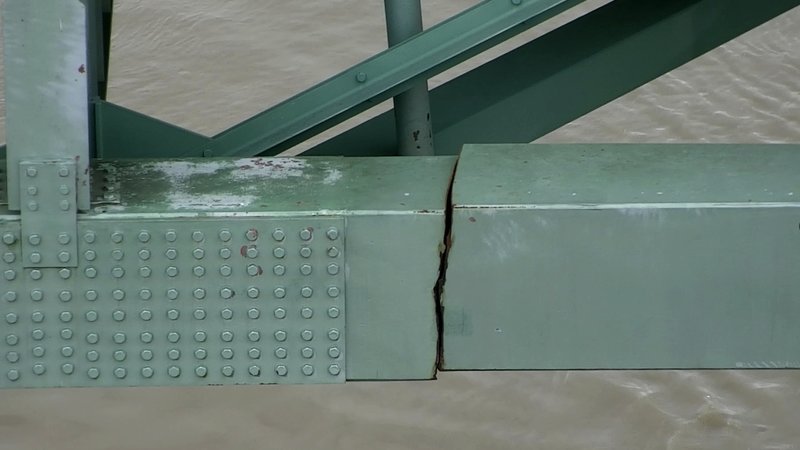 SGT (Join to see)
Posted 1 mo ago
PO1 William "Chip" Nagel "The bridge itself will remain closed to vehicles indefinitely, with road traffic rerouted to Interstate 55 and the 71-year-old Memphis & Arkansas Bridge, about 3 miles (5 kilometers) south.

River traffic under the six-lane bridge was shut down Tuesday after inspectors found a "significant fracture" in one of two 900-foot (274-meter) horizontal steel beams that are crucial for the bridge's integrity, said Lorie Tudor, director of the Arkansas Department of Transportation.

Engineers wanted to ensure the bridge could stand on its own before reopening river traffic."
(3)
Comment
(0)

SGT (Join to see)
1 mo
PO1 William "Chip" Nagel I guess a quick weld patch on all sides with some re-inforcement metal isn't an option.
(1)
Reply
(0)