Defence minister Sergei Shoigu said the teams would start to leave on Thursday, according to Interfax news agency.

Russia sent equipment and 100 soldiers in March as the outbreak threatened to overwhelm northern Italy.

The deployment provoked controversy in Italy, as many saw it as a big propaganda move by Russia and questioned its practical use.

However, Prime Minister Giuseppe Conte approved the operation - dubbed "From Russia With Love" by Moscow - after speaking with President Vladimir Putin.

Italy had been struggling to procure medical equipment and aid from neighbouring nations as deaths and new cases soared in March. 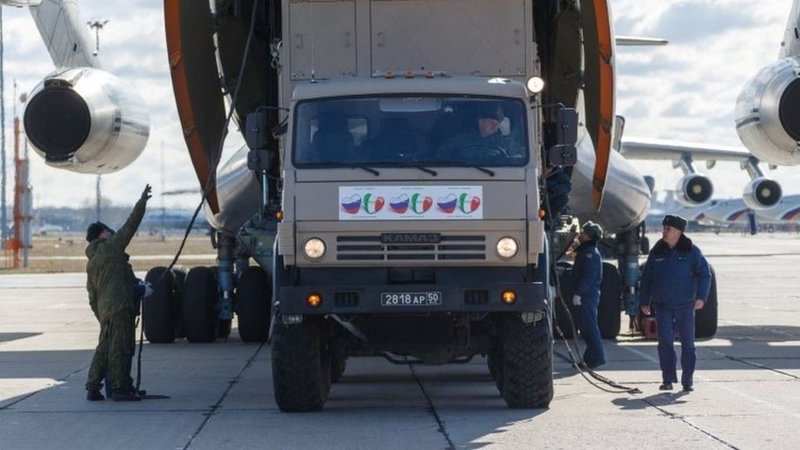 SGT David A. 'Cowboy' Groth
Posted 5 mo ago
Thank you for the news share from the BBC
(2)
Comment
(0)

CW5 Jack Cardwell
Posted 5 mo ago
Thanks for sharing.
(2)
Comment
(0)
Read This Next
RallyPoint Home