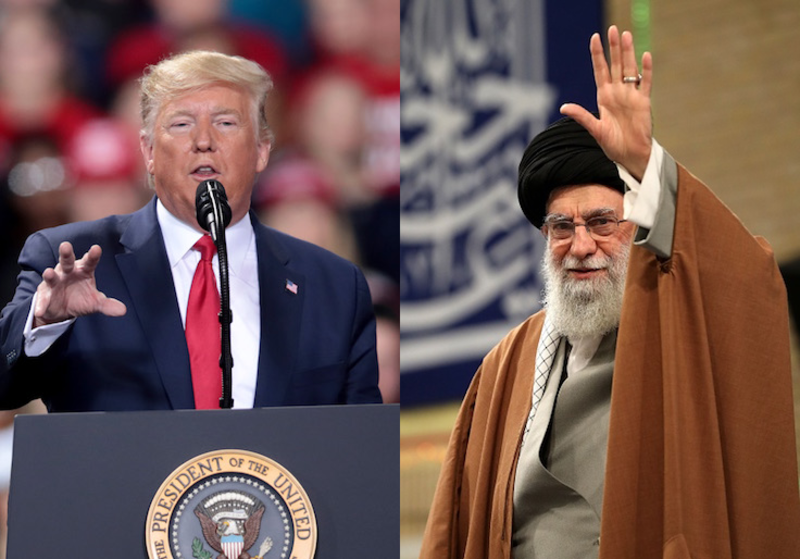 Posted from nationandstate.com
Posted in these groups:

Iran's Supreme Leader Ayatollah Ali Khamenei has warned that "harsh retaliation is waiting'' for the US after an airstrike on Iraq's Baghdad airport killed I...

I concur with unnamed author
2. The successful operation against Qassem Soleimani, head of the Islamic Revolutionary Guard, is a stunning blow to international terrorism and a reassertion of American might. It will also test President Trump’s Iran strategy. It is now Trump, not Ayatollah Khamenei, who has ascended a rung on the ladder of escalation by killing the military architect of Iran’s Shiite empire. For years, Iran has set the rules. It was Iran that picked the time and place of confrontation. No more.
Reciprocity has been the key to understanding Donald Trump. Whether you are a media figure or a mullah, a prime minister or a pope, he will be good to you if you are good to him. Say something mean, though, or work against his interests, and he will respond in force. It won’t be pretty. It won’t be polite. There will be fallout. But you may think twice before crossing him again.
That has been the case with Iran. President Trump has conditioned his policies on Iranian behavior. When Iran spread its malign influence, Trump acted to check it. When Iran struck, Trump hit back: never disproportionately, never definitively. He left open the possibility of negotiations. He doesn’t want to have the Greater Middle East—whether Libya, Syria, Iraq, Iran, Yemen, or Afghanistan—dominate his presidency the way it dominated those of Barack Obama and George W. Bush. America no longer needs Middle Eastern oil. Best keep the region on the back burner. Watch it so it doesn’t boil over."

US kills Iran's General Qassem Soleimani at Baghdad airport | DW News
Iran's Supreme Leader Ayatollah Ali Khamenei has warned that "harsh retaliation is waiting'' for the US after an airstrike on Iraq's Baghdad airport killed Iranian General Qassem Soleimani, the head of the elite Quds Force of Iran's Revolutionary Guard. Khamenei has also declared three days of national mourning for the general's death. He was considered the architect of Tehran's military operations in the Middle East. Democratic members of the US Congress have accused President Donald Trump of bypassing Congress in ordering the attack. "
https://www.youtube.com/watch?v=bx0upq28SI4

SFC (Join to see)
1 mo
These people speaking in this video are voicing talking points for the Democrats when they basically say its war with Iran, and the US is not ready for it, instead of just saying: Hey! We don’t want war but we’re coming after Iran “every time” after they target one of our own, or one of our allies”.
(5)
Reply
(0)

CPT (Join to see)
1 mo
There's nothing wrong with a little overreaction from time to time. It keeps the bad guys on their toes and guessing.
Yep that's one less "sheep worrying" terrorist in the world, and one more roasting his nuts in Hell.
Mr. President, may I suggest that it's "Miller Time"? Good job, take the rest of the day off ...
(2)
Reply
(0)

CPT Jack Durish
Posted 1 mo ago
First Congress, now Iran. The world is learning that President Trump is a street fighter, a counter puncher. I understand it's a shock to everyone. The GOP hasn't been known for such a personality in modern times, and the previous Administration was an appeaser, a bower, and an apologizer. Definitely something new to get used to and deal with.
(10)
Comment
(0)

MSgt Robert "Rock" Aldi
1 mo
I'm not a fan of Trump's ego or his mouth. But that said, he does produce results and that is more than I can say is coming out of your "Dist of calamity" these days Cap'n Jack. And forgive me Lord .. I keep forgetting Trump kept Hillary from becoming President. Thanks for your insight.
(2)
Reply
(0)

PO3 Bob McCord
1 mo
MSgt Robert "Rock" Aldi - I think President Trump reminds me of Muhamed Ali in his hay day. He has a big mouth and swagger some. But He's also walking the talk. I think he just told them to sit down and shut up or there's more where that came from. It could have been way worse for them.
(2)
Reply
(0)

PO3 Bob McCord
1 mo
So now he's making the Dems defend Iran and it's terrorists. They're going to have to since they are against everything he does.
(2)
Reply
(0)
Show More Comments
Read This Next
RallyPoint Home