"Pearl Harbor: The US Navy's Home in the Pacific

One of the most famous naval bases in the world, Pearl Harbor on the island of Oahu, Hawaii has been the home port of the US Pacific Fleet since World War II. The harbor was acquired by the United States through the Reciprocity Treaty of 1875. After the turn of the 20th century, the US Navy began a constructing a variety of facilities around the harbor's locks including a dry dock that opened in 1919. On December 7, 1941, Japan attacked the US Pacific Fleet while it was at Pearl Harbor. The strike saw over 2,300 killed and four battleship sunk. In the years after the attack, the base became the hub of the American war effort in the Pacific and remains a vital installation to this day.

Early 1800s
Known to native Hawaiians as Wai Momi, meaning "water of pearl," Pearl Harbor was believed to be the home of the shark goddess Ka'ahupahau and her brother, Kahi'uka. Beginning in the first half of the 19th century, Pearl Harbor was identified as the possible location for a naval base by the United States, Great Britain, and France. Its desirability was reduced however by the shallow water and reefs that blocked its narrow entrance. This restriction led to it largely being overlooked in favor of other locations in the islands.

US Annexation
In 1873, the Honolulu Chamber of Commerce petitioned King Lunalilo to negotiate a reciprocal treaty with the United States to further the bond between the two nations. As an inducement, the King offered the cessation of Pearl Harbor to the United States. This element of the proposed treaty was dropped when it became clear the Lunalilo's legislature would not approve the treaty with it included.

The Reciprocity Treaty was ultimately concluded in 1875, by Lunalilo's successor, King Kalakaua. Pleased by the treaty's economic benefits, the King soon sought to extend the treaty beyond its term of seven years. The effort to renew the treaty met with resistance in the United States. After several years of negotiation, the two nations agreed to renew the treaty through the Hawaii-United States Convention of 1884.

Ratified by both nations in 1887, the convention granted "to the Government of the US the exclusive right to enter the harbor of Pearl River, in the Island of Oahu, and to establish and maintain there a coaling and repair station for the use of vessels of the US and to that end the US may improve the entrance to said harbor and do all things useful to the purpose aforesaid."

The Early Years
The acquisition of Pearl Harbor met with criticism from Britain and France, who had signed a compact in 1843, agreeing not compete over the islands. These protests were ignored and the US Navy took possession of the harbor on November 9, 1887. Over the next twelve years, no efforts were made to enhance Pearl Harbor for naval use as the harbor's shallow channel still prevented the entrance of larger ships.

Following Hawaii's annexation to the United States in 1898, efforts were made to enhance the Navy's facilities to support operations in the Philippines during the Spanish-American War. These improvements were focused on the Navy's facilities in Honolulu Harbor, and it was not until 1901, that attention was turned to Pearl Harbor. In that year, appropriations were made to acquire land around the port and improve the entrance channel into the harbor's lochs.

After efforts to purchase the adjacent land failed, the Navy obtained the present site of the Navy Yard, Kauhua Island, and a strip on the southeast coast of Ford Island through eminent domain. Work also began dredging the entrance channel. This progressed quickly and in 1903, USS Petral became the first vessel to enter the harbor.

Growing the Base
Though improvements had begun at Pearl Harbor, the bulk of the Navy's facilities remained in Honolulu through the first decade of the 20th century. As other governmental agencies began encroaching on the Navy's property in Honolulu, the decision was made to begin shifting activities to Pearl Harbor. In 1908, Naval Station, Pearl Harbor was created and construction began on the first dry dock the following year. Over the next ten years, the base grew steadily with new facilities being constructed and the channels and lochs deepened to accommodate the Navy's largest ships.

The only major setback involved the construction of the dry dock. Begun in 1909, the dry dock project angered locals who believed the shark god lived in caves on the site. When the dry dock collapsed during construction due to seismic disturbances, Hawaiians claimed that the god was angry. The project was finally completed in 1919, at cost of $5 million. In August 1913, the Navy abandoned its facilities in Honolulu and began to solely focus on developing Pearl Harbor. Allocated $20 million to turn the station into a first-rate base, the Navy completed the new physical plant in 1919.

Expansion
While work was moving along on shore, Ford Island in the middle of the harbor was purchased in 1917, for joint Army-Navy use in developing military aviation. The first aircrews arrived at new Luke Field in 1919, and the following year the Naval Air Station was established. While the 1920s were largely a time of austerity at Pearl Harbor as post-World War I appropriations decreased, the base continued to grow. By 1934, the Minecraft Base, Fleet Air Base, and Submarine Base had been added to the existing Navy Yard and Naval District.

In 1936, work began to further improve the entrance channel and to construct repair facilities to make Pearl Harbor a major overhaul base on par with Mare Island and Puget Sound. With the increasingly aggressive nature of Japan in the late 1930s and the outbreak of World War II in Europe, further efforts were made to expand and improve the base. With tensions heightening, the decision was made to hold the US Pacific Fleet's fleet exercises off Hawaii in 1940. Following these maneuvers, the fleet remained at Pearl Harbor, which became its permanent base in February 1941.

World War II and After
With the shift of the US Pacific Fleet to Pearl Harbor, the anchorage was expanded to accommodate the entire fleet. On the morning of Sunday, December 7, 1941, Japanese aircraft launched a surprise attack on Pearl Harbor. Crippling the US Pacific Fleet, the raid killed 2,368 and sank four battleships and heavily damaged four more.

Forcing the United States into World War II, the attack placed Pearl Harbor on the front lines of the new conflict. While the attack had been devastating to the fleet, it did little damage to the base's infrastructure. These facilities, which continued to grow during the war, proved vital to ensuring that US warships remained in fighting condition throughout the conflict. It was from his headquarters at Pearl Harbor that Admiral Chester Nimitz oversaw the American advance across the Pacific and the ultimate defeat of Japan.

Following the war, Pearl Harbor remained the home port of the US Pacific Fleet. Since that time it has served to support naval operations during the Korean and Vietnam Wars, as well as during the Cold War. Still in full use today, Pearl Harbor is also home to the USS Arizona Memorial as well as the museum ships USS Missouri and USS Bowfin." 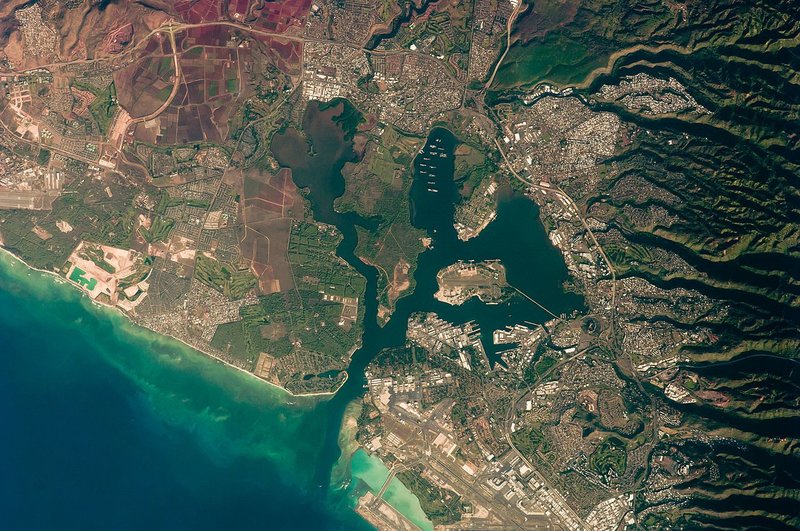 MSG Mark Rudolph
Posted 5 mo ago
I visit the memorial every time I go to Hawaii. Humbling experience.
(6)
Comment
(0)

SCPO Morris Ramsey
5 mo
It is amazing. Just as humbling every visit.
(3)
Reply
(0)