"Desmond Thomas Doss (February 7, 1919 – March 23, 2006)[1] was a United States Army corporal who served as a combat medic with an infantry company in World War II. He was twice awarded the Bronze Star Medal for actions in Guam and the Philippines. Doss further distinguished himself in the Battle of Okinawa by saving 75 men,[a] becoming the only conscientious objector to receive the Medal of Honor for his actions during the Second World War.[b] His life has been the subject of books, the documentary The Conscientious Objector, and the 2016 film Hacksaw Ridge.

Desmond Doss was born in Lynchburg, Virginia, to William Thomas Doss (1893–1989),[3] a carpenter, and Bertha Edward Doss (née Oliver) (1899–1983),[4] a homemaker and shoe factory worker.[5][6][7] His mother raised him as a devout Seventh-day Adventist and instilled Sabbath-keeping, nonviolence, and a vegetarian lifestyle in his upbringing.[8] He grew up in the Fairview Heights area of Lynchburg, Virginia, alongside his older sister Audrey and younger brother Harold.[7]

Doss attended the Park Avenue Seventh-day Adventist Church school until the eighth grade, and subsequently found a job at the Lynchburg Lumber Company to support his family during the Great Depression.[7]

Before the outbreak of World War II, Doss was employed as a joiner at a shipyard in Newport News, Virginia.[7] Doss entered military service, despite being offered a deferment for his shipyard work,[9] on April 1, 1942, at Camp Lee, Virginia.[10] He was sent to Fort Jackson in South Carolina for training with the reactivated 77th Infantry Division. Meanwhile, his brother Harold served aboard the USS Lindsey.[11]

Doss refused to kill an enemy soldier or carry a weapon into combat because of his personal beliefs as a Seventh-day Adventist.[12] He consequently became a medic assigned to the 2nd Platoon, Company B, 1st Battalion, 307th Infantry, 77th Infantry Division.

While serving with his platoon in 1944 on Guam and the Philippines, he was awarded two Bronze Star Medals with a "V" device,[13] for exceptional valor in aiding wounded soldiers under fire. During the Battle of Okinawa, he saved the lives of 50–100 wounded infantrymen atop the area known by the 96th Division as the Maeda Escarpment or Hacksaw Ridge.[14] Doss was wounded four times in Okinawa,[15] and was evacuated on May 21, 1945, aboard the USS Mercy.[16] Doss suffered a left arm fracture from a sniper's bullet and at one point had seventeen pieces of shrapnel embedded in his body.[16] He was awarded the Medal of Honor for his actions in Okinawa.

After the war, Doss initially planned to continue his career in carpentry, but extensive damage to his left arm made him unable to do so.[7] In 1946, Doss was diagnosed with tuberculosis, which he had contracted on Leyte.[16] He underwent treatment for five and a half years – which cost him a lung and five ribs – before being discharged from the hospital in August 1951 with 90% disability.[17][18]

Doss continued to receive treatment from the military, but after an overdose of antibiotics rendered him completely deaf in 1976, he was given 100% disability; he was able to regain his hearing after receiving a cochlear implant in 1988.[5][16] Despite the severity of his injuries, Doss managed to raise a family on a small farm in Rising Fawn, Georgia.[16]

After being hospitalized for difficulty breathing, Doss died on March 23, 2006, at his home in Piedmont, Alabama.[20] He was buried on April 3, 2006, in the National Cemetery in Chattanooga, Tennessee.[21] Frances died three years later on February 3, 2009, at the Piedmont Health Care Center in Piedmont, Alabama.[22][23]

The President of the United States of America, authorized by Act of Congress, March 3, 1863, has awarded in the name of The Congress the MEDAL OF HONOR to

for service as set forth in the following

Citation: Private First Class Desmond T. Doss, United States Army, Medical Detachment, 307th Infantry, 77th Infantry Division. Near Urasoe-Mura, Okinawa, Ryukyu Islands, 29 April – 21 May 1945. He was a company aid man when the 1st Battalion assaulted a jagged escarpment 400 feet high. As our troops gained the summit, a heavy concentration of artillery, mortar and machinegun fire crashed into them, inflicting approximately 75 casualties and driving the others back. Private First Class Doss refused to seek cover and remained in the fire-swept area with the many stricken, carrying them one by one to the edge of the escarpment and there lowering them on a rope-supported litter down the face of a cliff to friendly hands. On 2 May, he exposed himself to heavy rifle and mortar fire in rescuing a wounded man 200 yards forward of the lines on the same escarpment; and two days later he treated four men who had been cut down while assaulting a strongly defended cave, advancing through a shower of grenades to within eight yards of enemy forces in a cave's mouth, where he dressed his comrades' wounds before making four separate trips under fire to evacuate them to safety. On 5 May, he unhesitatingly braved enemy shelling and small arms fire to assist an artillery officer. He applied bandages, moved his patient to a spot that offered protection from small-arms fire and, while artillery and mortar shells fell close by, painstakingly administered plasma. Later that day, when an American was severely wounded by fire from a cave, Private First Class Doss crawled to him where he had fallen 25 feet from the enemy position, rendered aid, and carried him 100 yards to safety while continually exposed to enemy fire. On 21 May, in a night attack on high ground near Shuri, he remained in exposed territory while the rest of his company took cover, fearlessly risking the chance that he would be mistaken for an infiltrating Japanese and giving aid to the injured until he was himself seriously wounded in the legs by the explosion of a grenade. Rather than call another aid man from cover, he cared for his own injuries and waited five hours before litter bearers reached him and started carrying him to cover. The trio was caught in an enemy tank attack and Private First Class Doss, seeing a more critically wounded man nearby, crawled off the litter and directed the bearers to give their first attention to the other man. Awaiting the litter bearers' return, he was again struck, this time suffering a compound fracture of one arm. With magnificent fortitude he bound a rifle stock to his shattered arm as a splint and then crawled 300 yards over rough terrain to the aid station. Through his outstanding bravery and unflinching determination in the face of desperately dangerous conditions Private First Class Doss saved the lives of many soldiers. His name became a symbol throughout the 77th Infantry Division for outstanding gallantry far above and beyond the call of duty. 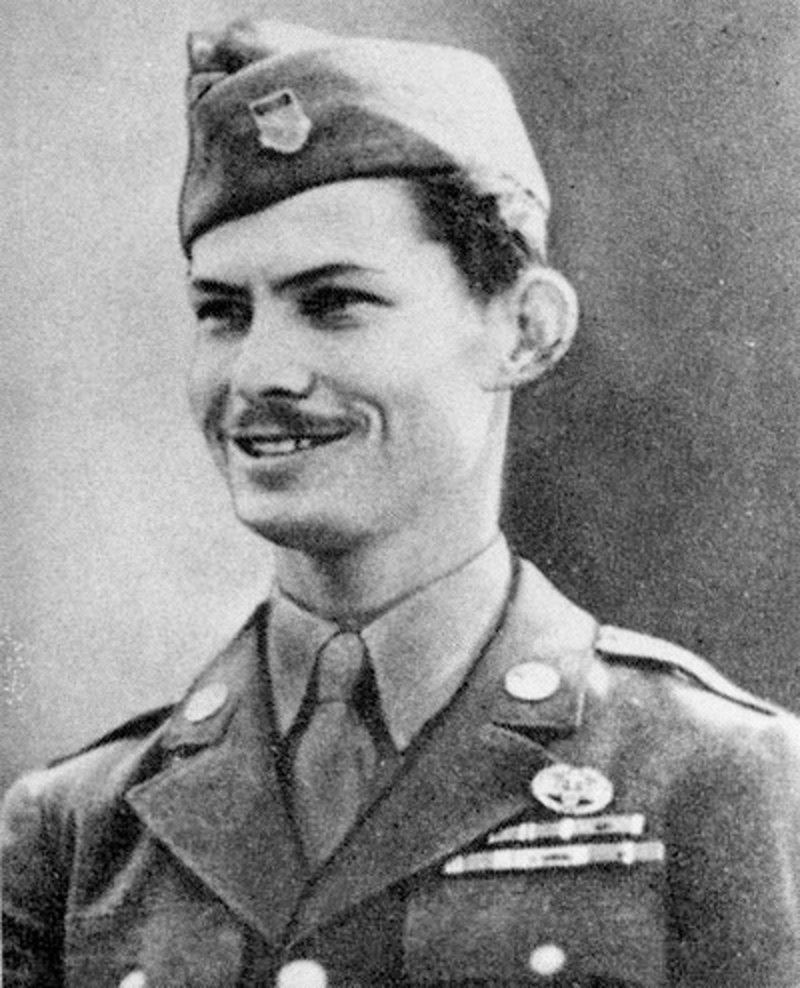 CW5 Jack Cardwell
Posted >1 y ago
A great hero. The movie Hacksaw Ridge is about him.
(8)
Comment
(0)

Lt Col John (Jack) Christensen
Posted >1 y ago
Very interesting citation and post military life. Can't recall the title, but there was a movie or tv show that covered his exploits a few years back.
(7)
Comment
(0)