LTC Eric Udouj
2.54K
26
16
15
15
0
Leadership is a difficult thing - and if the standards are not kept - the results will always be the same as seen time and again through history. When a military preaches having a leader always put mission first and people always - and then senior leadership takes out leaders who do just that.... it shows there is a senior level problem. 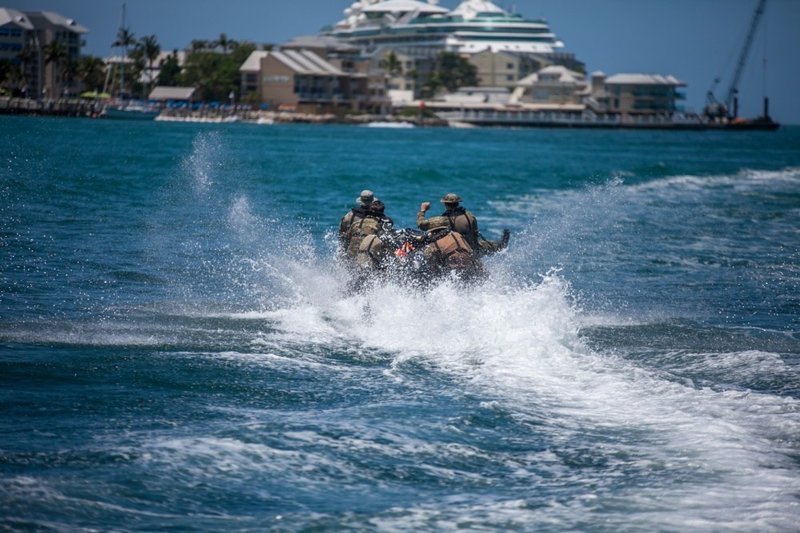 Posted from sofrep.com
Posted in these groups:

LTC (Join to see)
Edited 1 y ago
Posted 1 y ago
When the USS Yorktown was stricken, it was abandoned as a lost cause. After continuing to float overnight, 141 men were chosen/volunteered to go back aboard to see if they could salvage the ship. There were 141 casualties on the Yorktown attributed to the sinking. I don't know enough about it to know if it was these men but they were faced with a choice to leave it or try to rescue it. That is not a lot different from the circumstances faced by this recent carrier. You can argue that we were at a desparate war then with a clear cut enemey doing its best to destroy us but you must also consider, that Captain ahd no way of knowing what was going on other than our country was having a national emergency with the only evidence of it not being a directed attack coming from a very unreliable news organization. The circumstances surrounding the fate of the Yorktown primarily focused on the fact that it was one of only a very few straegic assests our country had in the pacific, in fact, a substantial percentage of our military power in the Pacific facing a vastly superior enemy who was aggressive, elusive, and effective. The ship and its crew were fighting men and they conducted themselves as such. When the final Japanese torpedos struck and doomed the vessel, they also struck the ship that was towing the carrier. Loss of life was incredible, far more than the 141 attributed to the Yorktown. The Roosevelt Captain was not some numbnuts private without authority and responsibility. He undoubtedly possessed more capability on that ship than many of our state governments do currently. His oath of office, charge of duty, and the covenant of his command was to fight that ship. It was weeks even more than a month afterwards that the ship experience one death in the fight against COVID-19. Whatever the Captain needed or didn't need should have clearly been available to him. If not, then there was a fucking Admiral on the ship sleeping just a few doors down. The Captain's fate should never be tied to his love of people, love of the ship, love of the job, personal desire to be an admiral himself. His fate was determined because he accepted the role of being responsible for that ship and the crew and for defending them until inevitable loss of combat power and loss of life made it untenable. In a nutshell, he accepted responsibility for the fate of that ship. Traditionally, most Captains do that and expect to be fully accountable in the event of an incident, under their control or beyond it. It's not a blind adherence to mission, it is a fulfillment of a covenant made with the American People, the Sailors, and the Navy. The comments about senior Navy Leadership is spot on. The very SecNav that relieved and berated him was in the process of destroying navy tradition in the renaming of the Arizona and Oklahoma, seemingly insignificant at the time but profound in regards to a view of duty, as opposed to the Captain of the Yorktown. These same flag rank officers and Dept of the Navy Civilians have been in charge of these operations for years. They were mostly educated together and obviously share the same values. In years gone by with aircraft falling from the sky and ships of the line crashing in commercial shipping lanes the only real thing done was to fire the ship captains and pick one fleet admiral to be responsible. At the time of the ships crashing, most likely because of readiness issues, we had a SecDef who's only real accomplisment was to shoot his mouth off often about what a badass he was with no verifiable results to support his contention, except perhaps in his own mind. That trickled through the Department of the Navy resulting in a Secretary that openly undercut the Commander in Chief's decision in the Seal case and broought in this eastern european acting secretary who was bent on continuing to destroy the time honored traditions of the service. The Captain of the Roosevelt himself, if he thought himself an honorable many could have at any point stepped in and declared bullshit on the leak, the requirements and the destiny of the ship and crew. Instead he chose the helpless little bitch role. The acting Secretary, if the truth be known was really upset at the exposing of the malaise in the flag level and civlian control of the Navy Department. It wasn't whether this poor pissant got fired, it was why wasn't the fucking admiral on the ship with him fired? Why wasn't the Task force Commander fired? why wasn't the fleet commander fired? Why wasn't CINCPAC fired? Why wasn't the CNO fired? and finaly why wasn't the SecNav fired for dereliction instead of a potty mouth?

What we are talking about is the swamp, that badly needed draining. I love our President, but until he cleans up the Navy Department, he has left a promise to us unfulfilled.
(1)
Comment
(0)

CPT Lawrence Cable
Posted 1 y ago
There is a distinct difference in jumping a level of unresponsive leadership and going outside of the chain of command completely. Crozier chose to go outside the chain, included people that didn't have the clearance to know the information that he included, and blindsided all those intermediate levels of command above him. Any NCO or Office worth a damn that has been in the Military for any length of time has had a bet your stripes/bars/etc. I've taken things to Battalion and Brigade Commanders when things or people were being fucked over by the immediate chain. I was lucky, I had my facts and figures together to back me up and those outcomes were eventually favorable, but I was under no illusion that this was always the case. In the cases this NCO gives, the level of command was bypassed after they failed to act, but none went public with classified information. I think the number of different crisis and scandals does indicate a leadership problem in the Navy (and the SEAL Community too), but I don't think Crozier's actions were justified by those problems.
(1)
Comment
(0)

Cpl Jeff N.
Posted 1 y ago
The mission always has come first. You only accomplish the mission by upholding standards and discipline in the ranks. Your example is why people follow you and will go through a wall to get things done for you. There is a line between taking care of your troops welfare and playing to the crowd. There is also a difference between people liking you and following/respecting you. It is easy to get people to like you as a unit leader.

Commander' s are in the ranks too. You sometimes have to issue an order that will get people killed or seriously injured. You cannot always put the welfare and health of your people first especially if you are in a job that is near the tip of the spear. The mission comes first and you can take care of your team even when the mission may cost some serious injury or death. Some of our greatest leaders have had to order men into situations that would get them killed. Captain Crozier made a mistake of worrying more about a virus than his mission. He could have worried about both.
(1)
Comment
(0)
show previous comments

Cpl Jeff N.
1 y
LTC Eric Udouj - The Navy already had a plan in motion for the USS TR. The wheels were in motion. That seems to get missed in much of this. The ship was not at risk of being inoperative or sinking in the next few days. Most of the people on the ship that had it were asymptomatic and could have been functional and isolated. There have been times in the naval service wounded men had to work their job in far worse shape than a virus and you are asymptomatic. Let's not blow this out of proportion.

As has been reported, there was a plan in motion. The commander of the ship got out over his skis, went out of his chain of command as the captain of a strategic US Naval asset and it got into the media and into our enemies knowledge basket.
(1)
Reply
(0)

LTC Eric Udouj
1 y
Yes and concur with all that - however - the CDR did not go directly to the media - but he did put out his message unclassifified. The then SECNAV left swearing there was a plan in place,,, but was there? Having been around a place the virus swept through - and the constant bombardment that it would lead to deaths... fear is a factor that does not resognate at the higher levels when time is critical. Senior leadership of the US Navy failed to understand that - nor did the Fleet commander personally move to resolve the issue when he saw it coming nor take responsibility for it. Instead the USN attempted to whitewash the whole of it - and without a narrative. They could have made the whole episode into something else entirely adn put positive spin during a Global crisis - but totally failed to understand social media and setting a narrative. And our enemies took note,,,, because if you can not do that --- you are far more likely to fail when someone else sets the narrative for you next time.. And such a failure is much greater than a ship out of action for short time -- it undermines your ability to get any mission done.
(1)
Reply
(0)

LTC Eric Udouj
1 y
Interesting the more info comes out on this... specifically who he did send that to and why no one stood ground against SECNAV.... was not 20 people as Navy had said.. It was all the senior Navy leadership in the Pacific minus 7th FLT. https://www.washingtonpost.com/national-security/how-an-outbreak-on-the-uss-roosevelt-became-a-defining-moment-for-the-us-military/2020/04/16/2735f85c-7f24-11ea-8de7-9fdff6d5d83e_story.html