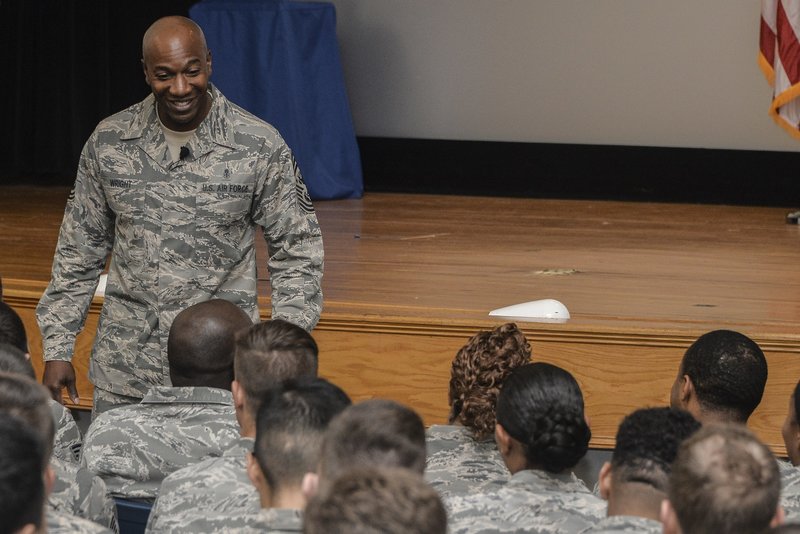 MSgt Larry Oliver (Ret.)
Posted >1 y ago
When the senior 'leadership' of Squadrons puts so many additional duties on their SNCO's and NCO's that they barely have enough time to take care of, mentor and guide their younger airmen, that is a huge problem. Furthermore, when PME is available online ONLY, that affects everyone who does not have an office job. How can we hold younger NCO's and Airmen accountable for their PME when they don't have the available resources? Manning is so tight that it's almost impossible to relieve others so they can work on their PME without affecting the mission at hand. Clearly, budgeting for more airmen and resources is the key as Washington ignored the warnings and cut too deep.
(11)
Comment
(0)

MSgt Larry Oliver (Ret.)
>1 y
MSgt Keith Hebert - In my experience, the majority of the additional duties were put on the full-time AGR's and Traditional SNCO's who were responsible for the NCO's and Airmen they supervised. The problem I saw was many of the 'support staff' (not all) would have plenty of time all day to travel from office to office talking/gossiping about everyone else when others on shift were trying to get the mission done while having to be tethered to a computer for MICT or other erroneous assigned tasks. This didn't help when we were told to get out of the building to do the job we were there for. Kinda hard to do both things at once without staying after the shift just to get everything done. There was a serious issue of assigned work out of balance with others. As I see it, it STILL comes down to a lack of funding by the Govt. for manning which could aleviate much of the issues that were causing unnecessary stressors. As a former Security Forces guy, the reasons for people to bail from service is not at all surprising ... yet, easily fixed with not only funding, but leadership that knows how to delegate not only to the shifts, but internally amongst themselves.
(0)
Reply
(0)

MSgt Fred Gottshalk
3 y
Those who are COMMITTED and resourceful will succeed, versus those who only look at it like it is a job. It is NOT a job; it is a PROFESSION, that REQUIRES a commitment greater than that of a 9-5 job. LEAD, FOLLOW, OR GET THE HELL OUT OF THEIR WAY.
(0)
Reply
(0)

MSgt John C.
Posted >1 y ago
Ignoring the Warrant Officer initiative, the Chief is completely lacking awareness of origins of enlisted PME in the Air Force and how it was developed and implemented over the years. His bio informs he enlisted in 1989 after much change had already been implemented pertinent to enlisted PME and enlisted performance reporting.

I'm not expressing any complaint about current policies, but rather the concern for finding solutions for the struggling with undermanning, underfunding, a lack of resources, high operations tempos and too many extra duties pertinent to the enlisted force structure most always include solutions suggesting making changes to PME, performance report and bringing back warrant officer rank into the Air Force's force structure will solve problems.

Forgotten is until the E-8 and E-9 enlisted ranks came into existence the Air Force was utilizing warrant officers as enlisted career field managers and other duties currently performed by E-8s and E-9s.

Forgotten is until the Air Force expanded it's E-4 force structure by initially splitting it into two ranks, one the SrA and the other the NCO Sergeant rank in December 1979 and subsequently in May 1991 doing away with the E-4 Sgt rank and making SSgt (E-5) the first NCO rank in the Air Force's enlisted force structure.

Forgotten all enlisted PME in the air Force was voluntary until completion of mandatory in-residence Airman Leadership school became a mandatory requirement for the SrA to get appointed (not promoted) to the E-4 Sergeant rank. Subsequently completion of required PME (NCO Academy & Senior NCO Academy) became required for promotion to TSgt and CMSgt and award of 7-skill level and 9-skill level.

Such motivation to improve the emotional wellbeing of Air Force enlisted also resulted in fancy ribbons such as USAF BMT Honor Graduate Ribbon (1976), Air Force Overseas Tour Ribbons (1980), Air Force Training Ribbon (1980) and it resulted in the 2014 PME ribbon eligibility being extended to completion of "distance learning" courses qualify for award of the ribbon.

Being ignored is 20-months TIS is when most enlisted airman becomes eligible for promotion to SrA (E-4). If they haven't already obtained award of 5-skill level they are completing this upgrade training and beginning 7-level upgrade training. It is also the entering TIS period of significance should the airman decide he/she wants to retrain out of current AFSC and entry classify into another AFSC. At what point should the initial baseline performance of an enlisted airman begin to get documented to indicate potential for increased responsibilities and accountability?

What's the next step, remove NCO duties from all enlisted rank in the Air Force as Warrant Officers due to rank are put into NCO leading positions with consideration that other than in the Battlefield Airman AFSCs most Air Force NCOs are not leading others into harms way into combat?

It could also result in some AFSCs disappearing completely from the enlisted occupations as they get converted to 100% warrant officer occupations. Point being made is be careful for what is being wish for as it may not result in what is being expected. All change brings good and bad with it, the better change brings mostly good results.
(6)
Comment
(0)

MSgt Steve Fredette
>1 y
I have always said, in the AF you have 5 NCO ranks, there are 5 Warrant Officer Ranks. If the other services are not going to eliminate their WO ranks, then bring them back. Make them ranks depicting expertise in the field, by awarding WO status to having a Bachelors Degree in ones field. Key words in ones field. Continue to require NCO and WO's to compete equally with each other for promotions, but make it to be recognized AF wide, if you see a WO in the AF, you see an Enlisted person with a 4 year Degree.
(0)
Reply
(0)

1stSgt Mack Housman
Posted >1 y ago
Not sure any of the proposed changes in this article will have any affect. The largest problem that I've witnessed in the part 33 years is deterioration of cohesive teams (i.e., Brotherhood in Arms). The AF seems to have become a 9-5 job (yes I know the other services will have some derogatory remarks). In the early years of my career, the folks you worked with were like a part of your family. I'm not sure that exists anymore.
(6)
Comment
(0)

MSgt (Join to see)
>1 y
When I first joined, the family aspect of being in the military was still strong, but has gone steadily downhill since 2008 and onward, in my opinion. I wish we could go back to that again.
(3)
Reply
(0)

MSgt Mark Bucher
>1 y
This was all McPeak's vision when he reorganized the force back in 91. Anybody remember the TQM or the updated RAF uniforms he wanted us to all to buy into? I saw it after the 1st gulf war, how the Air Force stopped being a military force and became a more "business" oriented service. The foundation of today's dysfunctional Air Force was laid back in 91, during the great drawdowns and peace dividend.
(2)
Reply
(0)

1stSgt Mack Housman
3 y
This is true. McPeak's tour as Chief was a tragedy for the AF!
(1)
Reply
(0)
Show More Comments
Read This Next
RallyPoint Home