LTC (Join to see)
2.86K
87
37
20
20
0
Just for the record, my Mother was born in Honduras. She came to United States legally in 1959. She moved back to Honduras in late 2010 because she was diagnosed with dementia and she wanted to spend her last years with my uncle under his supervision. When I go to Honduras yearly, many of the people I spoke to have tried to cross the border and have been caught. My cousin, a former (recently retired) Deputy Ambassador of Honduras in Washinton and Ottawa, has speculated that leftists in Honduras and Nicaragua and other conspirators(maybe Russians) are behind this to Foster Discord. Yes, I know Honduras is a fourth world country. I have been there at least 10 times. There is no welfare down there. Everybody works or tries to work. People trying to sell coconuts on the side of the road. People working in the fields. Yes, there is rampant drug problems and MS-13 does exist in El Salvador. You can blame the druggies from the United States and Canada that are destabilizing Central and South American governments because of the profits they can make shipping drugs through those countries to the drug addicts in North America. We need to do more to support the Central American governments against the drug war and gangs. That is part of the problem that are driving people North.

While Nancy Pelosi says that the wall is immoral, people are dying in
Central and South America because of the drug trade.

Too bad we couldn't send a few special forces task forces along with
civil Affairs & psychological operations units with backup to identify and capture all the drug cartel people that are destabilizing Latin America like the Taliban and Isis are destabilizing the Middle East. I am sure the host governments would not mind us being with them to work together to get these narcos taken care of permanently. 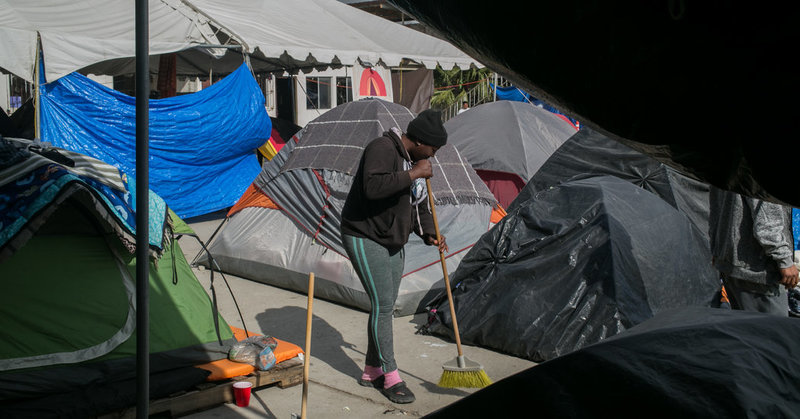 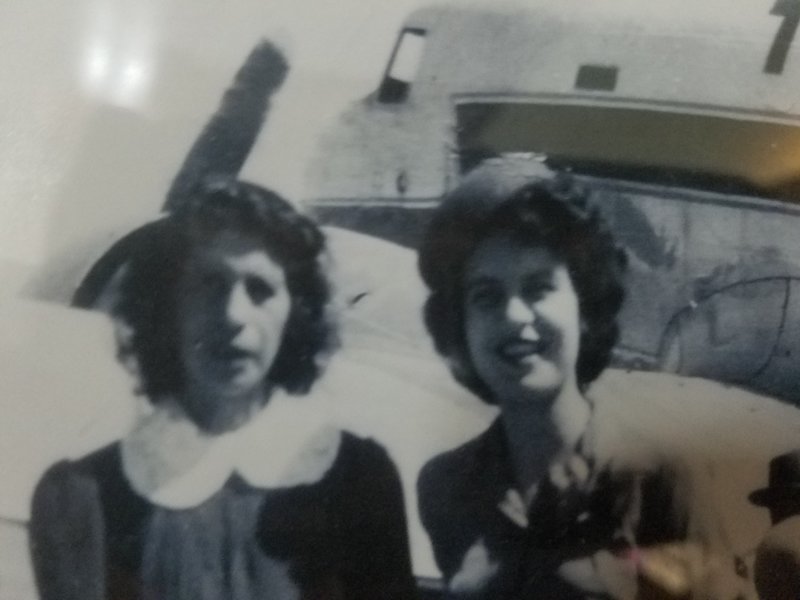 My mother coming back from studying in Peru sometime in 1958. On the left is my grandmother who was born in Guatemala. She was also mulatto or half black. Notice a DC-3 in the background. My mother also studied in Chile, Puerto Rico and in Brazil. She had a master's degree in social work.
(9)
Comment
(0)

LTC (Join to see)
>1 y
Cynthia Croft she also helped emigrate thousands of illegal aliens and to being permanent residents and even have actual citizens who came in under special rules before the 1987 immigration reform Act was passed. The problem is with Democrats and with aspiring immigrants who they think they're going to be grandfathered in if they come in and illegally again and again and again
(2)
Reply
(0) 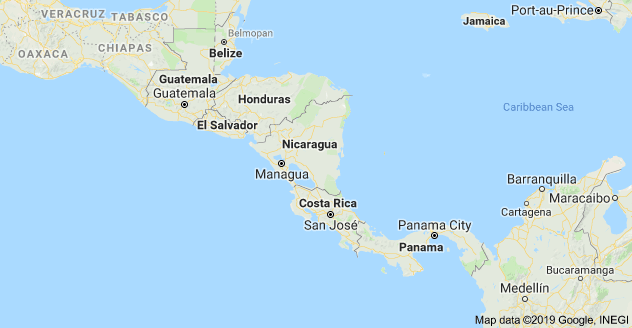 Thank you, my friend LTC (Join to see) for making us aware that a new caravan of undocumented Central American migrants is gathering in Honduras and is first focused on going through the southern border of Mexico - which does not support the idea based on recent experiences.
By the way, MS-13 is a local gang in our neighborhood of Sterling, Virginia. They murder people here occasionally.

I was forced to read the New York Times as a USMA cadet. I generally glance at what they state with a large grain of salt.
1. Hopefully, between the US Embassy in Honduras, Guatemala especially new broadcasts with those migrant wannabees who as part of the first caravan “returned regretful,” will ne used to dissuade many from journeying north in this fashion..
2. Hopefully Guatemala which lays between Honduras and Mexico will slow down if not stop this migrant caravan form attempting to get into the southern border of Mexico.
3. Thankfully the US government is reducing aid to Guatemala, Honduras and El Salvador based on the migrant caravans. The US Government has already reduced support to Guatemala, Honduras and El Salvador
Per Newsweek October 22, 2018
"President Donald Trump announced that the U.S. would begin "cutting off or substantially reducing" the "massive" foreign aid it delivered to Honduras, Guatemala and El Salvador, after the U.S. leader accused the three countries of failing to stop a caravan of Central American migrants making its way to the U.S. to claim asylum.
"Guatemala, Honduras and El Salvador were not able to do the job of stopping people from leaving their country and coming illegally to the U.S.," Trump said in a Twitter statement Monday morning.
"We will now begin cutting off, or substantially reducing, the massive foreign aid routinely given to them," he continued.
The president's announcement came after repeated threats to cut funding to Central American countries if they failed to take action to stop the caravan, now comprised of more than 7,000 people, from making its way to the U.S.
When or how exactly the U.S. leader plans to enforce the funding cuts is unclear.
How much does the U.S. give to Central America?
If Trump does follow through with his threat, more than $180 million in combined U.S. aid planned for Honduras, Guatemala and El Salvador in fiscal year 2019 could be at risk."
That number already represents a noticeable drop compared with amounts pledged in previous years, however"
https://www.newsweek.com/how-much-aid-does-us-give-central-america-trump-says-hes-cutting-funding-el-1180732

Image: Central America
"A U.S.-bound caravan is scheduled to depart from Honduras on Tuesday, according to Alejandro Encinas, deputy minister of Human Rights, Migration and Population at the Interior Ministry.
To tackle the year’s first wave of organized migration, officials convened a meeting in Tapachula, Chiapas, the southern Mexican state that serves as the point of entry for migrants heading north.
The idea is to avoid violent incidents seen late last year when hundreds of migrants rushed to a Mexico-Guatemala border crossing in an attempt to get into Mexico at any cost.
“We hope there is order, security and regulation,” said Encinas, adding that those able and willing to show the proper paperwork won’t have any problem getting in.
Mexican officials have also been in contact with authorities in Honduras, El Salvador and Guatemala, he said.
“The countries of origin also shoulder responsibilities and we hope they will fulfill their responsibilities,” Encinas told reporters.
Honduran media reported unknown organizers have publicized the caravan on social networks, instructing would-be asylum seekers to gather on Jan. 15 at the bus station in the northern Honduran city of San Pedro Sula.
In mid-October, a caravan set out from the same city and was joined by others on its journey to the U.S. border. Officials say some 6,000 migrants eventually concentrated along Mexico’s border with the United States which has taken a more anti-immigrant stance.
The U.S. embassy in Honduras has been posting messages on Twitter to discourage migrants from undertaking a “voyage that is destined to fail.”
Thousands of Hondurans who made the journey as part of the first caravan “returned regretful,” the embassy said.
The Honduran government urged its citizens not to join the caravan.
Deputy Foreign Affairs Minister for consular and migratory issues, Nelly Jerez, said citizens should “stay at home and seek opportunities in this country where God had us be born.”
“More than 2,000 Hondurans are in a shelter in Mexico, but remain in a precarious situation despite all the humanitarian aid,” said Jerez."

Trump vows to cut funding to three Central America countries, but how much aid does the U.S....

"Guatemala, Honduras and El Salvador were not able to do the job of stopping people from leaving their country and coming illegally to the U.S.," said President Trump.

LTC (Join to see)
>1 y
When I went to Honduras last winter, I just missed some usaid representatives and a couple doctors came down to the town where my mom lives for a medcap. You can't miss the usaid vehicles. I'm sure that stuff's going to still continue. To try to win the hearts and minds and do basic Medical to the poorest of the poor. There is no welfare in Honduras. you can't be like my stone step daughters in Canada who dropped out of school and then cry to the welfare workers to get put on the wealth or role to subsidize their drug and alcohol habit. In Honduras, it is not like how it is in North America. It is piss poor and the drug dealers selling stuff in the US and Canada are pushing the demand for the drugs to come through Honduras. On the road, you will see military police checkpoints and often you will see female police officers inspecting the vehicles because they are considered less corrupt. There is no Posse Comitatus in Honduras, El Salvador or Guatemala. You see military everywhere. They are nice to me. They don't know I military but they do know I am gringo.
LTC Charles T Dalbec LTC Stephen F. LTC Jeff Shearer Lt Col John (Jack) Christensen SSG(P) (Join to see) LTC Jaime Franco PVT Mark Zehner CSM Charles Hayden MAJ (Join to see) CPT Pedro Meza Cynthia Croft
(3)
Reply
(0)

Lt Col John (Jack) Christensen
>1 y
LTC (Join to see) And a poor country like that has no chance standing up to the drug dealers.
(2)
Reply
(0)

LTC (Join to see)
>1 y
Lt Col John (Jack) Christensen the biggest threat is not global warming. In Vietnam, the biggest threat was soldiers hanging out with prostitutes and shooting up on heroin and coming back to the US addicted. We are messed up from within and we should take the fight to the enemy to stop the supply of drugs at the same time push domestically Rehabilitation instead of liberalization of drugs.
(1)
Reply
(0)

LTC Jeff Shearer
Posted >1 y ago
Prior to 9/11 I spent a good bit of time down there. It is sad. I would love to have conversations over coffee about this and related subjects. Matter of fact I was in South America 9:11/01. I Love Latin America
(3)
Comment
(0)
Show More Comments
Read This Next
RallyPoint Home