COL Charles Williams
4.22K
39
12
11
11
0
Interesting read and perspective. I hope no one thinks Darryl Williams was selected for any other reason that he was/is the best qualified candidate.

I believe the author is referring to diversity related targets, not quotas, for admissions, scholarships, and various promotions and selections. 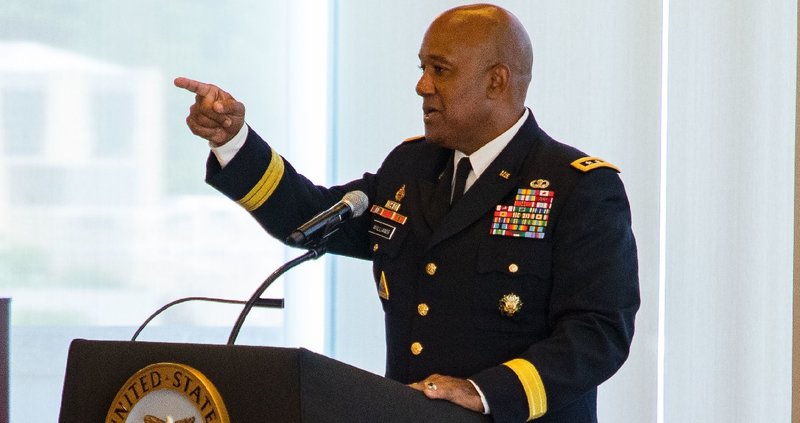 CPT Jack Durish
Posted 3 y ago
Once upon a time I deluded myself into thinking that I might witness the dawn of an age when race became irrelevant. An age in which we celebrated our differences rather than tolerated them. It was a pleasant dream...
(9)
Comment
(0)

LTC John Griscom
3 y
There are those to continue to push the wedge between us for their own benefit.
(2)
Reply
(0)

MCPO Roger Collins
3 y
But, still just a dream, CPT Jack. As the LTC says, race and gender are part of the cottage industry to create wealth and notoriety.
(2)
Reply
(0)

LTC Stephen F.
Edited 3 y ago
Posted 3 y ago
Thank you for sharing my friend COL Charles Williams
In 2002 and 2003 then LTC Daryl Williams and I were staff officers in HQDA G-4 planning cells. He was read into the OIF plan while I was in the long term planning cell. I was mobilized and he was regular Army. BG Jerome Johnson was the GO who was over both of us.
Daryl Williams is a quick study and a very capable officer.
While I was in G-4, from 2001 through 2006, women and black officers were promoted more frequently that others. Daryl Williams well deserved his promotion. Another friend of mine who is a black woman and DIMA USAR officer was selected and promoted to Colonel. She was great at planning functions and she executed a great promotion ceremony in the hall of heroes. Unfortunately she had minimal leadership skills and was retired within two years.
The Army had quotas peridocially for various reasons. I am a graduate of the first USMA class which included women - the class of 1980. Many of the women are friends of mine as well as many of the men. Our first Captain was Vince Brooks who is now General Vince Brooks.
FYI COL Mikel J. Burroughs LTC Stephen C. LTC (Join to see) Lt Col John (Jack) Christensen Lt Col Charlie Brown Maj Bill Smith, Ph.D. Maj William W. 'Bill' Price Maj Marty Hogan SCPO Morris Ramsey SSG John Ross SGT Mark Halmrast Sgt Randy Wilber Sgt John H. SGT Gregory Lawritson CPL Dave Hoover SPC Margaret Higgins SrA Christopher Wright Cpl Gabriel F.
(5)
Comment
(0)

SSG Warren Swan
Posted 3 y ago
I think his resume speaks for itself. But at the same time, it’s not enough. When women are seen as a males ‘equal’ you’ll see a female Div CDR, DIV CSM, Corps CDR, Corps CSM, CoS, SMA, and advisor to the CJS. Using the LTG as an example, he’s breaking another glass ceiling the same way women graduated Ranger school. He will be judged on the color of his skin, the same way those Rangers were based solely off their sex. The military is the worlds best and open eternal social experiment, but there will always be those who feel a certain person with a certain MOS, ‘right’ skin tone, or other factors that shouldn’t be used to judge a candidate IS used to judge the candidates ability to do the job.
Wanna see how it could work? Take out ALL identifying information at NCO/Officer promotion boards. Nothing that can tell the members who or what the Soldier in front of them is, and watch how many women rise up into areas they would never reach otherwise.
(2)
Comment
(0)

COL Charles Williams
3 y
SSG Warren Swan We were TAC Officers together at West Point. Everyone wanted to be like Darryl. He was the man.
(5)
Reply
(0)

MAJ (Join to see)
2 y
So, you've just described what the USAF has had for decades. Yay, "Army Strong" ... no one said it was Army SMART
(0)
Reply
(0)
Show More Comments
Read This Next
RallyPoint Home