Graphic novel brings to life the story of a Korean War hero
By Sarah Sicard
May 6, 12:16 PM
Ralph Puckett was a commander of the 8th U.S. Army Ranger Company during the Korean War. (Image via AUSA)

On May 21, 2021, President Joe Biden presented 1st Lt. Ralph Puckett with the Medal of Honor for valorous action in the Korean War on November 25, 1950. But his story takes on new life in the form of a graphic novel. 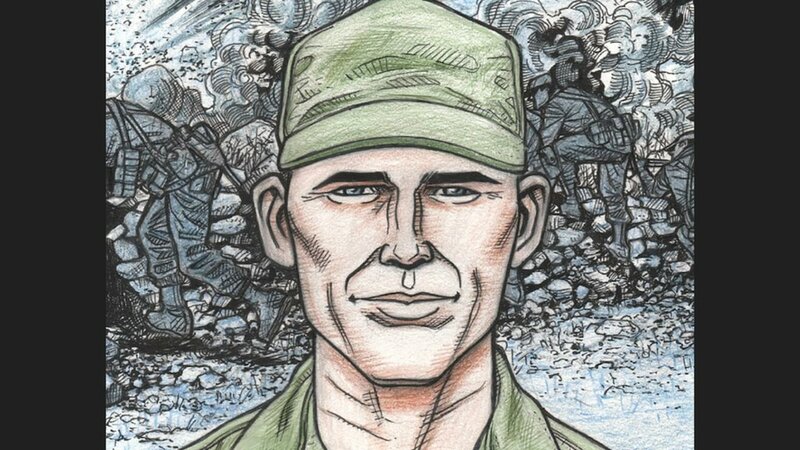 Puckett was originally presented with the Distinguished Service Cross before being upgraded to the Medal of Honor.

“The Association of the United States Army celebrates their valor with the Medal of Honor graphic novel series,” according to a release from AUSA.

“These full-color digital books are created by a talented team of professionals drawn from the world of comic book industry, and the details are vetted by professional historians. Each eight-page issue profiles a true American hero, bringing to life the daring deeds that distinguished themselves by gallantry in action ‘above and beyond the call of duty.’”

In October 2018, AUSA released its first edition of “Medal of Honor: Alvin York.”

SMSgt Anil Heendeniya
7 mo
I had the honor of meeting Senator Inouye back in 1987 when I was guest-lecturing during my TDY from Kadena (Okinawa) for PACAF Professional Military Education at Bellows Air Force Station just north of Waimalano. What a nice guy he was--soft spoken, direct eye contact, a fun sense of humour, and like all who'd walked in the face of violence as he did, he was totally unassuming, kind, and impactful.
One of my best TDYs ever!
(0)
Reply
(0)

SMSgt Anil Heendeniya
Edited 7 mo ago
Posted 7 mo ago
SFC Joe S. Davis Jr., MSM, DSL
Interesting...it's nice to see these narratives come out for all to read about the brave exploits of our nation's heroes.
Thank you for sharing, Joe!
(12)
Comment
(0)

A1C Medrick "Rick" DeVaney
Posted 7 mo ago
WHEW,
This Is A "MAN Among MEN",
About As Close To Being A "SUPER HERO" As A Human Being Can Get.
Impressive Beyond Anything I've Ever Read.
Thanks Ever So Much Joe.
(6)
Comment
(0)
Read This Next
RallyPoint Home