The now viral video shows four Black girls, ages 6, 12, 14 and 17, lying face down in a parking lot with the youngest wearing a pink crown and crying for her mother as another girl begs Aurora police officers, “Can I hug my sister next to me?”

Brittney Gilliam, handcuffed in the back of a police cruiser after police wrongly apprehended her because they believed she was driving a stolen car, felt helpless as her daughter and nieces wailed. Sunday was supposed to be a girls’ day at a nail salon but now police had drawn guns and forced them to lie face down on hot asphalt.

“I felt rage,” Gilliam said. “I felt weak that I couldn’t protect my own kids from that happening to them. When you’re a parent, you have to answer every time your child calls, cries, gets a boo-boo. You have to be there to pick up the pieces all the time. Not being able to pick up the pieces — with the officers dehumanizing them, putting them through that traumatic experience — it’s heartbreaking.”

The video became the latest crisis for the Aurora Police Department, and on her first day as its permanent chief Vanessa Wilson apologized and, yet again, tried to explain how her department erred by failing to double check information from a license-plate scanner before detaining Gilliam and four children.

In a Tuesday interview with The Denver Post, Wilson explained how officers bungled the Sunday incident that has drawn national attention and criticism to the department. The chief described several errors made by the officers and said she recognized the officers’ actions were traumatic to the children.


The officers are not on administrative leave and continue to work their assignments while an internal investigation continues, Wilson said.

The detainment of the children is the latest in a year-long string of controversies for the Aurora Police Department.

Since the Aug. 30 death of Elijah McClain after a violent arrest by officers, the department has also reckoned with the case of an officer who escaped criminal investigation and kept his job though he passed out drunk in his police car while armed and on duty; the conviction of a former officer for stealing from a nonprofit; fallout from the department’s decision to forcefully disperse a largely peaceful crowd at a vigil for McClain; multiple officers charged with DUIs; and a scandal where officers posed for smiling selfies at the site of McClain’s arrest while mimicking the chokehold used on McClain.

The Sunday incident began about 10:55 a.m. after Gilliam drove through an intersection with a license-plate reader, which automatically scans the plates of passing vehicles and runs the numbers against a database of stolen or wanted vehicles. If the number matches one in the database, the machine takes a picture of the passing car.

The reader, however, does not record the state where the license plate was issued or what type of plate it is. The license plate number on Gilliam’s car matched the number of a motorcycle reported stolen, though the motorcycle had Montana plates, Wilson said.

The license-plate number and the photo of Gilliam’s car were then sent to officers, who failed to look up the plate number in the National Crime Information Center to double check the information. If they had taken time to double check, they would have realized Gilliam’s SUV was not the stolen motorcycle.

“There was a mistake there,” Wilson said. “I would have expected that they should have followed training and verified that prior to the stop.”

The officers then pulled next to the parked SUV, drew their guns and ordered everyone out of the car. Gilliam and children followed officers’ orders. The four children laid face-down on the pavement for at least two minutes while at least five officers watched. Officers handcuffed the 12-year-old and the 17-year-old.

Gilliam repeatedly asked the officers to check her license and registration, she said, which they declined to do.

Allowing the children to remain on the ground was a second mistake, Wilson said. It is department policy to treat interactions with reported stolen vehicles as high-risk, but officers should have changed their tactics as soon as they realized something was wrong, Wilson said.

“We’re hoping that an officer is going to make the determination and say, “Hmm, something’s wrong here — I’m not going to put this little kid on the ground,’ ” Wilson said. “Unfortunately that didn’t happen.”

Wilson reached out to the family to apologize and offer counseling resources, she said, but has not heard back. The internal affairs investigation into officers’ actions will go on with or without the family’s involvement, she said.

Gilliam said she has no interest in hearing Aurora’s explanations or apologies.

“If it was a white family,” she said, “it never would have happened.”

The botched detainment showcases a department that continues to display a culture of violence, David Lane, a civil rights attorney representing Gilliam, said.

“If there is a police agency in the country — certainly in the state — that needs to be defunded, abolished and built from the ground up, it’s the Aurora police department,” he said.

Sunday’s events serve as an example of how extensive policies often get in the way of creative problem solving by officers in the field, said Paul Taylor, a former University of Colorado Boulder cop who researches and teaches police officers’ decision-making at CU Denver.

“Departments are trying to specify decision-making processes down the line, and sometimes that can inhibit good decision-making that’s best for the public and for the officers, he said. “When they rely on written instruction to guide practices, sometimes those lead to bad outcomes.”

Instead of focusing on writing new policies after every bad outcome, Taylor said, departments should be investigating the root of why that decision was made in the first place.

The department also needs to look into whether any of the officers on scene questioned what was happening and, if so, why that officer didn’t speak up, said Omar Montgomery, president of the Aurora branch of the NAACP.

“This incident is hitting the core of people on all levels — apologies are okay,” Montgomery said. “But I need a stronger statement, followed by action. Not just from police chief but from our mayor, our council and our city manager.”

With guns pointed at the children, Gilliam’s mind couldn’t help but travel to the stories of Black men and women being killed by police.

“That mistake could have been deadly,” she said about being detained. “How do you look at a parent and say, ‘I killed your child?'”

As protests erupted in Denver and Aurora in the wake of the Minneapolis killing of George Floyd this summer, Gilliam stayed on the sidelines. She wasn’t one to march and chant.

“This definitely makes me want to be more involved,” Gilliam said. “I couldn’t understand it fully, but now being on other side, I now understand what it means to protest for change.” 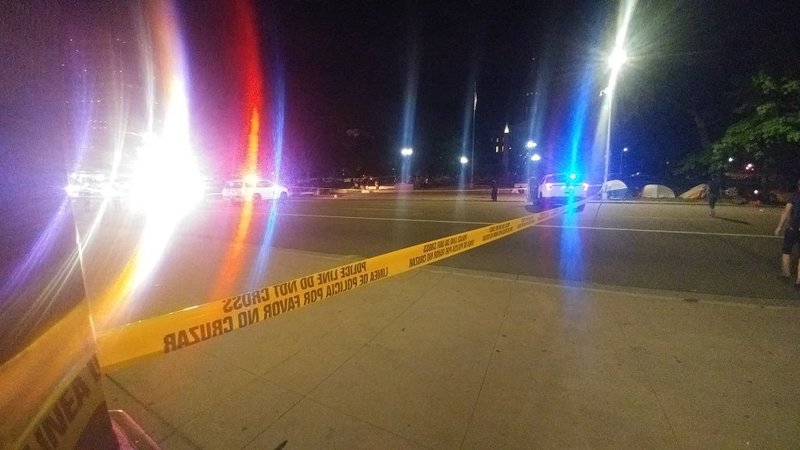 Posted from denverpost.com
Posted in these groups: