LTC (Join to see)
619
17
10
8
8
0
The Russian Ruble is back to its original value since before the invasion of Ukraine and Russian oil production is back to normal because China and India are purchasing the oil that the USA amd Europe have decided to not purchase.

At the same time, President Biden is looking everywhere but our own soil for oil. A hot microphone at the G7 Summit showed that President Macron of France was telling President Biden that OPEC is all tapped out and can't help out on our oil shortage in the USA.

Another self-inflicted injury on the oil and gas industry done by our President Biden on purpose.

President Biden is the new Walter Mitty. Walter Mitty was a movie character who was always daydreaming and thinking he could save the world or be a hero some way.

Instead, he is getting the rank and file upset independent voters are going to make some big changes in the midterms to tell President Biden to change course.

The Secret World of Joe Biden thinks he can save the world and make it all go green. I am including the 1947 Danny Kaye movie The Secret World of Walter Mitty to show what I think President Biden is in Dreamworld thinking that he can flick a switch and make us all go electric and turn off all fossil fuels in a very short time. To offset the lack of Russian Oil and Gas, the Europeans are going back to Coal Fired power plants to keep from having brownouts and blackouts like last year so his policy or his dream of Europe going Green is now in tatters. 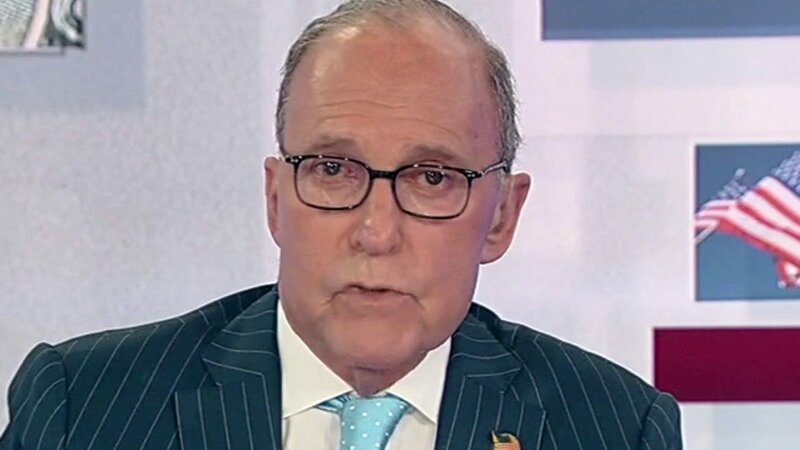 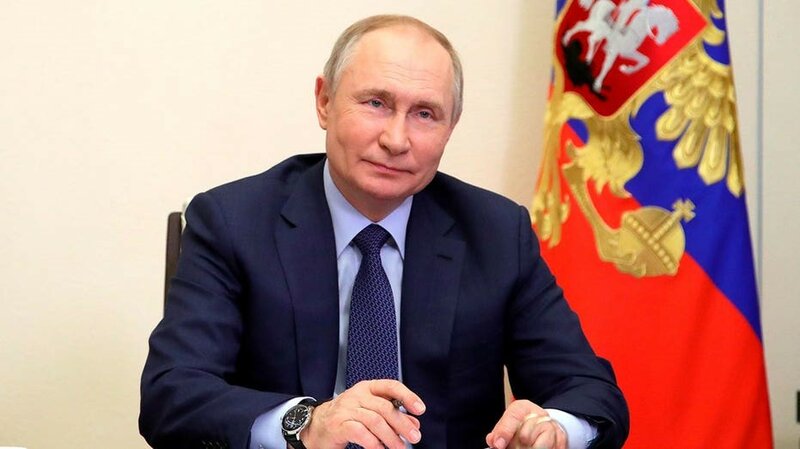 Biden has dug himself into a big box of 'radical green energy': Larry Kudlow

FOX Business host Larry Kudlow says Biden's 'savior' is not going to come from wind turbines after the president failed to meet with oil CEOs at the White Ho...

Thank you my conservative friend LTC (Join to see) for posting the perspective from foxbusiness.com 'Larry Kudlow: Putin has outsmarted the West'
Larry Kudlow weighs in Biden's energy policies

Biden has dug himself into a big box of 'radical green energy': Larry Kudlow
FOX Business host Larry Kudlow says Biden's 'savior' is not going to come from wind turbines after the president failed to meet with oil CEOs at the White House on 'The Evening Edit.'
https://www.youtube.com/watch?v=E6SMPR8Sihg

Background from {[foxbusiness.com/media/larry-kudlow-putin-outsmarted-west]}
The G-7 meeting in Germany has made at least one key point absolutely clear. Joe Biden's so-called "energy transition" to renewable fuels is a complete failure, not just in the U.S., but now worldwide, globally, an utter failure.
In Europe, the countries are talking renewables, but are reopening coal plants. That's because they either can't get enough Russian oil and gas supplies, or what they can get is too expensive, or both.
Austria, Germany, Italy and the Netherlands... all reopening coal plants. Their so-called "green strategies," shoved aside.
They made a transition alright, back to the worst carbon polluters. The president of Nigeria, which is a big oil and gas producer, is berating the Europeans for thinking renewables will pave the way to industrial prosperity.
European Brent oil is running around $115. West Texas crude is about the same. Gasoline just under $5 is causing massive political backlash and threatens economic recession. Biden's green strategy is in complete collapse.
Image: Russian President Vladimir Putin attends a meeting with young award-winning culture professionals via videoconference in Moscow, Russia, Friday, March 25, 2022.
Most regrettably, the guy with a smile on his face is Vladimir Putin. The sanctions strategy has backfired on the U.S. and NATO. Putin's making money hand over fist.
His ruble currency is at a pre-war high. It's the pound and the euro that have been sinking out of sight. Putin has found new customers, China and India.
India's Russian imports have moved from 30,000 barrels per day back in February to a million barrels per day in June.
When the Indian finance minister was asked why he's doing this, "isn't he undermining the western defense of Ukraine?" he responded simply: "everyone else is buying Russian oil, why shouldn't we?"
Hate to say it, but he's right. I hate to say this, but Putin has outsmarted the West.
If Joe Biden had been willing to face reality and pull back on his war against fossil fuels by waving all his regulations and restrictions and sanctions on fracking, pipelining, refining, and so-forth, if he had shown some flexibility in the face of sky-rocketing energy prices and a political revolt at home, then it's quite possible that energy supplies would be much greater today for all components and distillates, prices would be lower, or at the very least futures prices would be significantly lower.

All of which would've added relief to the West’s energy crisis. Lower prices would've hurt Putin's war machine financing, but Biden was stubborn, self-centered, politically narcissistic and has utterly failed to help the NATO coalition, as well as ordinary workin' folks and people driving trucks and grocery stores and real wages.
All this could have been mitigated, if not avoided, but for his stubbornness clinging to this idea of a 100% transition to renewables—craziness.

Now comes the craziest part of all. After gimmicks like a gas tax holiday or running down our strategic petroleum reserves (which are there for national security, not political price-fixing), or even debit card subsidies for gasoline, here's the latest: price controls. Yup, price controls. I'm surprised it took the socialists so long to get there.
Janet Yellen is leading the way, distinguished former Fed chair married to a Nobel Prize winner touting price controls on Russian oil. Really? But wait! It gets better.
That former Wall Street capitalist Emanuel Macron wants to go really big. He wants price controls on all oil producers: Russia, Saudis, OPEC, probably Venezuela, maybe Iran—who knows? Probably, his world oil price controls would mean—you guessed it — price controls on American oil, too. Right?

That's only fair, global oil price controls, not on solar or wind, but fossils.

As I shut my eyes and lean back, I see Richard Nixon, Jerry Ford, Jimmy Carter. "Whip inflation now" on a grand scale. It's a global race to socialism. Never mind the obvious shortages, energy wars, or just the plan stupidity of repeating an age-old socialist mistake, but, then again, when you look around that G-7 table— Biden, Trudeau, Scholz, Macron, Draghi, Johnson — I don't see much of a commitment to free-market capitalism.

Works for me because Americans don't see much life, liberty or happiness right now, but I know a way out and, yes, the cavalry is coming. Woke big-government socialism is dead.' 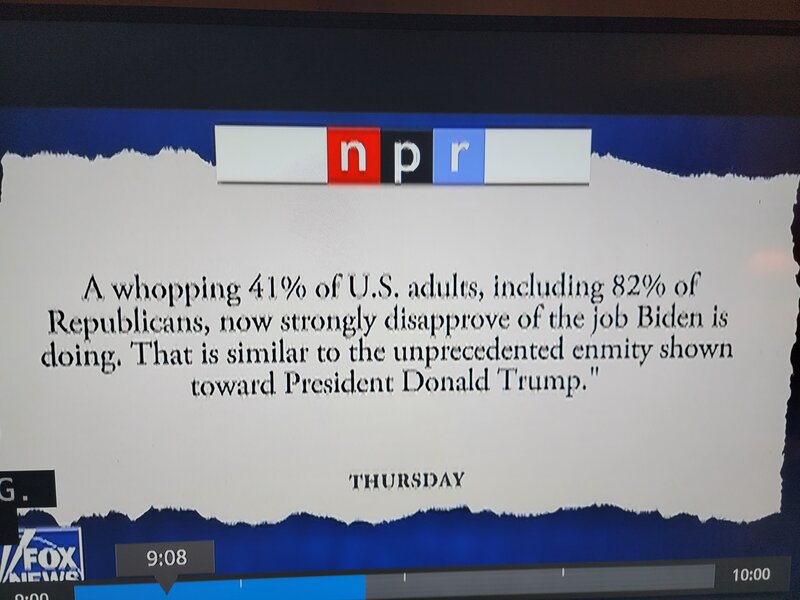 The Naysayers will say Fox News is bunk. Democrat Economist Larry Sommers and Democratic Senator Joe Manchin have been on the show before and discussed issues of the Economy, oil and taxation that Walter Mitty Biden does not believe in lower taxes to generate more receipts and he refuses to help because of all the rules, regulations and even oil leases pulled from Federal Land. This Adminiistration lies time and time again!
This Picture of from September of 2021. NPR, a lover of Biden, points out the growing frustration with his Administration way before 'Putin's Prices'.
(3)
Reply
(0)

CPT (Join to see)
Posted 5 mo ago
Excerpt from link —> “… In a bid to mitigate his policies’ disastrous inflation of energy prices, the President has been selling off a million barrels a day, bringing the reserves to their lowest levels since 1987...”

Biden squanders his strategic legacy as the CCP stockpiles for war

As President Biden confers with other leaders this week, the disconnects between his stewardship of our security and steps being taken by our adversaries should be top of mind. Instead, they’re getting scarcely any attention – especially here at home. Take for example, Biden’s squandering of our st 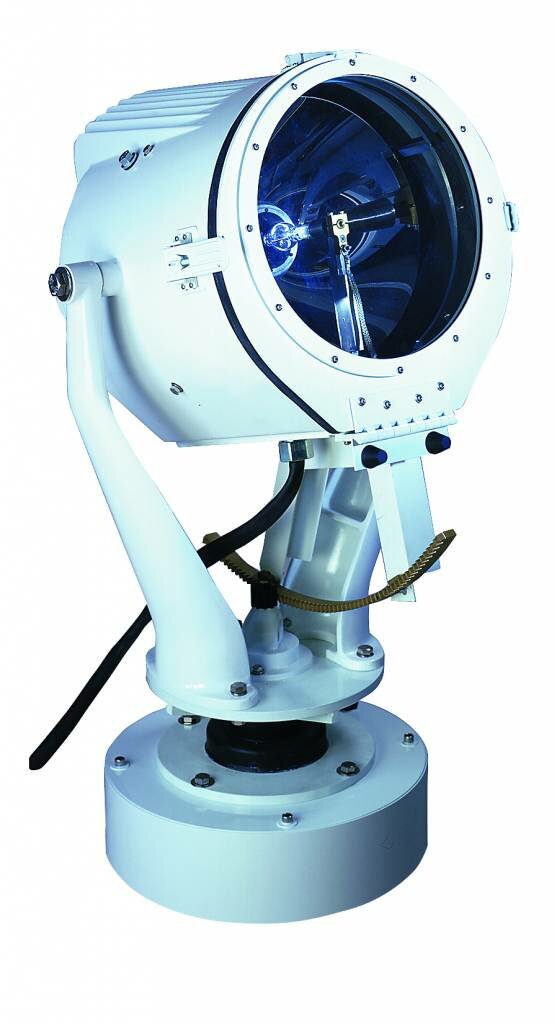 SFC (Join to see) And —> excerpt from link: “Finding an honest man today in Washington, D.C., is equally challenging. Diogenes would need a Xenon Searchlight in each hand...”

When the Lies Come Home - The American Conservative

After lying for months, the media are preparing the public for Ukraine’s military collapse.