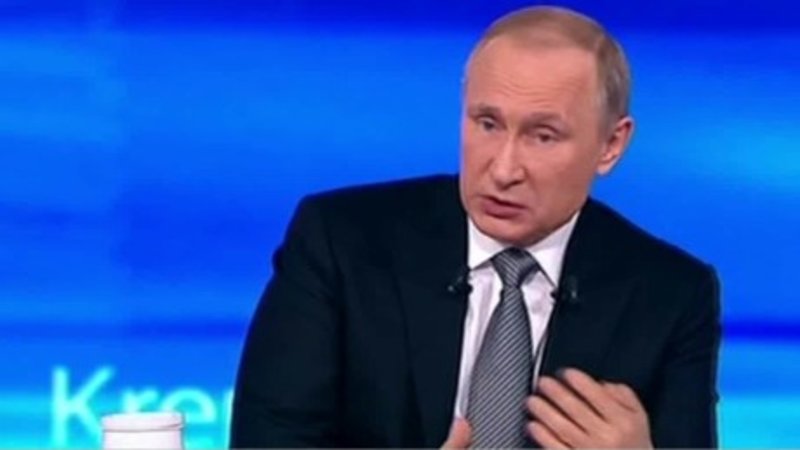 Posted from cnn.com
Posted in these groups: NATO

CPT Jack Durish
Posted >1 y ago
I suspect that Putin is simply taking advantage of the fact that the US Administration won't have the fortitude (yes, I wanted to use another word) to respond aggressively. They'll just show up with another toy (like their "Reset Button") and have a moment on the diplomatic stage. In other words, it's all just theater staged for the benefit of the Russians who pine for the "good ole days"...
(4)
Comment
(0)

LTC Stephen F.
Posted >1 y ago
The leaders of NATO probably may not fear Vlad Putin but they may well learn that he is serious if he feels his nation is threatened by the deployment of the anti-missile systems in eastern Europe SMSgt Dr. G. A. Thomas.
Russia knows its own history very well and how many times they have been invaded since the time of Christ walking on this earth. They remember when US forces occupied the Volga river region and eastern Russia following the Russian revolution in 1921 and 1922.
(3)
Comment
(0)

CW5 Andrew J. Foreman
Posted >1 y ago
I think it is the opposite - Putin does not fear NATO. Russia invade Georgia, NATO did nothing; they "annexed" Crimea, NATO did nothing; invaded the Ukrine, NATO did nothing; our Navel ships are bussed and harassed by Russian fighters, we do nothing. What in God's name does he have to be afraid of? Not NATO or any NATO nation. The question is how far will Putin go before we or any NATO nation does a thing. He could overrun the Baltics before NATO could even make a decision to act.
(2)
Comment
(0)
show previous comments

Do you propose "extending" that plan of action OUTSIDE of NATO towards any other government that the government of the US doesn't happen to like at any particular moment in the name of "promoting freedom" by "assisting the freedom fighters"?
(0)
Reply
(0)

Maj John Bell
>1 y
COL Ted Mc - I fundamentally do not see this as a "freedom fighter" assistance program. I am ABSOLUTELY opposed to externally prompted or supported regime change. That is the role of declared war. The short answer is no. I do not propose extending the plan. The long answer is that I believe there are a certain set of pre-conditions that must exist to make it viable.

SUPPORTED COUNTRY
_A strong sense of national unity in an existing internationally recognized country.
_A strong, stabile, government without a viable internal nascent threat of overthrow
_The absence of a viable nascent internal separatist movement
_A lack of aspiration to press territorial counter claims
_A strong proclivity for western style human rights and civil liberties
_A viable economic system in the defending country
_This list is not exhaustive but my brain is starting to hurt.

We have plenty examples of what happens with forced regime change. I only advocate this policy for nations that face imminent encroachment by nations that possess substantial military superiority. Russia has shown a willingness and the ability to take territory from nations that cannot stand against her. I cite the Ukraine and Georgia.
(0)
Reply
(0)
Show More Comments
Read This Next
RallyPoint Home