WASHINGTON—The Supreme Court will consider whether the Constitution allows a Catholic organization to reject same-sex couples as foster parents in a city-funded child-welfare program, despite a local ordinance prohibiting discrimination based on sexual orientation.

The case—a potential watershed for religious rights—pits the city of Philadelphia against Catholic Social Services, an arm of the Archdiocese of Philadelphia that has been placing foster children in homes since 1919. The city suspended referrals to the organization after learning it wouldn’t consider same-sex couples, and it declined to renew its contract after it expired. Catholic Social Services sued, contending that the constitutional guarantee of religious exercise prohibited the city from imposing the nondiscrimination requirement on its foster-care contracts.

“I’m relieved to hear that the Supreme Court will weigh in on faith-based adoption and foster care,” said Lori Windham, senior counsel at Becket, a religious-rights advocacy group that represents Catholic Social Services. “We are confident that the court will realize that the best solution is the one that has worked in Philadelphia for a century—all hands on deck for foster kids.”

Philadelphia’s chief legal officer, City Solicitor Marcel Pratt, said the case “is ultimately about serving the youth in our care, and the best way to do that is by upholding our sincere commitment to the dignity of all people, including our LGBTQ community.”

More broadly, Monday’s announcement signals another step for the court’s conservative majority in re-examining the boundaries between church and state that some justices say improperly curtail many Americans’ religious exercise. While some religious-exercise decisions in recent years have been based on federal statutes that Congress is free to review, the Philadelphia case potentially holds even broader significance as it is based on constitutional provisions that can’t be amended by lawmakers.

The Philadelphia case will be heard in the court’s next term, beginning in October, with a decision expected by June 2021.

Many initiatives of the court’s majority, bolstered by Trump appointees Neil Gorsuch and Brett Kavanaugh, involve scrutiny of legal doctrines that prevailed during the liberal mid-20th century. The Philadelphia case involves an ideological role reversal, with conservative litigants suggesting the court overrule or limit a 1990 precedent written by an icon of the right, the late Justice Antonin Scalia, that rejected religious claims for exemption from general laws.

In that 1990 case, Employment Division v. Smith, the court upheld Oregon’s denial of unemployment benefits to adherents of a Native American religion who used peyote, a controlled substance, as a sacrament.

“We have never held that an individual’s religious beliefs excuse him from compliance with an otherwise valid law prohibiting conduct that the State is free to regulate,” Justice Scalia wrote.

In ruling for the city last April, the Third U.S. Circuit Court of Appeals, in Philadelphia, relied on that 1990 precedent.

But “if all comment on religiously motivated conduct by those enforcing neutral, generally applicable laws against discrimination is construed as ill will against the religious belief itself, then Smith is a dead letter, and the nation’s civil rights laws might be as well,” he wrote.

Courts sometimes have struck down laws that are neutral on their face but actually based on an apparent hostility to a particular religion. In 1993, for instance, the Supreme Court invalidated a Hialeah, Fla., ordinance forbidding ritual slaughter of animals because it was intended to stop a Santeria church from its religious practice.

There was no finding, however, that Philadelphia was motivated by hostility toward Catholicism, and lower courts ruled the city had no constitutional duty to issue contracts to organizations that didn’t comply with its policies.

Philadelphia continues to work with Catholic Social Services to operate other programs, and it continues to rely on both religious and secular organizations in its foster-care system.

Most of the court’s liberals dissented from Justice Scalia’s 1990 Smith decision, including Justice William Brennan, who had written an opinion in 1963, Sherbert v. Verner, holding that South Carolina couldn’t deny unemployment benefits to a Seventh-day Adventist who was unwilling to work on her sabbath, Saturday, while imposing no penalty for refusing to work on Sunday, the day of worship for most Christian denominations.

The 1963 opinion found that the state needed a “compelling interest” for denying unemployment benefits in such circumstances.

Congress, under Democratic control in 1993, passed the Religious Freedom Restoration Act, which specifically declared its purpose as reinstating “the compelling interest test as set forth in Sherbert v. Verner” for both state and federal law. The Supreme Court, however, in 1997 struck down the state-law provisions, finding that Congress had no authority to impose on states protection for religious expression that exceeds that provided by the First Amendment.

In 2014, the Supreme Court, by a 5-4 vote along conservative-liberal lines, found that the religious-freedom act entitled Hobby Lobby Stores Inc. to deny contraceptive coverage to female employees, despite an Affordable Care Act provision requiring it as part of workplace health insurance. 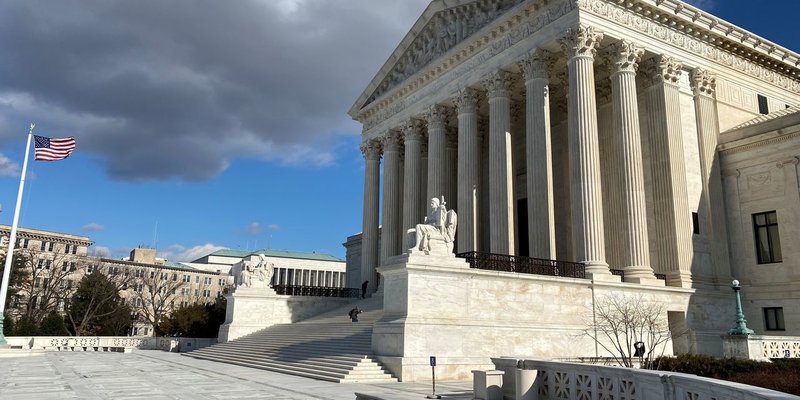 PO1 (Join to see)
Posted 1 y ago
If CSS wants to be able to ignore city ordinances then CSS should operate without funding from the city as a 100% privately-funded organization.
(2)
Comment
(0)

MSgt Dave Hoffman
Posted 1 y ago
It will be interesting to see how this comes out.
(2)
Comment
(0)
Show More Comments
Read This Next
RallyPoint Home